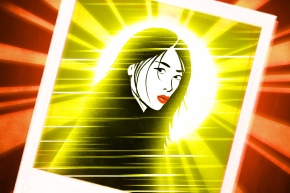 The Corner Of The Internet Where The Dead Live On

What drives people to share an image of their deceased loved one with thousands of strangers? 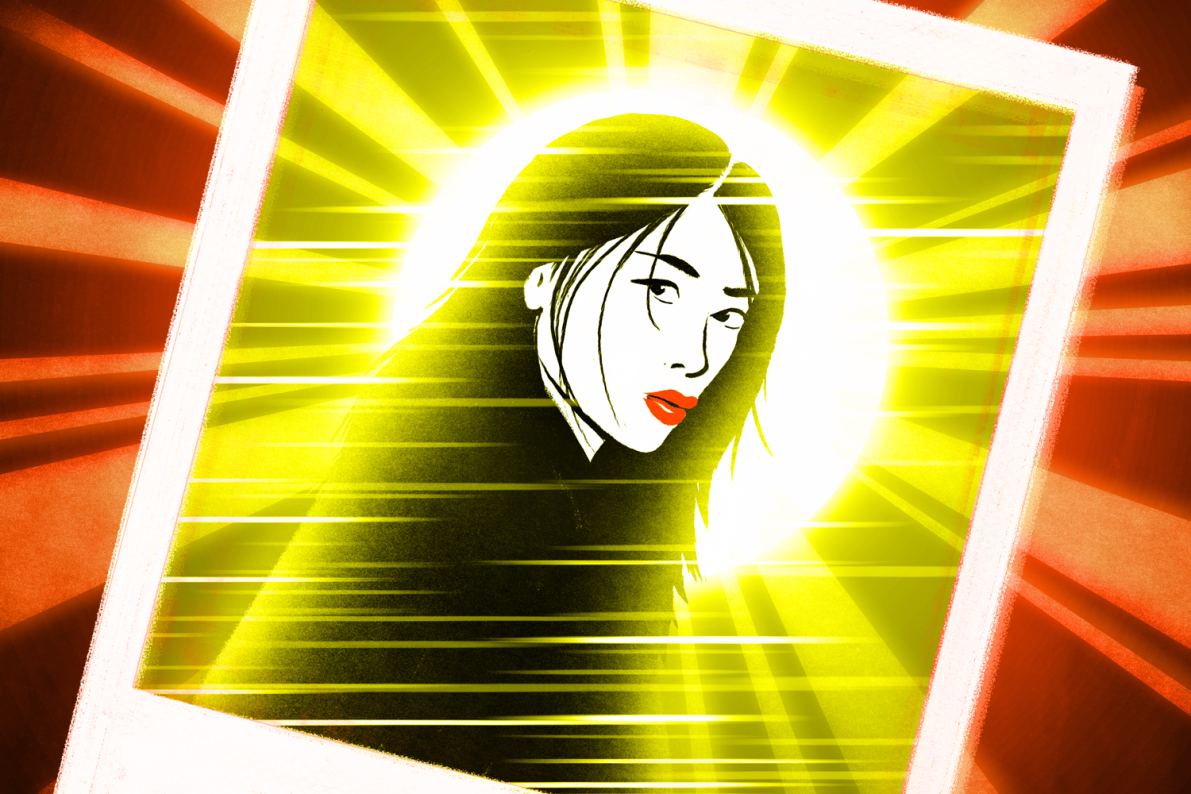 Rache remembers everything about the last photo she took with her boyfriend, Merrick, before he died — the photo that now lives on Reddit, where it has been viewed 75,600 times.

She was introducing him to her favorite childhood spot, a quaint seaside village on the Isle of Anglesey in North Wales. It was freezing cold but they took a long midafternoon walk along the shore. As they started to leave the beach to eat at a small cafe, she stopped to take a picture. He playfully pulled off her hat, just before she snapped the photo.

After dinner, they got into the car to drive home. “You can fall asleep if you want, missus,” Merrick said to her.

“And I remember thinking that I’d had such a lovely, simple day with him, that I didn’t want to waste time sleeping when I could be talking to him instead,” Rache recalls. “So I did.”

"The last photo of me and my boyfriend together. He died in a motorbike accident one year ago today, aged 27." Credit: /u/lostinreality00

Not long after that special day, Merrick died in a motorcycle accident. An air ambulance flew him to the hospital, but he passed away minutes before Rache arrived. She thanked him for making her the happiest girl she ever could have been, kissed him, and held his hand. She still thinks about the feeling of squeezing his hand without him squeezing back.

A year later, she wanted Merrick to know she was still thinking about him. She made a donation to a motorcycle relief charity and shared their photo on the subreddit /r/lastimages, which is dedicated to the last known images taken of a person prior to their death. “I posted on Last Images because I felt like I wanted to show people what I was dealing with that day, other than people who knew me. I wanted some support but from people I could talk to anonymously,” Rache told Vocativ. “I just felt like I wanted him to know I was still thinking about him in a different way than just with my family and friends.”

She was overwhelmed with the response. More than 100 people commented publicly, and about 20 messaged her privately. “For someone to take the time to write a comment of support to me, considering I’m a complete stranger, is incredibly comforting,” she said.

Many commenters were bikers themselves, but Rache especially appreciated hearing from people who had been in similar situations or nearly lost someone in an accident. Someone encouraged her to focus on the good memories. “So many,” Rache replied. “We got together the night we met and we were inseparable. I didn’t believe in ‘love at first sight’ until I met him. I went home and told my parents, ‘I’ve found the man I’m going to marry.'”

Last Images has 46,427 subscribers, or as they call themselves “Inquisitors.” The rules for Last Images are simple: Provide full context; no gore; posts can be about anyone, not just famous people; and no humorous or mean-spirited posts at the expense of the victim. These guidelines keep this subreddit from dipping into the grotesque depths of its darker cousin, /r/WatchPeopleDie. Many postings are the reported last image of celebrities, like David Bowie, Muhammad Ali, Marilyn Monroe, and Notorious B.I.G. Posters are keen on deaths tied to historic tragic events, like a pregnant Sharon Tate hours before the Manson Family murdered her, the first victim of the Columbine High School massacre, and a close-up of a man falling from the World Trade Center. There are many images of famous suicides, both horrifying and beautiful. There are car wrecks, plane crashes, executions, and assassinations.

It’s natural for humans to take interest in people’s last moments of existence, according to Donna Schuurman, executive director of the Dougy Center for Grieving. This is the reason we romanticize final words and read the inscription on tombs and grave makers. “For some people, it helps them feel more alive because we recognize how brief life can be,” Schuurman said. “After a death, we often say things like, ‘I just saw them last Tuesday’ or ‘We just spoke on the phone last week.’ Having the last photo is another sort of exclamation of that reality: They were just here and now they’re gone. It could be a part of coming to terms with that finality.”

"My dad drinking his last beer the day he passed away in his sleep." Credit: /u/Defapabitch

But Last Image isn’t just driven by the inherent morbid curiosity of Inquisitors. The most upvoted and commented-on posts are those shared by people directly connected with the person in the photo. One of the top posts was shared by Max: “My dad drinking his last beer the day he passed away in his sleep.”

Max took the photo on the island of Utö, Sweden. He and his father, Per, were biking around the island, but Per got tired, so they stopped at a bar. As Per was finishing his second beer, Max, who was 15, played around with the photo filters on this phone, unknowingly documenting the last moments of his father’s life.

Two years later, Max came across /r/lastimages and posted the photo. The picture has since been viewed nearly 220,000 times. “The comments I got really brightened my day. I still get some, and every time they remind me of what a good person my dad was. Even people that hadn’t met him were praising him as ‘good-looking,'” Max told Vocativ. “This was the first positive thing to come from my dad’s passing. Nothing has made me more relieved from the loss.”

Another top post shows a young boy at the end of this fight against an immune disease, titled: “My 6 year old son a couple hours before he passed away. I feel like I died with him and am just in limbo now. I’m not dealing with this, at all.”

"My 6 year old son a couple hours before he passed away. I feel like I died with him and am just in limbo now. I'm not dealing with this, at all." Credit: /u/TheyCallMeCool

When Nicole took the photo of her son, David, watching a Disney movie in his hospital bed next to a stuffed pirate monkey, the doctors hadn’t yet expressed their concerns about the severity of his condition. Looking at the photo now, Nicole believes David knew he didn’t have much time left.

After she lost her son, Nicole became preoccupied with mortality. “For some reason, since I lost him, I have yearned to know about death, of children, of adults, and how it affects others, how they handle it,” Nicole told Vocativ. “I’m just having a very hard time dealing with the loss, so I am looking for some kind of answers, help, inspiration — maybe — of people who have overcome grief.”

It was that interest that led Nicole to Last Images. Over the course of a few months she wrote and deleted the post multiple times before submitting. “I was confused with myself, as to why I wanted to share such an intimate moment with strangers on the internet,” she said. “In the end, I decided to do it and sort of tried to explain within the post comments that there is something so visceral, so awful, so terrible about his death, that I just inherently feel it surpasses all the normal petty worries about whether or not something is appropriate to share or not.”

Out of the hundreds of reply comments and hundreds of direct messages she has received, several redditors shared their own experiences losing family members or said they would be hugging their child extra tight that day. Many gave poignant advice, often more insightful than what you might find in self-help books. “My view is that you aren’t simply ‘you minus your son’ now. Through his life and death there were things that you lost, but also things gained that cannot be taken away,” one redditor wrote, “From here on out, the love you give to others and the love you give to yourself will have a particular power and beauty directly drawn from what has happened. Even your post here has sent ripples out across the world to people like me and the people in our lives.”

A pediatric ER nurse posted: “The fact that you are still kind of functioning is a triumph. Just know that your kid loved you, and wants you to be happy, and that nobody can be perfect. Life is still out there, waiting for you, when you’re ready.”

There are some short condolences and apologies, but most commenters avoided the trite statements a griever often hears at a funeral or the first day back at work. “The average person you run into in your life doesn’t know what to say. They’re taught the canned ‘I’m sorry for your loss. You have my condolences,'” Carla Sofka, a professor at Siena College who specializes in grief and online communities, said. “But this site, you go there and you’re going to find people who are going to relate, people who truly care and want to take the time to support you. It’s an amazing and rare opportunity that you’re not likely to get in real life.”

The Inquisitors of /r/lastimages understand death better than most mortals because they examine the last moments of life and the grief that follows. When people come to the site to mourn, the Inquisitors are ready for them.

The responses brought Nicole the most relief she’d felt since David’s death. “To have everyone sort of rally behind me, understand why I shared such an awful moment and offer their support, really reminded me that maybe, just maybe, I can make it through this,” Nicole said. “I feel like I’m flailing about in a sea of grief, sort of slowly drowning, and reading the support and understanding — and most importantly — seeing David’s story affect people still, even though he’s gone, is like a life float being tossed to me.”

Nicole revisits the comments often. But she avoids looking at the photo. The look on David’s face destroys her. But she’s glad to know that others are still looking at it. “Continuing to affect the world, people and their relationships, even after you’re gone, is a sort of immortality for my angel. And I thrive on that.”