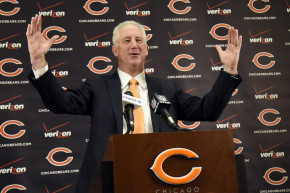 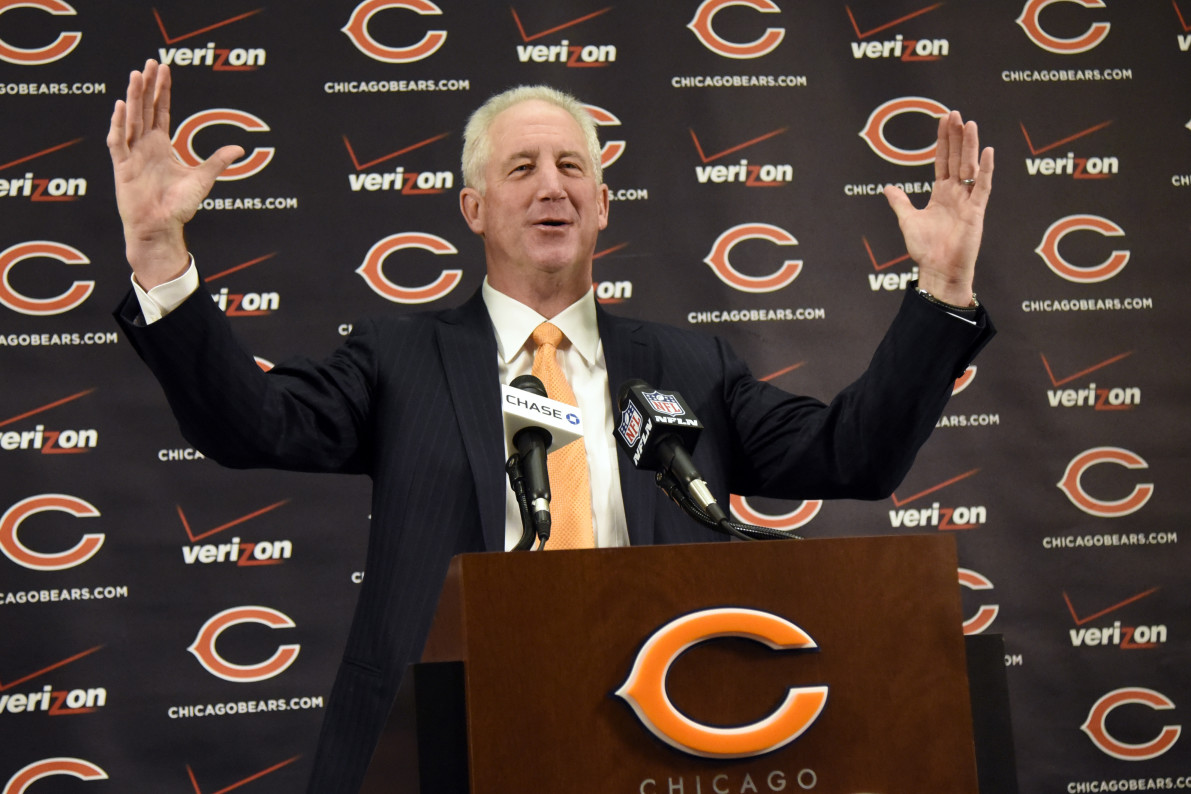 On Sunday afternoon, following the Chicago Bears’ loss to the Indianapolis Colts, Bears coach John Fox decided it would be a good idea to mock a reporter’s question for no apparent reason. The background: late in the game on a 4th-and-8, Chicago quarterback Brian Hoyer missed a wide-open receiver—incidentally, Alshon Jeffrey, the team’s best playmaker—and threw an incomplete pass to another wideout, Cameron Meredith, instead. (CBSSports.com has a great breakdown of just how open Jeffrey was on his sprint to the endzone.)

An observant reporter noticed this and asked Fox about it, according to a transcript of the press conference provided by Bears Radio Network sideline reporter Zach Zaidman.

Reporter to John Fox: Should Hoyer have been looking Alshon Jeffery’s way on fourth down?

Fox: “I think when you’re out there playing quarterback, it looks a little different than when you’re up in a press box having hot dogs.”

Reporter to Fox: Does that play on fourth down illustrate the difference between Hoyer and [Jay] Cutler?

Fox: “I’m not going to get into all this. … Had we had the coolness of the hot dog-laden press box, we might have gone there.”

One’s view of sodium-infused processed meat aside—and four out of five health experts apparently say you should never eat hot dogs—this was a valid query to a team’s head coach on the decision-making of his starting quarterback during the game’s critical play. Fox’s reply was childish, at best.

While there is no doubt that a bird’s-eye view of the field is superior to a quarterback dodging pass rushers and trying to peer through his linemen’s passing lanes—there’s a reason offensive and defensive coordinators watch the games from upstairs boxes and most game film is broken down from that perspective—Fox opted not to defend his player or note that Jeffrey was not an early read in the progression nor any other insight that would have helped explain the play. Instead, Fox used dated tripe about sportswriters to reinforce the divide between “those who have played and coached” versus “everyone else.”

During a time when independent sports analysis is at its best and pro sports organizations are often hiring such outsiders to consult with or even run their teams, this is just a snide comment that does nothing but show Fox’s ignorance of the media profession. Worst of all is that he even acknowledged that the reporter was right, later commenting, “He was open from that film I just looked at, too.”

So what happened is that the reporter noticed a mistake that you agree was correct, yet rather than immediately agree and explain what happened on the play call and execution, you decided to mock the scribe. Why? Because you are more highly-compensated, are standing, and have a better microphone? If so, Fox succeeded in coming off every bit as small-minded as the premise suggests.