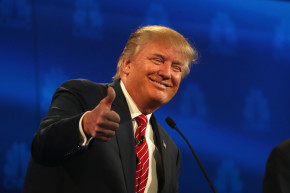 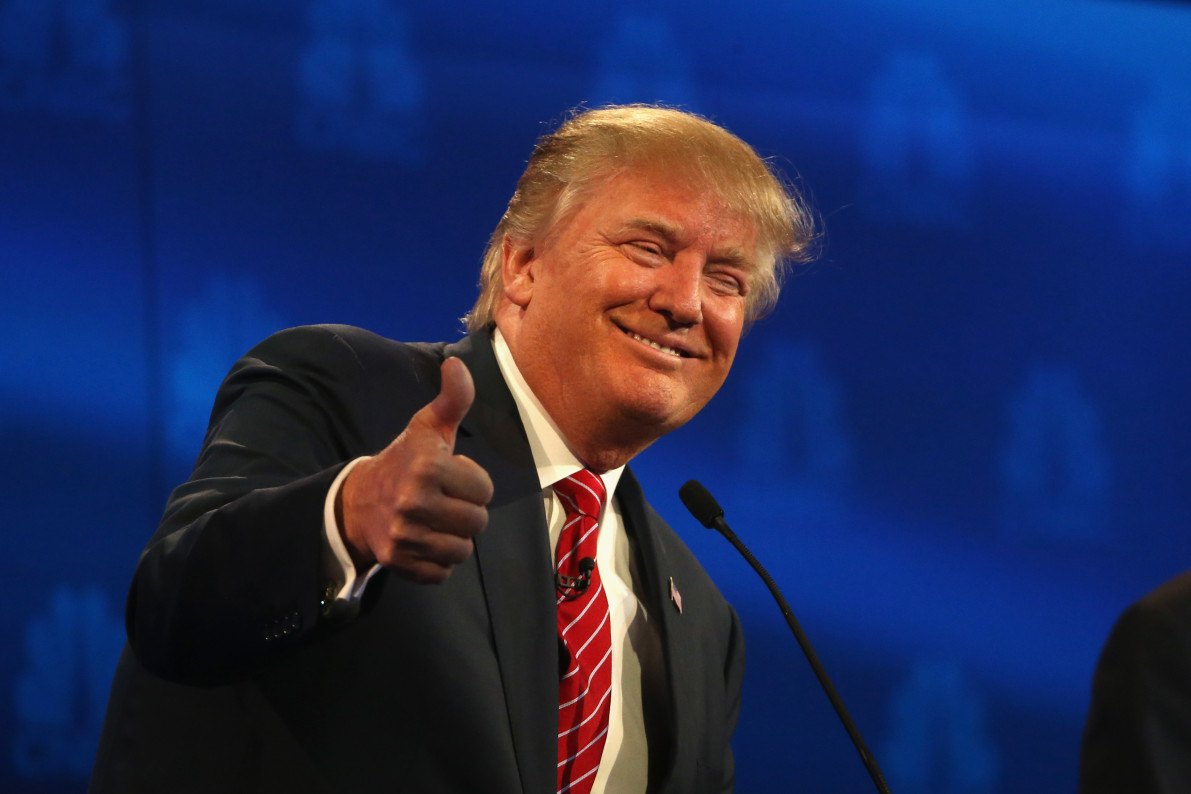 Donald Trump concluded his holiday weekend of public emasculation by holding a rally in Ambridge, Pennsylvania, a state he will not win.

Striding to the podium while whipping a Pittsburgh Steelers Terrible Towel (Deplorable Towel?) over his head, he led with a shout out to Steelers quarterback Ben Roethlisberger despite—or possibly because—on two occasions, the Steelers quarterback was alleged to have sexually assaulted a woman.

It’s unlikely Roethlisberger is actually a dear chum of this D-grade fascist wrapped in a Pick Up Artist’s manifesto, considering Trump has said he doesn’t have any actual friends.

“I have no friends, as far as I’m concerned,” he told a crowd at a March rally in New Hampshire. “You know who my friends are? You’re my friends.”

Trump does, however, like to mention the famous people that choose to associate with him from time to time, and Roethlisberger has heard his name emerge from the GOP nominee’s perpetually open mouth before. At one point, the Trump Foundation moved $10,000 of other people’s money to Roethlisberger’s own charitable organization, and Trump declared that Roethlisberger and a slew of other athletes would be speaking at the GOP convention because “Our country needs to see winners. We don’t see winners anymore.”

Dana White and Fran Tarkenton ended up being the only two sports men to take Trump up on his offer. For his part, Roethlisberger declined to endorse Trump, calling him an “acquaintance” that he sometimes plays golf with and receives random calls from after a boffo performance.

Speaking of golf, in April at a rally in Harrisburg, Trump again made the claim that he and Roethlisberger are besties, tried to revive the corpse of probable child abuse enabler Joe Paterno, and told a tale about a time Roethlisberger killed a tree with a mighty, off-target swing. Trump went back to this anecdote on Monday.

“We played golf together,” Trump said. “He once hit a shot that went dead right into a tree. It was a massive tree like this. The ball hit the tree so hard I swear I said, ‘Ben, within two years, that tree is gonna be dead.’

And of course, the story really isn’t about Roethlisberger at all because it’s impossible for Trump speak words that are not about Donald J. Trump and how Trump was right about A Thing,

“And you know what? Two years later, I should say this because we have… have a lot of tree lovers here. But two years later, that tree was dead,” Trump said. “He’s a strong guy and he’s a good guy too, Big Ben.”

Given Trump’s casual acquaintance with the truth, we can assume that the tree is alive and well.