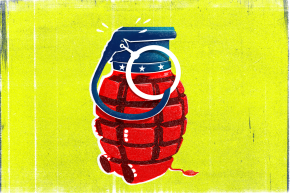 After a lewd Trump video surfaced, the GOP distanced itself from Trump. Now, his supporters are fighting back 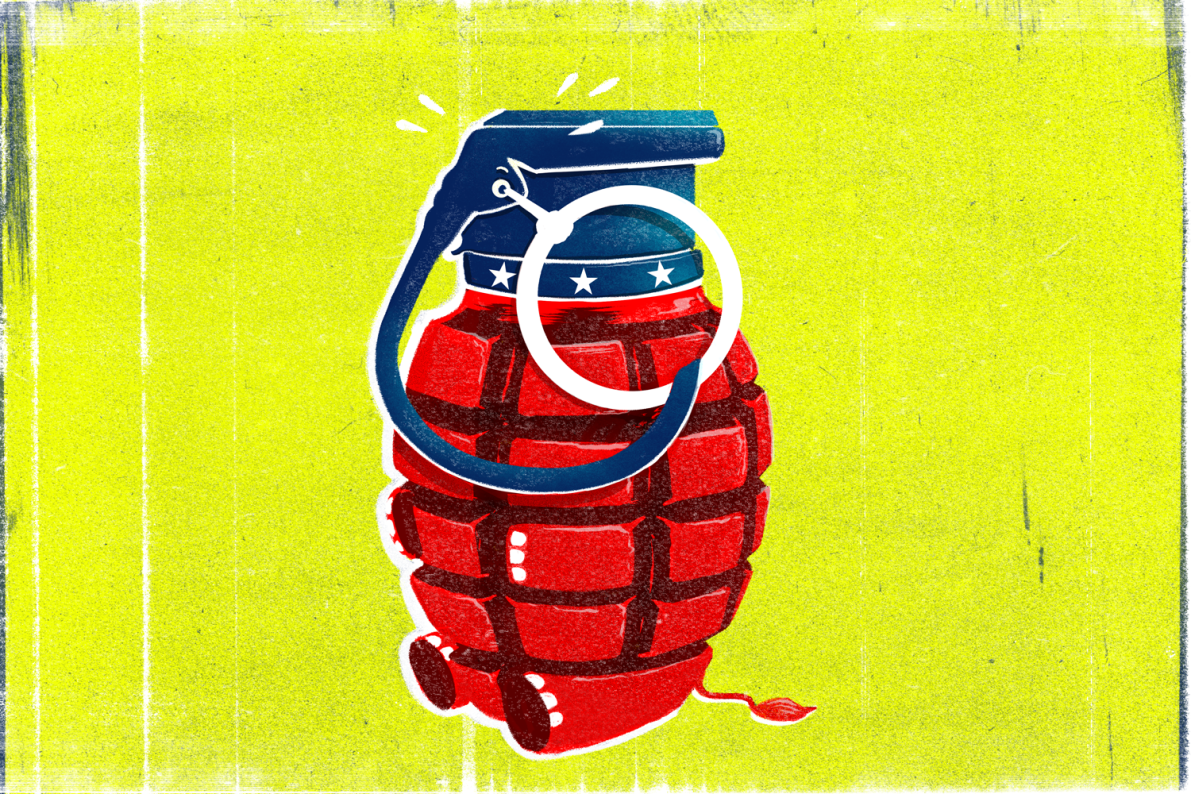 A band of fervent Donald Trump supporters are promising to accelerate the possible implosion of the Republican party should its leaders fail to put an immediate end to the wave of GOP members defecting from their presidential nominee.

With a penchant for scorched-earth tactics, legions of the real estate mogul’s diehard fans have vowed to wreak havoc on Republican House and Senate races that could determine the control of Congress. Hundreds, meanwhile, have already trained their fury on a prominent Republican strategist they claim — without proof — is behind a leaked NBC tape sent Trump’s campaign into a tailspin on Friday.

“The GOP is controlled by a few globalist elite who do not have America’s interests at heart,” Mike Cernovich, a vocal Trump supporter and author, told Vocativ. “If the GOP wants a war with Trump and his supporters, then they will have one.”

Trump himself seemed to echo the sentiment on Tuesday in a flurry of tweets, blasting the Republican leadership.

It is so nice that the shackles have been taken off me and I can now fight for America the way I want to.

With the exception of cheating Bernie out of the nom the Dems have always proven to be far more loyal to each other than the Republicans!

Disloyal R's are far more difficult than Crooked Hillary. They come at you from all sides. They don’t know how to win - I will teach them!

The now-infamous 2005 video, which captured the GOP nominee making lewd remarks about aggressively kissing and groping women, triggered a rapid and unprecedented exodus of top Republican leaders over the weekend. Several senators and many more House members rescinded their endorsements of Trump. But the real bombshell came on Monday when House Speaker Paul Ryan announced that he would not defend Trump or his candidacy and instead focus on campaigning for House members.

From that moment on, it was war. Cernovich, author of the “Gorilla Mindset,” a self-help book aimed at men, kicked off the call to arms on Monday with letter to Republican National Committee Chairman Reince Priebus that served as a pointed ultimatum.

“Sabotage is occurring at the highest levels of the GOP,” reads the letter, which was published on Twitter and has since been retweeted more than 4,000 times. “You have one week to issue a stand-down order to those who sabotage Trump.”

If the @GOP continues attacking Trump, we will spoil every down-ballot candidate!#MAGA3X#OperationPurgeCucks pic.twitter.com/oTEvzKIoFH

Should that demand not be met, the letter continues, Cernovich and like-minded Trump fans will work toward defeating Republicans in down-ballot races.

“We do not work for Trump,” writes Cernovich. “We work for the American people, who have watched globalist Paul Ryan welcome Islamic terrorists into America, making all of our families unsafe. We are in a fight for our lives and believe that the GOP leadership in Congress poses a threat to the lives of ourselves and our loved ones.”

Cernovich ended his letter with the hashtag #OpPurgeCucks, a reference to “cuckservatives,” a pejorative popularized among Trump fans and members of the alt-right movement to disparage more mainstream Republicans.

The warning was issued hours after Priebus announced that unlike the House leadership, the RNC would not abandon its party’s presidential nominee. That seemed to make little difference among Trump’s diehard fans, who continue to seethe as prominent Republican continue to distance themselves from the GOP nominee. #OpPurgeCucks had been tweeted nearly 10,000 by Tuesday afternoon. Meanwhile, a separate hashtag, #GopSabotage, wracked up almost 25,000 mentions in less than 24 hours, a Vocativ analysis found.

Whether this outrage translates into action on the ground remains to be seen. But Cernovich — who has previously claimed that “date rape does not exist” and advocated for slut-shaming black women — is a prominent voice among Trump’s most passionate supporters online and has amassed more than 125,000 followers on Twitter. Analytics reports released by Cernovich show that his tweets garner more than 100 million impressions a month.

The RNC did not respond to a request for comment.