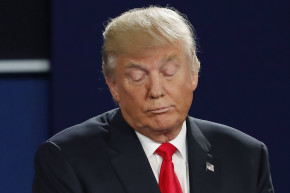 It wasn't "The Donald's" lack of preparation. It was the Jews! 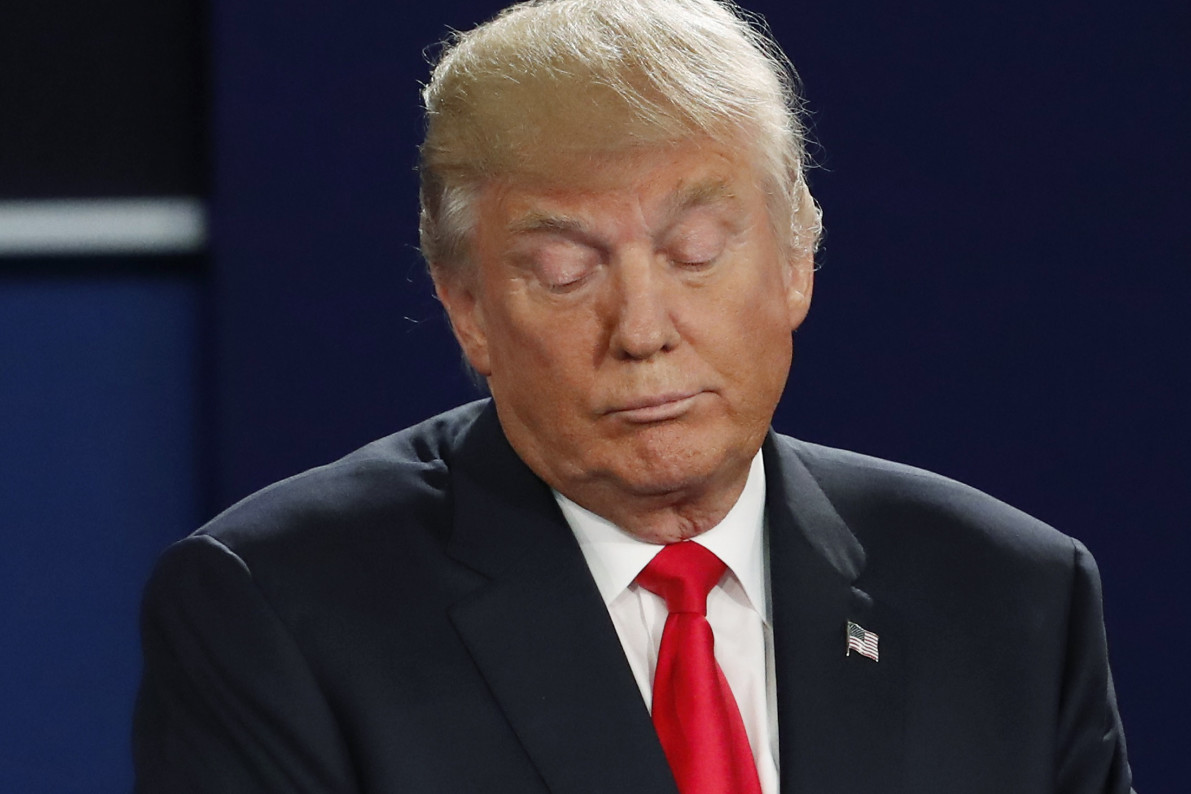 Donald Trump appeared less aggressive and a bit sheepish in Sunday’s presidential debate, and his alt-right base has a familiar theory as to what prompted the low energy: the Jews.

Trump and Hillary Clinton faced off in St. Louis in the second of three presidential debates, just 48 hours after a video surfaced showing the GOP candidate saying that his celebrity status allows him the right to sexually assault women. Some of Trump’s biggest supporters, members of the so-called “alt-right” movement, had a YouTube live chat of the debate where members of the movement chimed in—in real time—as Trump flopped all over the debate stage.

“CUT ALL TAXES…JEWS ALREADY CAN PRINT ALL THE MONEY THEY WANT,” one commenter, King Leonidas, posted on the live feed. “ALL THESE DEBATES ARE RIGGED,” he continued. “Fucking JUDU,” wrote user Smart-Aleck, who commented on Trump’s performance using an anti-Semitic epithet for Jewish people.

The live-stream was organized by Andrew Anglin, the publisher of the Daily Stormer website—which claims on its homepage is “the world’s most visited alt-right website.” Anglin and his followers have had a long-time love affair with Trump, who they often refer to as “glorious leader.” Anglin and his ilk have claimed in the past that there is a Jewish conspiracy to thwart Trump’s campaign.

In his own words, Anglin describes the alt-right movement as one that is based a lot on “conspiracy theorist” with the “Jewish problem” at the center of many of its discussions.

“The core concept of the movement, upon which all else is based, is that Whites are undergoing an extermination, via mass immigration into White countries which was enabled by a corrosive liberal ideology of White self-hatred, and that the Jews are at the center of this agenda,” Anglin wrote in a blog post explaining the history of the alt-right.

Participants of the YouTube live chat witnessed a relentless rush of anti-Semitic language during the debate and Anglin promised to keep the chat up for more than an hour after the event. “Greatest Kike Pussy Grabber of All Time,” one commenter wrote in the live-stream, despite the fact that Judaism wasn’t mentioned once over the course of the entire debate.

Anglin teased the YouTube live chat with a promise that radio personality and famous conspiracy theorist Alex Jones will “be joining us in the grab-box,” but it does not appear that he was on deck to provide debate commentary.