Trump Describes Grabbing Women “By The Pussy” In 2005 Tape

The Republican nominee: "When you're a star, they let you do it" 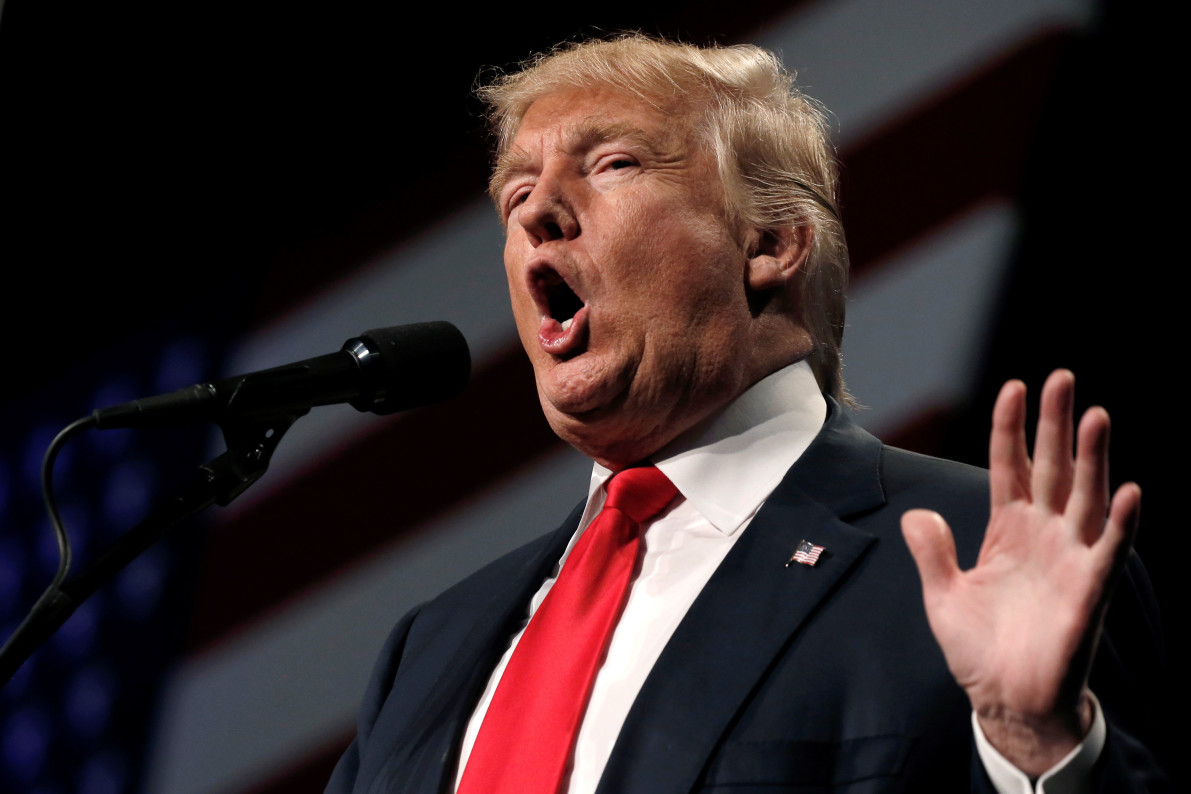 Another day, another addition to Donald Trump’s well-documented misogyny. On Friday, the Washington Post published audio and video from 2005 in which the Republican nominee could be heard making extremely vulgar comments about women.

The tape obtained by the Post captured a moment in which Trump and Billy Bush, then the host of “Access Hollywood,” were on a bus to the set of the soap opera “Days of Our Lives,” which Trump was to make a cameo appearance on. The Post’s tape also contains audio and video from when Trump’s appearance was being shot.

Trump can be heard talking about his futile attempts at seducing women. “I moved on her and I failed. I’ll admit,” he can be heard saying. “I did try and fuck her. She was married.” The Post noted that the tape was recorded “several months after he married his third wife, Melania,” and the identity of the woman he is discussing is not revealed.

“And I moved on her very heavily. In fact, I took her out furniture shopping. She wanted to get some furniture. I said, ‘I’ll show you where they have some nice furniture…I moved on her like a bitch, but I couldn’t get there. And she was married,” Trump says. “Then all of a sudden I see her, she’s now got the big phony tits and everything. She’s totally changed her look.”

More All Of Trump’s Misogyny, Now In One Place

Then, Bush, who is now a co-host of NBC’s “Today” show, can be heard saying, “Your girl’s hot as shit, in the purple,” apparently after he and Trump noticed Arianne Zucker, the actress who is waiting to take them on set.

Trump then talks about his methods for moving on pretty women. “You know I’m automatically attracted to beautiful—I just start kissing them. It’s like a magnet. Just kiss. I don’t even wait,” he says. “And when you’re a star they let you do it. You can do anything…Grab them by the pussy. You can do anything.”

The Trump campaign issued an apology in response to the video. “This was locker room banter, a private conversation that took place many years ago. Bill Clinton has said far worse to me on the golf course — not even close,” it says. “I apologize if anyone was offended.”

The tape comes on the heels of Trump’s well-documented feud with former Miss Universe Alicia Machado, who accused Trump of fat-shaming her after she gained weight following her contest win.

Twitter users jumped on the controversy in no time, taking the opportunity to once again mock Trump over his senseless comments.

Donald Trump: “Grab them by the p—y. You can do anything.”

How excited is Paul Ryan to (in theory) campaign together with Donald Trump tomorrow?

"Wait, Mr. President – you're never going to believe what Trump did this time!" pic.twitter.com/0hi1Ev1Kb5

Trump 2016: Make America Great Again and Don't Forget to Grab Her Right in the P—-…