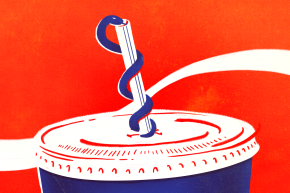 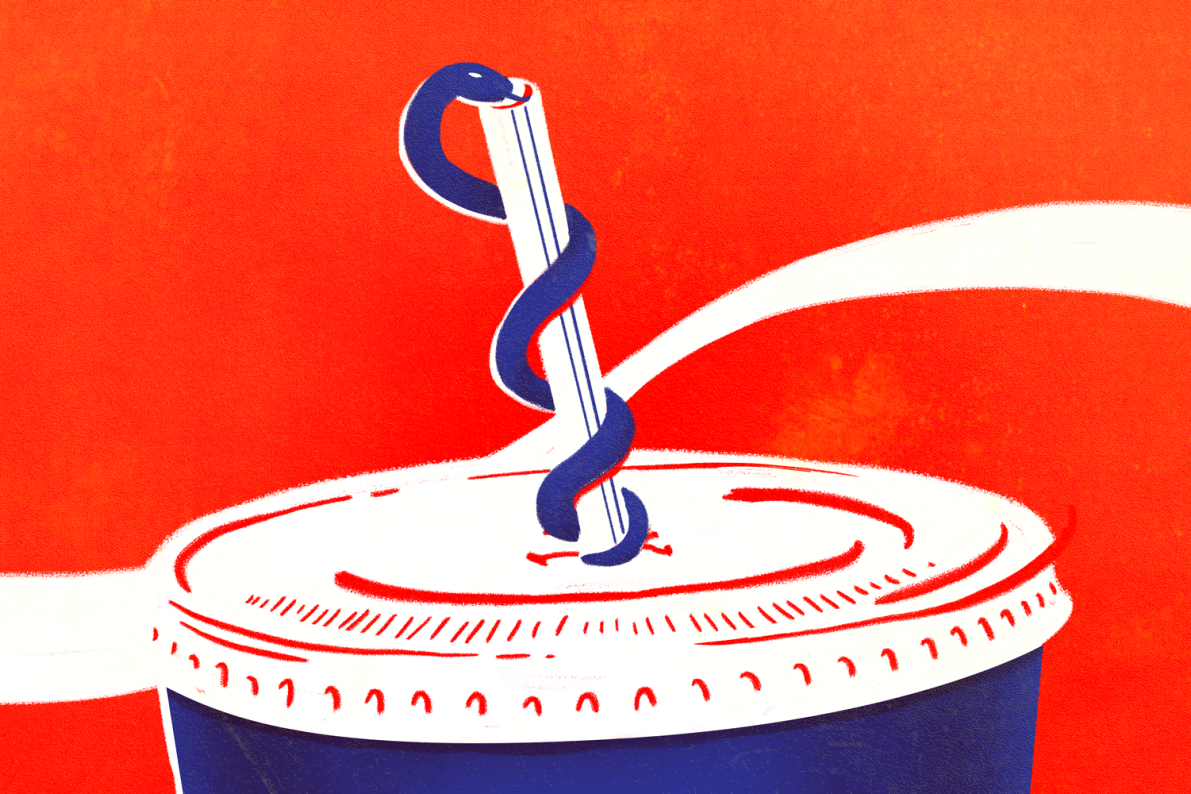 Coca-Cola and Pepsi spend millions each year in sponsorships and donations to nearly a hundred medical and public health organizations, even as the soda companies and their allied lobbying groups work to defeat legislation intended to curb the nation’s obesity epidemic. A new study offers the first ever comprehensive look at just how widespread are Coke and Pepsi’s connections with health organizations.

The obesity epidemic represents one of the foremost public health crises in the United States, as more than a third of Americans are obese and another third are overweight. Research has shown soda consumption is a major cause of the country’s collective obesity, with one study estimating soda was responsible for a fifth of all weight gain since 1977. Coca-Cola and Pepsi have both pledged to help fight the obesity epidemic, but the companies have faced criticism for shifting the focus away from nutritional choices in favor of increased physical activity. Meanwhile, some of the health organizations that accept money from these soft drink giants have garnered criticism for seemingly downplaying the health risks of soda consumption.

“We have health organizations, whose main goal should be to support the health of the population, now accepting money from soda companies and arguably reneging on some of their responsibilities,” Boston University researcher Daniel Aaron told Vocativ. For this study, he and Dr. Michael Siegel scoured databases and archives to make the first ever comprehensive list of American health organizations sponsored by Coke and Pepsi.

Organizations that the researchers found took money from one or both of the soda giants included the American Cancer Society, the American Diabetes Association, the Centers for Disease Control, the National Institutes of Health, the American Red Cross, the AIDS Walk, and the Obesity Society, among many others. Aaron stressed that these are all legitimate health organizations, engaged in important, worthwhile work, but their relationships with the soda companies create the potential for conflicts of interest.

Aaron pointed to the example of Save the Children, an international organization focused on children’s rights, including improved access to health care. The organization dropped its support of soda tax legislation in 2010 after receiving a $5 million grant from Pepsi and negotiating for a similar grant from Coca-Cola. Another case is that of the Academy of Nutrition and Dietetics, which describes itself as “the world’s largest organization of food and nutrition professionals” and has accepted at least $2.6 million from Coke. In 2012, the organization came out against New York City’s proposed ban on sodas larger than 16 ounces, arguing such a proposal should not be implemented until it could be evaluated.  As public health lawyer Michele Simon pointed out in a 2013 report, “Evaluation sounds reasonable, but why not recommend studying the policy while it’s in effect?”

Coca-Cola has reported total investments of $135.4 million in health-related activities and science research between January 2010 and June of this year. Pepsi has not been as forthcoming in disclosing the extent of its sponsorships, which Aaron noted means their list of 96 sponsored organizations is likely an underestimate of the true number. Specific conflicts of interest in these partnerships have attracted media attention over the last few years, underlining the problems these conflicts of interest pose for health organizations.

“They are becoming arguably a marketing tool for soda companies,” Aaron said. “It’s pretty clear according to the research that soda is not very healthy. It’s poor nutritionally and contributes to obesity. So having an organization say that and fight important [public health] bills makes you wonder whether it’s due to the money that they’re receiving. I really can’t think of another reason why they would do that.”

Aaron and Siegel also examined instances where Coke, Pepsi, or their allied lobbying organizations – the American Beverage Association and the Grocery Manufacturers Association – took a stance on health-related legislation. They were able to find 28 instances between 2011 and 2015 in which at least one of these companies or organizations lobbied against issues from soda taxes to labeling of genetically modified ingredients at the federal, state, and local levels.

“We found that their interest in public health isn’t really sincere,” said Aaron. “And that’s so important. Because if it was sincere, then sponsoring health organizations would perhaps almost be acceptable. But it’s shown in our paper that they’re lobbying against important public health legislation.”

When asked what public health measures he believed would make the biggest difference, Aaron pointed to soda taxes and marketing regulations. “I think that soda taxes would be huge,” he said. “It’s a very effective way of decreasing consumption because it uses fundamental economic principles. Data that has been coming out shows that consumption has decreased in places where that has been implemented.” For instance, recent studies have pointed to the success of soda taxes in Mexico.

In August of last year, Coca-Cola CEO Muhtar Kent published an op-ed in the Wall Street Journal saying the company’s current approach to working with the public health and scientific communities was not working, and that he was disappointed their funding actions had created confusion and mistrust. “By supporting research and nonprofit organizations, we seek to foster more science-based knowledge to better inform the debate about how best to deal with the obesity epidemic,” Kent wrote. “We will also continue our work to provide more choices, in smaller pack sizes, in more communities — waters, lower-calorie and lower-sugar drinks, diet soda and zero-calorie drinks.”

When presented with this statement, Aaron was not impressed. “There is no evidence that Coca-Cola has changed its actions,” Aaron wrote in a follow-up email. “That statement is words only.” While he acknowledged he has not catalogued lobbying efforts in 2016, he pointed to the American Beverage Association spending $1.5 million in opposition to Philadelphia’s proposed soda tax this past March, several months after Kent’s op-ed.

In 2015, Coca-Cola did not renew its contracts with four national health organizations, including the Academy of Nutrition and Dietetics. Coke cited “budget realities” in making the decision, although Aaron said it is unclear whether the decision to end these sponsorships came from Coke or the organizations. The University of Colorado also returned a $1 million grant in 2015 amid criticisms the money had been used to set up a “front group” for pro-Coke health messaging.

More An Ode To Soda, The Beverage On The Decline

Ultimately, Aaron said the onus cannot be on Coke or Pepsi to end these sponsorships. “I think it’s hard to prevent soda companies from sponsoring whoever they want to sponsor, because they have profit motive and the ability to do whatever they want,” he said. “But the health organizations themselves are the ones who choose to accept that money and have their responsibility toward the health of the nation.”

Aaron also said that individuals can take steps, albeit small ones, to change the perception around the soda giants. Just having conversations with friends and family can be a start. “I think Coca-Cola and Pepsi both have really positive images,” he said. “By talking about these negative things that are happening beneath the surface, that can help change the culture from a very soda-positive culture into one that’s more realistic about the harms of soda.” He also suggested contacting the heads of health organizations that have partnerships with Coke and Pepsi, asking them to stop accepting this money.

For his part, Aaron said he was actually optimistic about the future of these sponsorships. “I do think that sponsorship is going to decrease,” he said. “I think that health organizations will continue stopping accepting this money. I don’t know at what rate or when this problem will stop, but there are a lot of parallels with the tobacco industry, which had a very similar problem of sponsoring groups like health groups, and that’s basically come to an end. I am hopeful that something similar will happen to soda companies.”

Correction: The original study cited in this article mistakenly stated that the American Medical Association received sponsorship funding from Coca-Cola. It did not. Vocativ has updated the article to reflect this fact.