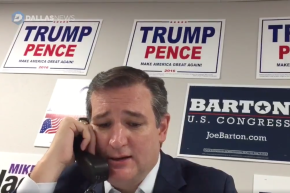 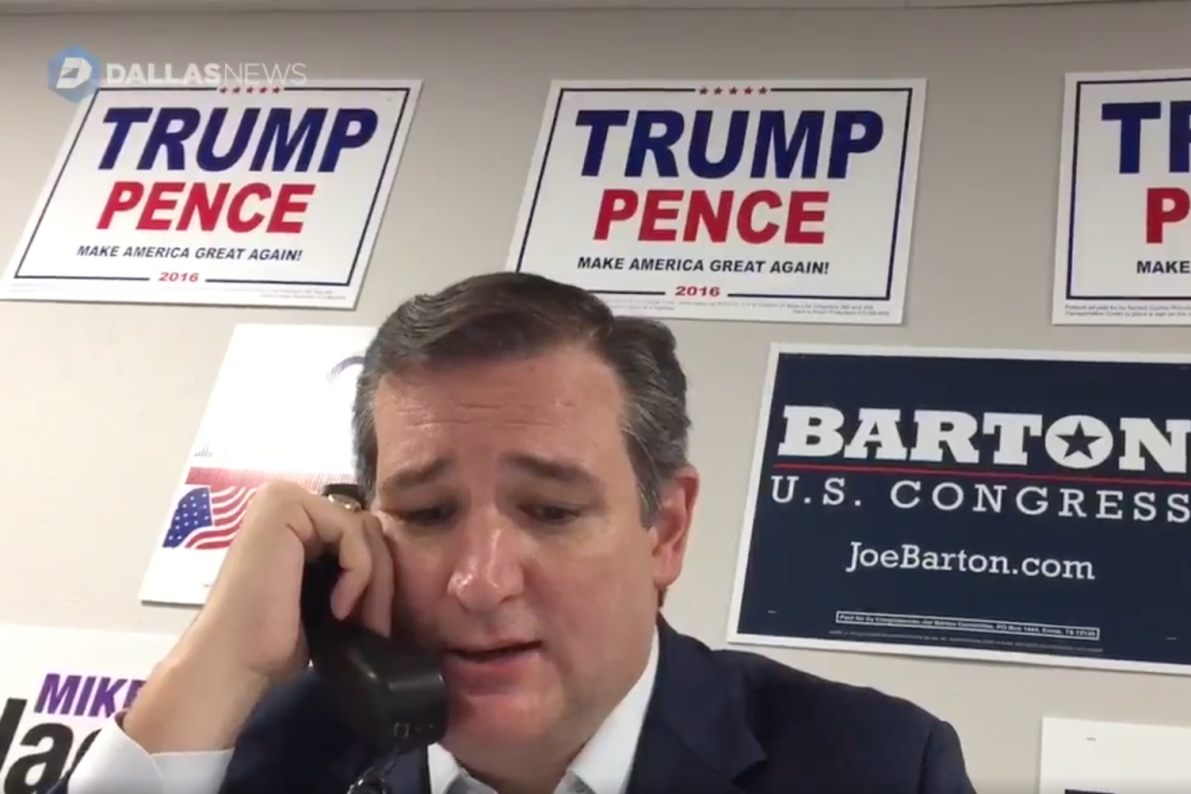 When Ted Cruz stopped by a phone bank at the GOP headquarters in Fort Worth, Texas on Thursday, he was hoping to encourage people to get out and vote for the party’s candidates. Instead, video of his efforts shot by the Dallas Morning News inspired the people of the internet to go forth and make him a meme.

After months of refusing to offer his whole-hearted support of Donald Trump, Ted Cruz did finally endorse him at the end of September. But Cruz clearly took pains to avoid mentioning Trump’s name during Thursday’s call — even though he was sitting right under a bunch of his campaign signs. It was a confusing message at best, and his defeated manner was pretty much catnip for the internet.

The photo-op was just the latest stop on the Texas Senator’s sad, limping journey to Donald. After a vicious primary (in which Trump mocked Cruz’s wife and suggested his dad maybe had a hand in killing JFK), Cruz was booed at the Republican convention for refusing to fully endorse. When he finally did come around, he got mocked in turn by his own supporters and the general public for the flip-flop.

And it continues. Some people were concerned for Cruz’s wellbeing after doing something that so clearly disgusted him to his very core.

"Yes, he *did* say that about my father, but here's the thing: (heaving sobs)" pic.twitter.com/GewA2F3YpX

"Just between us. I'm voting for Hillary" pic.twitter.com/UfJuzY2eXR

CALLER: I'm a Libra. Should I try for that promotion?

CRUZ: oh, sorry, this is the Zodiac KILLER hotline. pic.twitter.com/PukH0k1mla

It was also popular to speculate about who he was actually talking to on the other end of the line.

And finally there were those who recognized the pain in Cruz’s eyes and knew what was really causing it.

😩 go follow @eazyelephant he would make a dope boss (@betasalmon )

Cruz’s pinched face has launched a thousand memes over the course of an unending election season, but this latest addition is fast becoming the best. Here’s hoping he enjoys his final moments in the spotlight before fading back into sad obscurity after the election is over and/or the world as we know it comes to an end.