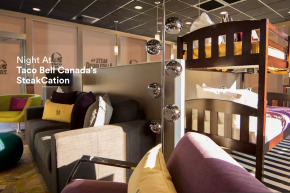 Thanks To Airbnb, You Can Spend The Night In A Taco Bell
By Cassie Murdoch

Thanks To Airbnb, You Can Spend The Night In A Taco Bell

Finally a sweepstakes you'll be relieved not to win! 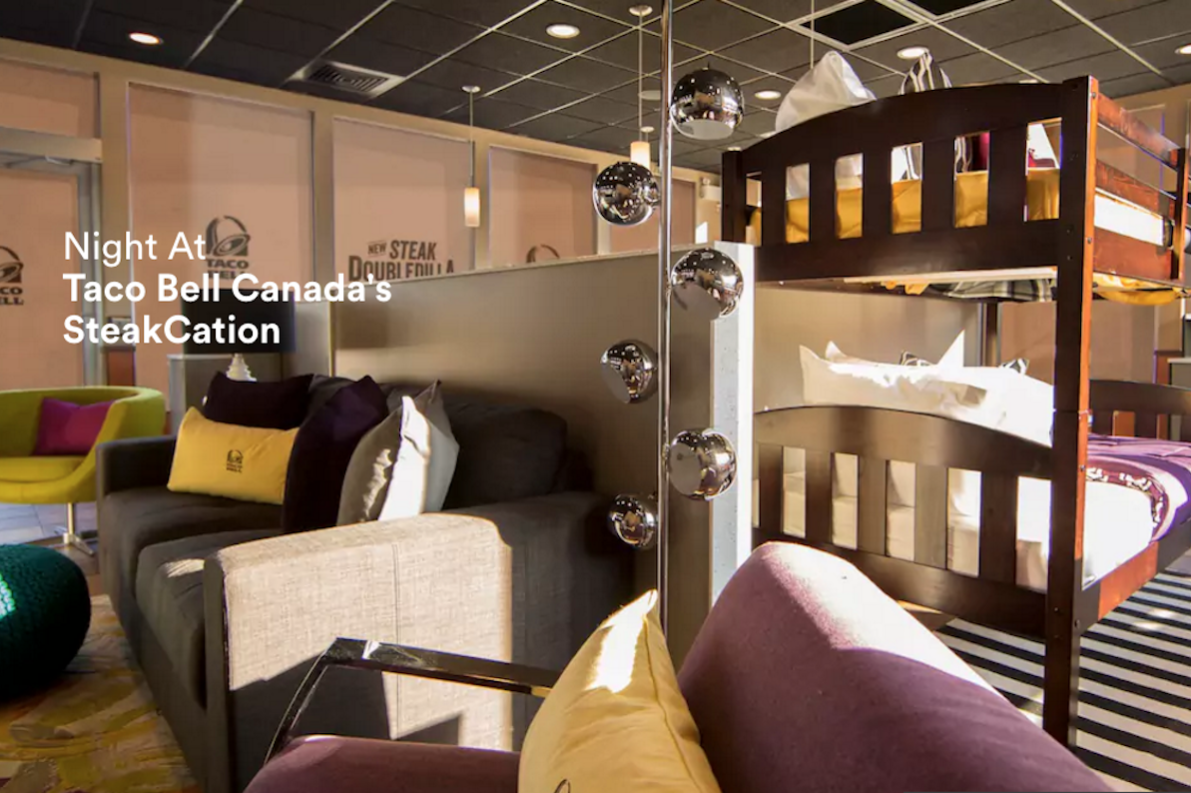 Sleeping in a Taco Bell is usually something that only happens after a series of very poor life choices, but now you have the chance to do it on purpose. The Mexican fast food chain is teaming up with Airbnb to throw a contest in honor of the Steak Doubledilla coming to Canada.

If you are chosen as the winner, you and three friends will get to spend the night of October 17th inside the Taco Bell in Chatham-Kent, Ontario. There you will find a “Taco Bell Butler” (to attend to all your needs), two bunkbeds and a rather sterile looking lounge area where the Airbnb listing promises you’ll be “playing games, watching TV, and of course, eating plenty of Steak Doubledillas.” Fortunately, you’ll also have the restaurant’s two bathrooms at your disposal.

To enter this contest, you have to write a few words explaining why you think taking a “SteakCation” would be awesome, which is probably even harder than it sounds. But before you make a run for the border you should know that the contest is only open to Canadians — unless you’re from Quebec…in which case, you’re not worth Taco Bell’s time.

The really good news for those of us who aren’t eligible to win, though, is that we don’t have to spend the night in a Taco Bell! We are free to binge on any kind of fast food we want from the comfort of our own homes.