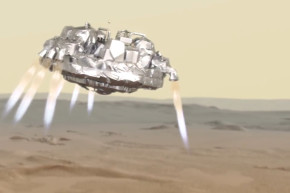 Mars Lander Will Touch Down On Red Planet This Month 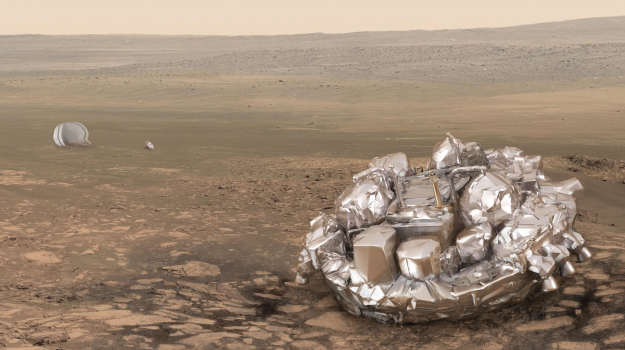 The ExoMars Schiaparelli module will be descending and landing on Mars on October 19th. The red planet is currently in their dust storm season, so European Space Agency scientists will study the planet’s dust winds.The module will separate from its rocket and enter Mars’ atmosphere at over 13,000 mph. A parachute will deploy when the module is seven miles above the surface and a crumple zone will absorb the impact and help it land safely on uneven terrain. From entry into the atmosphere until touch down on the planet’s surface will take less than six minutes. The spacecraft has instruments on board that will collect data during the descent and while on the surface.