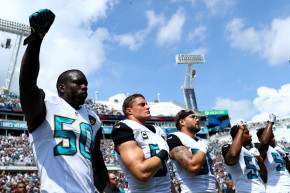 Sure Seems Like NFL Owners Are Suppressing Protests
By Robert Silverman 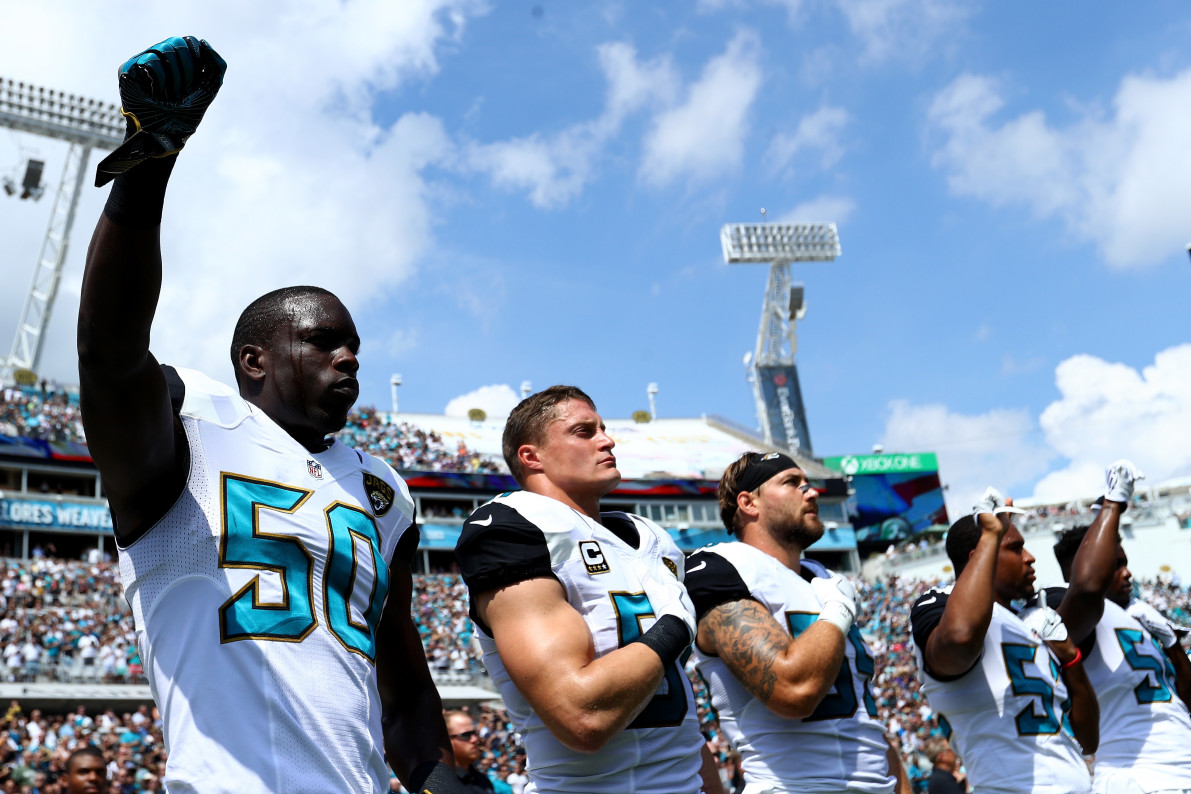 Doug Baldwin, the Seattle Seahawks wide receiver took a seat in Bill Simmons’ rich Corinthian leather-bedecked man cave on Wednesday to talk about life in the National Football League. Baldwin, a vocal advocate for the ongoing National Anthem protests, revealed that at least one owner is a lot unhappier than he’s letting on.

Baldwin declined to out the owner in question, and it’s unclear if he knows of more than one or only chose to recount the single anecdote. Some have pointed a finger at Jerry Jones, the one owner to date that has publicly decried Colin Kaeprernick’s actions. But whomever it is should remove this from the realm of gossip and speculation and take credit for adhering to a lousy plantation mentality.

You can bet that if the current collective bargaining agreement contained language laying out a specific National Anthem protocol, at a minimum, fines would be doled out to the 24 NFL players that kneeled, wore special cleats, linked arms, and/or raised a fist during Week 4 alone. After all, the NFL will dock a player’s pay for any innocuous alteration to his or her official uniform, no matter how well-intended.

And as Bleacher Report’s Mike Freeman reported in August, the almost entirely white, male NFL front offices seem to share this owner’s opinion of Kaepernick. “In my career, I have never seen a guy so hated by front office guys as Kaepernick,” an unnamed executive told Freeman.

One gent said he’d quit his job if he was informed that the team wanted to sign Kaepernick. Another called him a “traitor” and still another went with, “He has no respect for our country. Fuck that guy.”

“All seven estimated 90 to 95 percent of NFL front offices felt the same way they did,” Freeman wrote. “One executive said he hasn’t seen this much collective dislike among front office members regarding a player since Rae Carruth. Remember Rae Carruth? He’s still in prison for the plot to murder his pregnant girlfriend.”

None of these upstanding citizens chose to attach their name to their grumping either, but if there’s going to be an actual conversation about the issues Kaepernick and others are pointing to, as opposed to a grim retrenchment into immovable, insult-laden camps, then anonymity has to go out the door. Sure, it’ll result in some mean tweets and a strident blog or two, but owners and front office types probably won’t find themselves on the receiving end of death threats for exercising their First Amendment rights. You know, like Doug Baldwin and Colin Kaepernick.