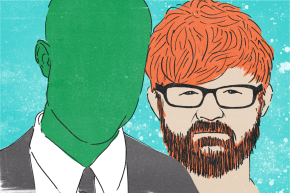 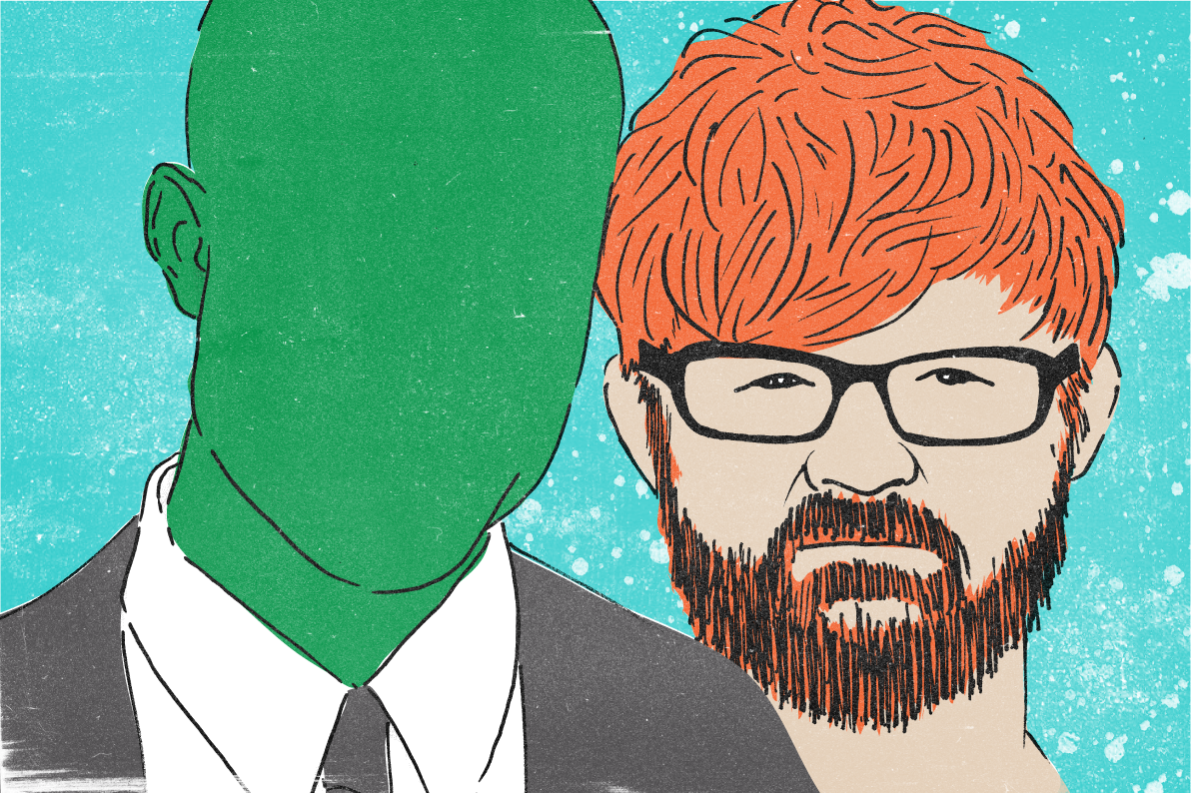 Struggling 4chan has a new gadfly buzzing around. Charles Johnson, the bomb-throwing blogger and agitator, said that he is looking to purchase the anonymous message board notorious for its memes and racist vitriol. The revelation came just two days after pharma executive Martin Shkreli — an online menace in his own right — made headlines after he flirted with the possibility of joining 4chan’s board of directors. Shkreli withdrew his interest on Thursday.

“This is not a troll,” Johnson, whose work as a web journalist has earned him titles such as “Twitter’s most infamous right-wing troll” and “digital Darth Vader,” told Vocativ in an interview. “My team and I can afford buying it. I intend to run it in a caretaker role.”

Johnson’s words appear to be more than mere bluster. William Kaplan, a partner with the New York City law firm Fox Horan & Camerini, told Vocativ that he was making inquiries about the site’s purchase on behalf of Johnson, but would not provide additional details. Hiroyoki Nisimura, the current owner of 4chan, could not be reached for comment.

Nisimura wrote on Sunday that his site, which is largely credited with introducing the world to internet trolling, is struggling to keep the lights on. His post, ominously titled “Winter Is Coming,” explained that low advertising revenue meant he could not continue to afford the costs associated with infrastructure, servers, and network fees.

Nisimura’s announcement quickly attracted a few internet personalities as prospective buyers. Among them was Shkreli, who rose to infamy last year when he raised the price of Daraprim, a life-saving prescription drug, 5,000 percent. In December, he was arrested on unrelated charges of security fraud. The notorious “pharma bro” has since stayed in the news by picking fights with celebrities on Twitter, as well as trolling his enemies and presidential candidates like Hillary Clinton.

When asked about Shkreli’s interest in purchasing 4chan, Johnson brushed it off. “Martin is facing serious criminal charges,” he said. “The purpose of buying the site is to have it endure. Martin is about attention and is about getting attention for himself. I have no beef with that. This is America. But I’m not terribly impressed by it.”

On Thursday, Shkreli announced on Twitter that he was not moving forward on a deal to buy the website. “I have withdrawn from the 4chan process,” he wrote. “I wish them the best of luck going forward.”

More Flailing 4chan May Be Rescued By Pharma Bro

No. I have withdrawn from the 4chan process. I wish them the best of luck going forward. https://t.co/Mgi9XHDenN

Johnson is no stranger to controversy. The founder of the GotNews website, he’s made outrageous claims against journalists and U.S. senators, and once accused President Obama of being a homosexual. Johnson’s most infamous incident came when he outed a woman at the center of a Rolling Stone story about rape at the University of Virginia. In May 2015, he was permanently banned from Twitter after he solicited donations from his followers to “take out” a Black Lives Matter activist.

This summer, Johnson along with Pax Dickinson, a former chief technology officer at Business Insider, launched the crowdfunding news and information website WeSearchr. The site allows users to crowdfund “bounties” in order to bankroll projects or dig up intel that donors deem to be in the public interest. Thus far, WeSearchr’s active bounties have tilted toward uncovering right wing conspiracies, vetting mainstream media figures, and trolling Democratic politicians.

4chan, Johnson said, would be a perfect addition to his budding portfolio of media properties. “It’s an extremely controversial property, which gives it its power and makes it interesting,” he said.