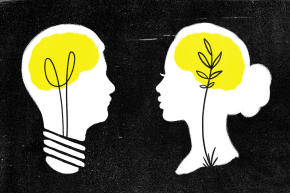 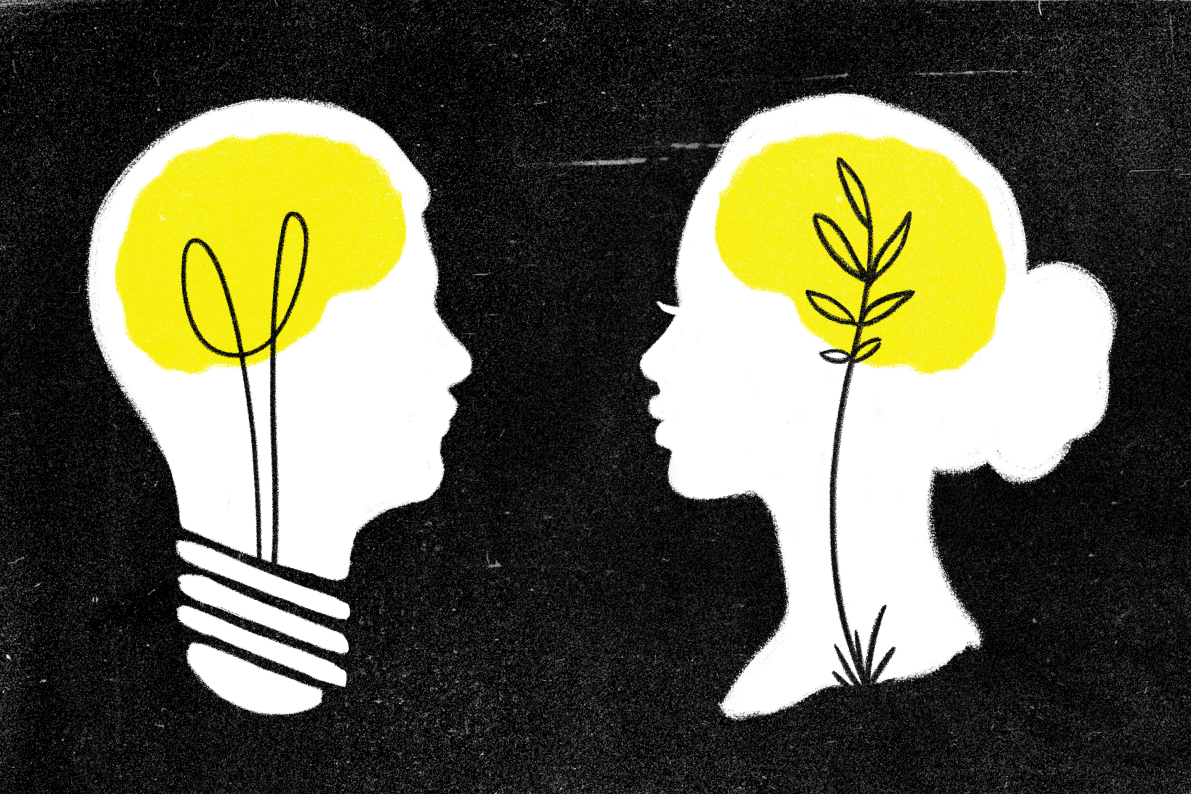 The image of a light bulb suddenly turning on is one of the most common ways we think of how people come up with ideas. It’s a powerful metaphor for the sudden flashes of inspiration often associated with brilliant inventors and other geniuses. But how does that mental image of a light bulb shape the way we view the geniuses it’s being used to describe? A new psychology study suggests the light bulb metaphor makes people more likely to think of men as geniuses rather than women.

This finding builds on earlier studies that have looked at how people tend to think of men’s contributions in terms of sudden or innate brilliance, while women’s contributions are viewed as the result of dogged work. For instance, a British study last year found that people were more likely to hire men based on their potential for future success, while women were judged on their prior track record. This suggests a larger pattern for how society tends to view doing work through gendered stereotypes: A man may have the potential for a stroke of genius, whereas a woman needs to prove she can put in the effort necessary to attain the same results. Not that these stereotypes reflect actual realities of how men or women work or come up with ideas. There’s no reason to think there’s any actual difference in how men and women think.

The impetus for this latest research wasn’t actually wanting to study gender, though fascinating . Instead, inspiration came from something psychology researcher Myra Luna-Lucero said to colleague Kristen Elmore as they were trying to come up with a good idea for a project. “She offhandedly just said, ‘Oh, we need that light bulb to go off,'” Elmore told Vocativ. It was then that she realized that metaphor of the “light bulb idea” could be the subject of their study.

“It occurred to me that that metaphor implies that good ideas perhaps just come out of nowhere,” Elmore said. “And if they rise suddenly and effortlessly, maybe not everyone can have them? So that was the question I wanted to answer, what does that metaphor imply about ideas and people who have them?” Elmore and Luna-Lucero came up with the alternative metaphor of nurturing a seed as an equally positive but very different way of thinking about how ideas come to fruition.

The researchers recruited about 400 people each for a trio of online studies. In the first, they presented participants with a description of Alan Turing’s work with computers – one description used the light bulb metaphor, another the nurtured seed metaphor, and a third gave just a literal account of his work. “We found that as we might have expected, the light bulb metaphor leads people to perceive an idea as more exceptional,” Elmore said. But she and Luna-Lucero wondered what role gender might play in how an inspiration-based metaphor like the light bulb did compared with the effort-based image of a nurtured seed. “There are stereotypes of genius as male, and I think the light bulb metaphor suggests that ideas come suddenly to certain people, specifically geniuses.”

The final part of their study directly tackled this question. The researchers presented participants with the story of spread-spectrum technology, a radio guidance system that’s one of the forerunners of WiFi and GPS. It was the ideal invention to use because it was created by a man and a woman, George Antheil and Hedy Lamarr – yes, the 1940s Hollywood star and “Blazing Saddles” running gag. Participants heard about the work either Antheil or Lamarr – but not both – did in devising this technology, again hearing it described using one of the two metaphors. Beyond the metaphors and the gender of the particular co-inventor, everything else was exactly the same.

The results revealed a consistent pattern: Participants rated Antheil’s genius more highly when they heard about his invention in terms of the light bulb metaphor, while the results were the opposite for Lamarr, who did better when described in terms of the nurtured seed. The control, non-metaphorical descriptions produced similar ratings for the pair as the light bulb did for the man and the nurtured seed did for the woman, perhaps suggesting the “wrong” metaphor for an inventor’s gender can make people take a dimmer view of his or her genius.

Given the light bulb metaphor is far more common than the nurtured seed, that could put female inventors and thinkers at a disadvantage in people’s eyes. “These metaphors matter and they shape how we think about ideas,” said Elmore. “If we are most often talking about ideas as light bulbs that suddenly appear, then that might not bring to mind as wide an array of potential innovators and idea creators as perhaps the seed metaphor does.”

In their paper, the researchers point to previous studies that suggest women in male-dominated fields can view the need to put in effort as a sign they don’t belong there. Other studies suggest fostering a belief that a person can improve their abilities through effort helps people overcome negative stereotypes of their abilities, which includes women in the math and sciences. “I’m really to curious to consider how these messages might play out in classrooms,” Elmore said. “There’s a lot of interest in increasing the number of women and minorities going into fields that trade in innovation and ideas like technology, engineering, math and science.”

There is a larger issue to consider here, of whether shifting the metaphor from the light bulb to the nurtured seed elides the need to address why we seem to see women as tireless laborers and nurturers and men as naturally brilliant. In the immediate term, there might well be value to using a metaphor that studies suggest is more inclusive, especially for people traditionally marginalized in math and science fields. The trickier question is how this fits into the bigger task of moving towards a world where women and their ideas are taken more seriously — where they are viewed as just as likely to have a lightbulb go off, and men are viewed as just as likely to nurture seeds. As with many issues dealing with gender perceptions, there’s not necessarily one single right way forward to fix the status quo.

Elmore stressed this is just the first work that she’s done in this area. As such, this shouldn’t be taken as confirmation of a concrete link between metaphors and gendered perceptions, though she’s hoping future studies will bear these conclusions out. But this result is enough on its own to warrant thinking more broadly about how language and metaphor can affect our perceptions. “I think language is powerful,” Elmore said, particularly in terms of how it shapes the way we think about more abstract ideas. “Important concepts in our social world matter. I think that can always contribute to a conversation in psychology, of course, but also a broader conversation in our culture.”

As for Elmore, she said her work on this study has given her a new favorite metaphor in the nurtured seed. “It does feel more inclusive to me,” she said. “Thinking of ideas as nurtured over time and requiring effort to be the best they can be is great motivation.”