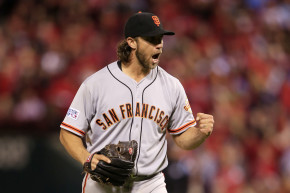 Madison Bumgarner Is The God Of October Baseball
By Joe Lemire

Madison Bumgarner Is The God Of October Baseball

Yet again, Madison Bumgarner has posted an unreal playoff performance to boost the San Francisco Giants ahead in the playoffs 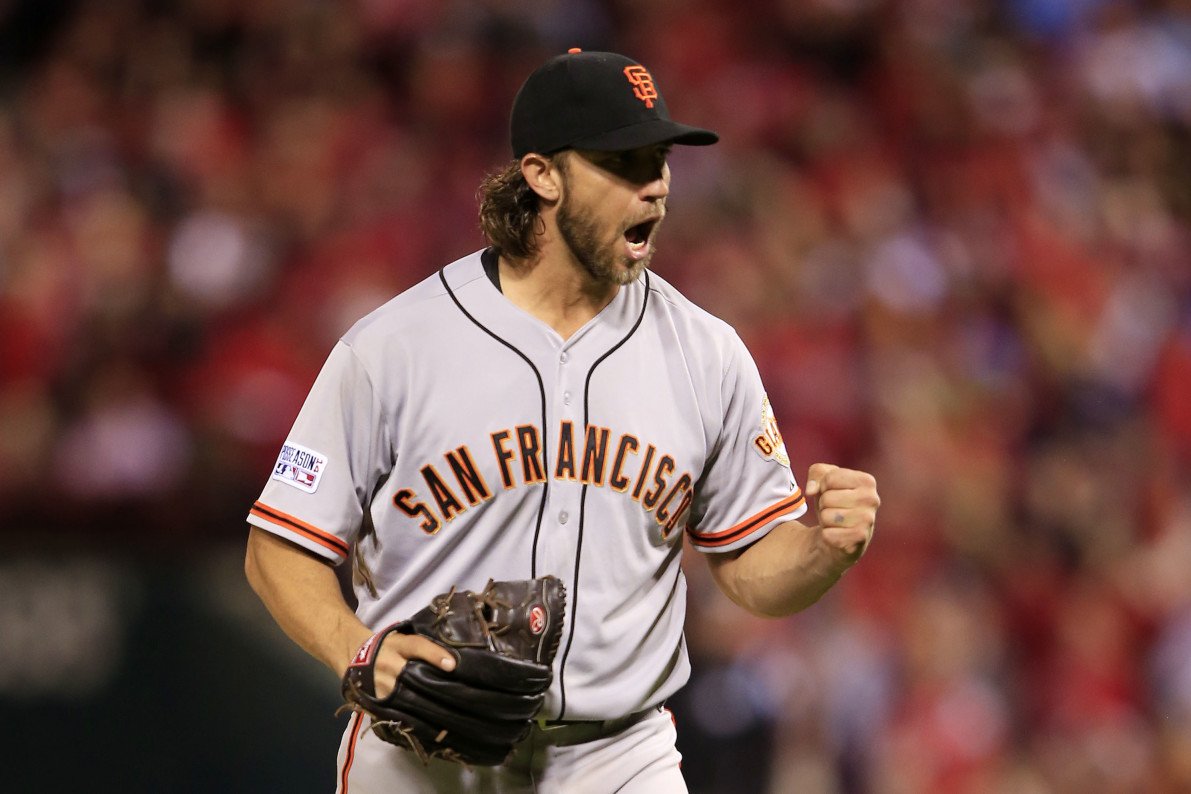 The best postseason pitcher of this generation prefers a controlled burn. San Francisco Giants ace Madison Bumgarner’s demeanor on the mound can flare with emotion—jawing with the umpire after a borderline call went against him, fist-pumping after snaring a line drive directed back at him—but such interruptions of his stoicism don’t begin until an hour before game time, at which point he’s sitting at his locker, fully dressed.

“He’s focused,” catcher Buster Posey said, “but he’s not weird about it.”

While other star pitchers are more ornery before taking the ball—the Detroit Tigers’ Justin Verlander, for instance, will barely speak, ignoring teammates and even family members—Bumgarner will listen to music and relax in the clubhouse.

“When it gets close to that time, he gets locked in, but early in the afternoon he’s chatty and all that,” reliever Javier Lopez, a teammate for seven years, said. “He hangs out with us.”

Even while shutting out the New York Mets 3-0 over nine innings in Wednesday’s winner-take-all National League wild-card game—during which Bumgarner didn’t allow a Mets runner to reach third base and extended his scoreless streak in the postseason to 23 innings—his reaction to teammate Conor Gillaspie’s game-winning three-run homer in the top of the ninth was muted. While the rest of the Giants dugout went beserk, Bumgarner told Gillaspie, “Conor, I appreciate the hell out of that.”

With this performance, Bumgarner now has the best career playoff ERA among all active pitchers at 1.94. Wednesday night’s performance marked his third career postseason shutout, as many as all other pitchers on the 30 clubs’ 40-man rosters combined. (The Cubs’ Jake Arrieta, the Rangers’ Cole Hamels, and Verlander each have one.)

The Giants have now won all eight postseason games in which Bumgarner has started on the road, in which the lefty has a 0.50 ERA. Most remarkably, he has never given up a hit with a runner in scoring position in any of those games. He is especially dominant in elimination games, such as Wednesday’s wild card and prior Game 7’s.

“It’s almost boring,” first baseman Brandon Belt joked. “He needs to do something different next time.”

Oh, and Bumgarner can play defense, too, even if Belt later said, “I didn’t think he had reflexes like that.”

Posey said Bumgarner doesn’t obsesses about scouting reports—“We’ll go over the lineup,” Posey said, “but we know we’re going to adjust throughout the game, so it’s not something that’s set in stone”—and just reacts throughout the game. In the first three innings, 19 of his 21 pitches were fastballs, yet only about half of his offerings the rest of the game were fastballs.

“You’re not going to sit there and throw fastballs by these guys the entire game,” Bumgarner said. “We did really good to get through the first three doing that predominantly. Then the longer you can—these guys have seen it before plenty of times, but every day’s different. The longer you can keep those pitches in the pocket, it’s going to be your [advantage].”

Bumgarner is indisputably the best playoff pitcher baseball has today. Just don’t ask him to reflect on it.

Madison Bumgarner: "Why you askin me all these hard questions?" Love me some Mad Bum. #BeliEVEN #SFGiants @Giants pic.twitter.com/mNcVFfxC6V