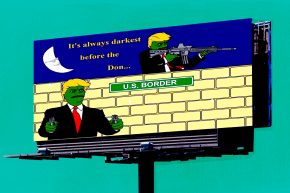 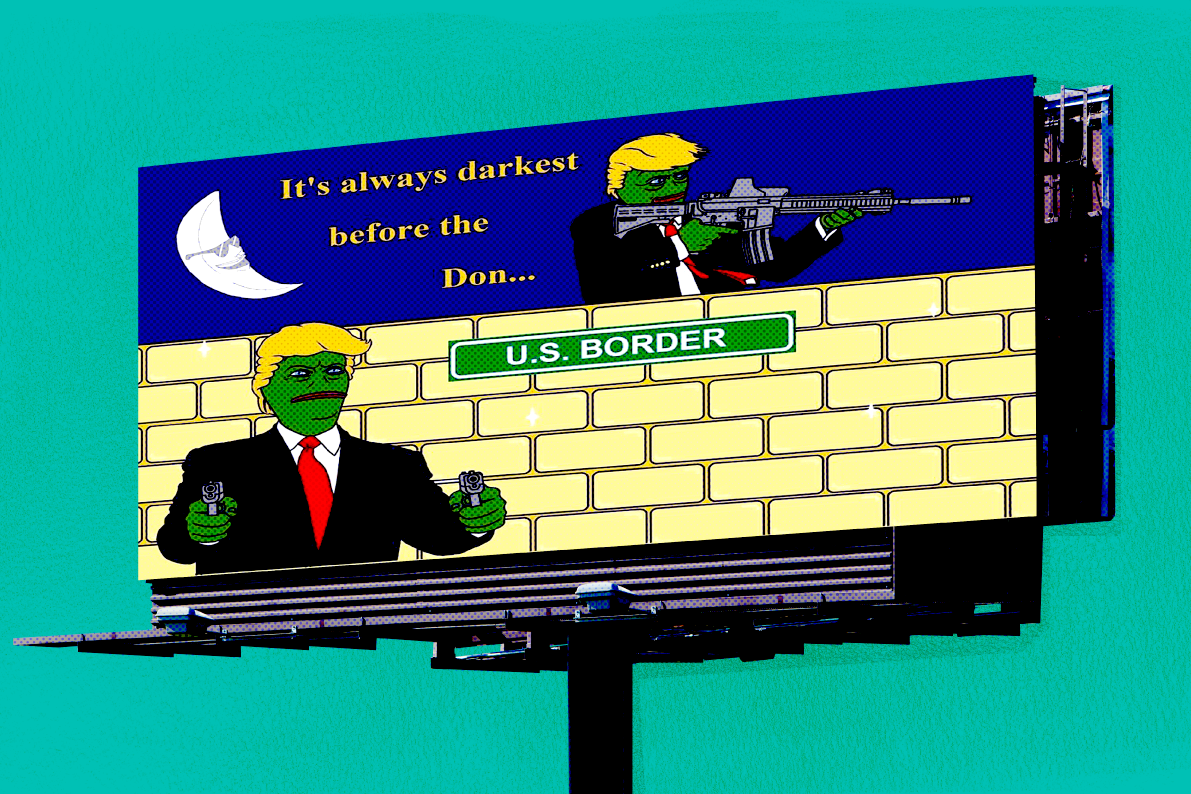 The war over Pepe The Frog may soon move from the internet into a key battleground state of the presidential campaign.

Fans of the alt-right mascot — which critics dub a racist hate symbol — have raised enough money to place a Pepe cartoon in support of Donald Trump on a handful of digital billboards in Pennsylvania, a crowdfunding site claims. Donors on the platform WeSearchr drummed up $5,000 for the ad buy, which the site’s founders say could begin appearing off of highways in the state as early as next week.

“We think a lot people are going to be upset about the billboard,” Charles Johnson, a controversial blogger and CEO of WeSearchr, told Vocativ in an interview. He said that his company has been in talks with several digital billboard providers in Pennsylvania and would be able to run as many as ten signs with the money raised. “It looks like it’s going to happen.”

More Crowdfunding Site Offers Bounties For The ‘Truth’ About Hillary

Renderings of the placard show a pair of Trump-inspired Pepes along the candidate’s proposed U.S. border wall with Mexico. Sporting suits and The Donald’s trademark mane, one Pepe clutches a pair of handguns while the other trains an assault rifle at a distant target. A message on the billboard reads, “It’s always darkest before the Don…,” a play on a popular line from the Batman film “The Dark Knight.” The sign also includes an image of the Moon Man, a character that once appeared in McDonald’s commercials but was later turned into a racist, homophobic internet meme.

Long a popular internet meme itself, Pepe morphed into a cultural flashpoint after members of the alt-right community began to use him to promote bigoted and provocative ideas as well as Trump’s candidacy. The Anti-Defamation League last week announced that it had added Pepe to its list of hate symbols, which also includes the swastika and Confederate flag.

“I basically think they’re full of shit,” Johnson said of the Anti-Defamation League. “The ADL used to stand for real threats against Jewish people. Now they’re going after a cartoon frog. It’s kind of pathetic.”

The ADL did not immediately respond to a request for comment. Emails sent to the Trump campaign’s press staff went unanswered.

Johnson is no stranger to outrageous — and often questionable — claims. The founder of the GotNews website, he’s publicly targeted journalists and U.S. senators, and once accused President Obama of being a homosexual. Johnson’s most infamous incident came when he outed a woman at the center of a Rolling Stone story about rape at the University of Virginia. In May 2015, he was permanently banned from Twitter after he solicited donations from his followers to “take out” a Black Lives Matter activist.

The site does claim some successes. Donors recently raised more than $10,000 to release a video shot of a young Barack Obama talking about “white privilege” during a trip to Kenya in the 1990s. The footage made its public debut this week on website run by noted conspiracy-theorist Alex Jones.