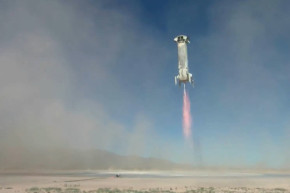 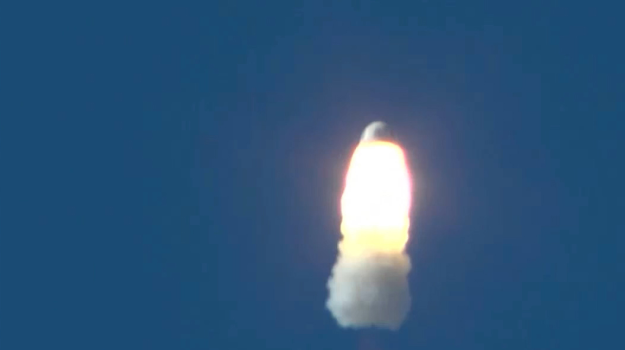 The private space-flight company Blue Origin has made a significant leap forward in its mission to put humans into space. It just successfully tested its in-flight escape system, which is designed to get astronauts far away from a rocket if something goes wrong after launch. The last time an escape test was executed in flight was during the Apollo program. Blue Origin’s New Shepard rocket and crew capsule had already launched and safely landed four times, but this was a crucial new test. Motors on Blue Origin’s unmanned crew capsule ignited and rocketed the capsule far away from the booster rocket – and then the capsule floated gently to the ground as the rocket stabilized and continued climbing. The company hadn’t expected the rocket to survive because of the sudden change in force.