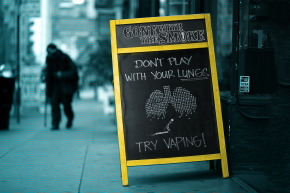 A new paper, sponsored by a tobacco and e-cigarette company, says vaping is less toxic than their alternative 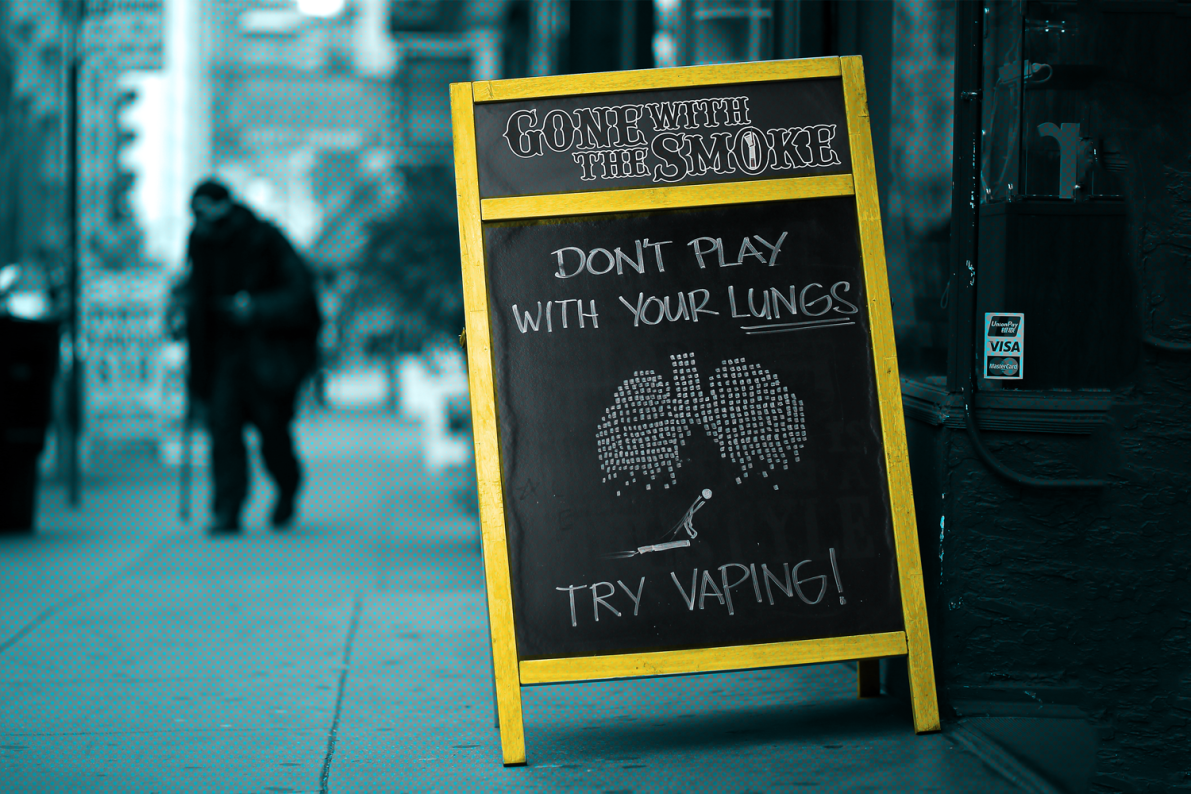 Vaping is much less toxic to human lung cells than traditional cigarette smoke, according to a new study. The paper, published in Toxicology Mechanisms and Methods, only found evidence of toxicity when cells were exposed to unrealistically high levels of e-cigarette vapors.

Just one small strawberry-scented plume of a detail: The study was funded by a company that sells both cigarettes and, more recently, vapes. More on that later — but, first, the findings.

In a lab setting, researchers exposed human lung cells to e-cigarette vapor and traditional cigarette smoke. They used something called a “neural red uptake assay,” which uses dye to reveal which cells are alive, dying, or dead after exposure. Cells were exposed to 60 minutes of vapor or smoke, which is comparable to estimates of what cigarette and e-cigarette smokers encounter over the course of an entire day or more, according to the study. Given this intensive dose, the paper calls the conditions “relatively extreme compared to real-life human exposure.”

More Most Doctors Know Basically Nothing About E-Cigarettes

They found that, depending on how much the e-cigarette vapor was diluted, e-cigarettes at these high levels of exposure were anywhere from 97 to 70 percent less toxic than cigarette smoke. What’s more, as researcher Chris Proctor put it in a press release, “We only saw signs of cytotoxicity from the e-cigarette aerosols when we used unrealistically high levels of vapor,” he said. “The conservative approach we took means that it is unlikely that normal vaping use would yield cytotoxic effects, even at the low levels observed here.”

Back to the issue of the study’s backing: It was conducted by scientists at British American Tobacco, one of the world’s biggest tobacco companies, which produces cigarettes brands like Lucky Strike, as well as the Vype ePen, which was tested in this study. The company’s website says it’s dedicated to “researching, developing and commercialising less risky alternatives to regular cigarettes,” which seems like a noble cause, but is also potentially a huge payday.

So, while this study did make it into a peer-reviewed journal, this is a far from the sort of objectivity you would like to see in a scientific study — especially given the history of the tobacco industry funding studies designed to underplay the deadliness of smoking.

The study adds to a wealth of seemingly contradictory research on the safety of vaping. Just last year, in total contrast to this paper, a study suggested that e-cigs, even nicotine-free ones, can damage human and mouse cells. Other studies have linked vaping to increased human cell death and heart damage. A study out of Portland State University found formaldehyde, a carcinogen, in e-cig vapor — but only when smoked at a high voltage outside the range of what any vaper would actually want to use.

On the other hand, Public Health England asserted last year that e-cigs are “95% less harmful” than cigarettes. Although, critics pointed out that this stunning number was based off of a study with questionable methodology, and that several of the paper’s authors “had ties to e-cigarette or smoking cessation companies.” That again.

As for the potential for e-cigs to help people quit smoking, the results are mixed: Some have found that they help, while others have found that they get in the way of quitting. Although, the researcher Jamie Hartmann-Boyce recently pointed out that it’s the randomized controlled trials, which are considered more reliable outcome measures, that have shown a quitting benefit.

So, where does this leave us, exactly? With a good deal of uncertainty and the need for more long-term, independent research. As Hartmann-Boyce put it, “When it comes to long-term safety, experts are making their best guesses in the absence of solid data, and that’s where room for disagreement creeps in.”