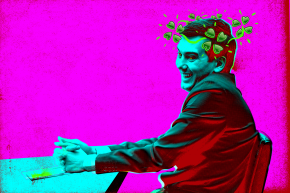 Flailing 4chan May Be Rescued By Pharma Bro
By Ethan Harfenist

Flailing 4chan May Be Rescued By Pharma Bro 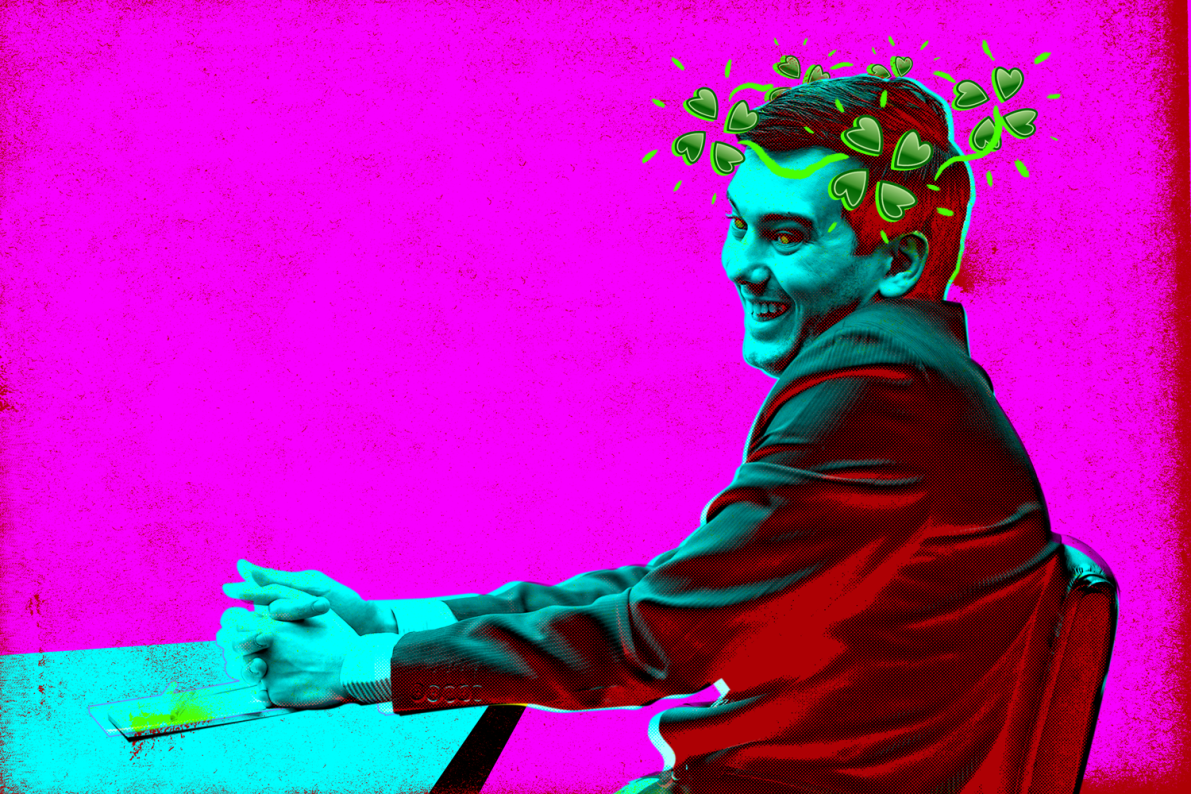 The controversial message board 4chan is facing some financial difficulties, and some prominent internet personalities, a few of which seem to revel in trolling the web, are trying to step in and keep it afloat. Among those people offering their financial services is infamous “pharma bro” and colorful “kind-of troll” Martin Shkreli, who on Tuesday aired his desire to join 4chan’s board of directors.

Shkreli, the former Turing Pharmaceuticals CEO who was arrested last year on securities fraud and freed on a $5 million bond, touts his potential involvement with the website as borderline philanthropic. “I see this community that’s really looking for help, and I’m in a position to help them,” he told Vocativ in a phone interview on Tuesday. “And I think I can lower their infrastructure costs and raise revenue, which is pretty close to zero at the moment, and solve their business problem and preserve their cultural heritage.” This, despite reports that he lost $40 million in his E*Trade account since his arrest.

On Sunday, Hiroyoki Nisimura, who bought 4chan from its founder last year, said that the site, which is largely credited with introducing the world to internet trolling, is struggling to keep the lights on. “We had tried to keep 4chan as is. But I failed. I am sincerely sorry,” Nisimura wrote in the post, ominously titled “Winter is coming.” “4chan can’t afford infrastructure costs, network fee, servers cost, CDN and etc, now.” In his view, 4chan has three options to keep running: Halve traffic costs by using slower servers, closing some boards, and limiting upload image sizes; introduce “much more ads” including pop-ups and “malicious ads”; or add more 4chan “pass users” and more features.

Such changes would potentially affect what has defined 4chan for years: an unregulated haven for memes as well as racist, sexist, and offensive content. In addition to its association with leaked nude celebrity photos as well as Gamergate, 4chan, launched in 2003, has been linked to cyber bullying an anti-cyber bullying website and trying to start a Democratic Twitter war.

Seemingly answering this cry for help, Shkreli wrote on Twitter Tuesday that he’s “open” to joining 4chan’s board of directors.

I'm open to joining the Board of Directors of 4Chan. @4chan

Nisimura tweeted him back, and it seems that the two are in some sort of talks.

I have replied your DM. Thank you for supporting 4chan @MartinShkreli https://t.co/keA7a632Dh

Shkreli stated that he thinks “it’d be a great investment,” though he wouldn’t comment on the specifics of the negotiations. “It’s one of the most popular, trafficked websites, you know? It’s a valuable web property, it’s an iconic kind of brand,” Shkreli said. “And you know, as an opportunistic investor…this is a situation where it looks like they’re in a bit of trouble and they need some help, so it’s a perfect fit.”

Shkreli’s intentions with 4chan are not entirely altruistic. He was quick to note that his services come with a price tag. “My goal is to help the website as much as I can. Obviously, I don’t work for free,” Shkreli said. “The company needs money, so I expect some type of compensation or return, whether it’s equity or profit or something.”

Shkreli is no stranger to internet commodities: in fact, he was a software developer long before he entered the pharmaceutical industry and earned the world’s scorn for jacking up the price of Daraprim, a drug that helps treat HIV-positive patients, from $13.50 to $750 overnight. Shkreli said he wants to work with 4chan to preserve its Wild West-style openness for all things — vile or otherwise. “I think first and foremost, whatever happens financially, the website has to preserve its culture of what makes 4chan special, which is its anonymity, its willingness to deal with content that a lot of sites aren’t willing to deal with. That’s why 4chan is famous,” he said.

But while he noted that the site is well-known for controversial sections such as /b/ and /pol/ — which often spread racist, anti-Semitic, or sexist memes and threads — other parts of the site, including its music section, are actually quite informative and open-minded. Therefore, censorship is not an option. “The company is not responsible for the content on the site — it’s user-generated content. And part of the allure of the site is that you can post anything, and people like Taylor Swift have supposedly commented in /b/.” Shkreli said. “So this is something with cultural significance and we want to keep that. I think censorship of any kind would be really a disaster for the site, so we’d avoid that.”

Still, even though he said that he strongly disagrees with some aspects of the site, including its racism and sexism, Shkreli believes in 4chan’s purpose and role in the internet. “I think there is a place for the internet to have a discussion about this kind of thing, and of course that discussion may be ugly, sometimes maybe horrible,” he said. “But a discussion is better than no discussion, and I think 4chan is probably a place that’s uniquely fit to hopefully not exacerbate any of the issues the country faces with homophobia and islamophobia, racism, etc., but I actually maybe partially solve it.”

Despite his flirtations with the alt-right, Shkreli insists that his motives are not political. In addition to saying that he’d do whatever necessary to preserve the site’s anything goes spirit, he indicated that if users wanted him to, he would even consider leaking the Wu-Tang Clan’s “Once Upon a Time in Shaolin,” the most exclusive record ever made and which he happens to own. “If I’m lucky enough to cut a deal with 4chan, I do think that I’d do anything and everything to create a better community, including uploading the [Wu-Tang] album or any other unreleased music that it may or may not have,” he said.

But Shkreli is not the only person who wants to preserve 4chan. Markus “Notch” Persson, who founded Minecraft, wrote in a since-deleted tweet on Monday that said, “Assuming it’s not too expensive, and assuming I don’t have to do any actual work myself, I’m in.”  Additionally, self-described free speech activist Mike Cernovich, who runs the site Danger and Play and has in the past put up a $500,000 bounty for Hillary Clinton’s health records, also expressed on Twitter to Nisimura his desire to help out.

Hi @hiroyuki_ni, 4Chan cannot be allowed to fail. I’m in talks with some other investors. Followed you. DM me and let’s talk.

Cernovich, an active member of the growing alt-right movement in the U.S., said he and a group of “silent investors” think 4chan’s survival is crucial. “I have reached out to 4chan’s current owner to discuss investment opportunities,” he said. “I have no interest in running 4chan and have never posted to 4chan or any other image board. This is strictly a high-minded way for us to ensure that speech on the internet remains free.”

Cernovich doesn’t have Shkreli’s buying power, and said he understands that price is a factor. Still, he remarked that his offer is “sincere.” “If the price is right, then my group of investors will find a way to keep it open,” he said.

Nisimura is open to a formal bid from Shkreli, he said. “He obviously has a talent. So it’s interesting,” he told Vocativ in an email. “I’m not sure a real possibility. We’ll find out.”