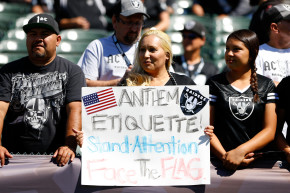 Because America, I guess 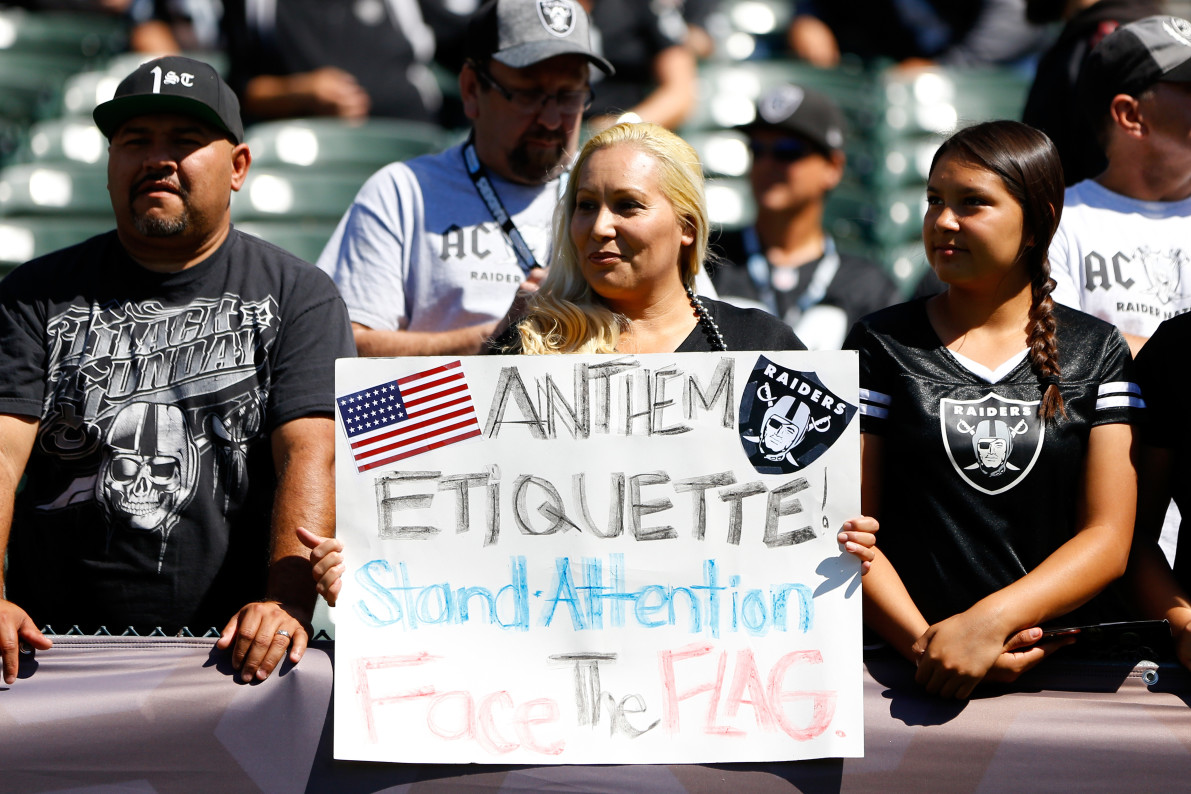 If the 19 members of the East Carolina University marching band won’t stop kneeling during the national anthem, one radio station is going to do something about it.

In an angry, oddly personal, and not-at-all logically sound press release from Colonial Media and Entertainment, ESPN Fayetteville declared that they will be going silent this weekend, declining to broadcast Saturday’s ECU-University of South Florida game in the hopes that it’ll teach those rude teens a lesson.

This is something else – ESPN Fayetteville radio won't carry ECU-USF because of the band protest pic.twitter.com/2UwHgkfZBZ

Tell us why, Colonial Media and Entertainment CEO Jeff Andrulonis!

“Every sponsor I’ve talked to agrees that last weekend’s spectacle at Dowdy-Ficklen Stadium and a message should be sent,” he said. Further, if band members really wanted to exercise their free speech rights they could have “quietly protested in the early morning hours before the game,” he said. “But that would have required them to wake up early so instead they chose to make a spectacle of themselves in front of the big crowd at Dowdy-Fickles.”

It’s true; nobody enjoys getting up before, like, noon, regardless of the disproportionate violence at the hands of the police suffered by African-Americans. Still, he’s right. They probably should schedule something for when very few people are around so no one would be bothered or in any way inconvenienced. That’s exactly how protests work.

Also, by taking the ECU Pirates off the radio, he’s accomplishing what, exactly? Fans won’t be able to hear the band not playing the anthem? Fortunately, the game will be broadcast on ESPNews, which might be able to provide better visuals of a silent protest than an FM station. Oh, and they’ll return to their regular programming schedule the following week. Really brave stance you’ve taken, Colonial Media and Entertainment.

In a statement provided to Sports Illustrated’s Richard Deitsch, the Worldwide Leader distanced itself from Andrulonis’ decision. “100.1 FM is an affiliate that carries some ESPN Radio national programming,” the statement reads. “Local programming decisions, however, are strictly in their purview.