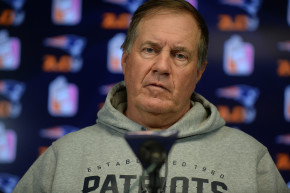 Bill Belichick Sure Seems Like A Hollow Shell of A Human 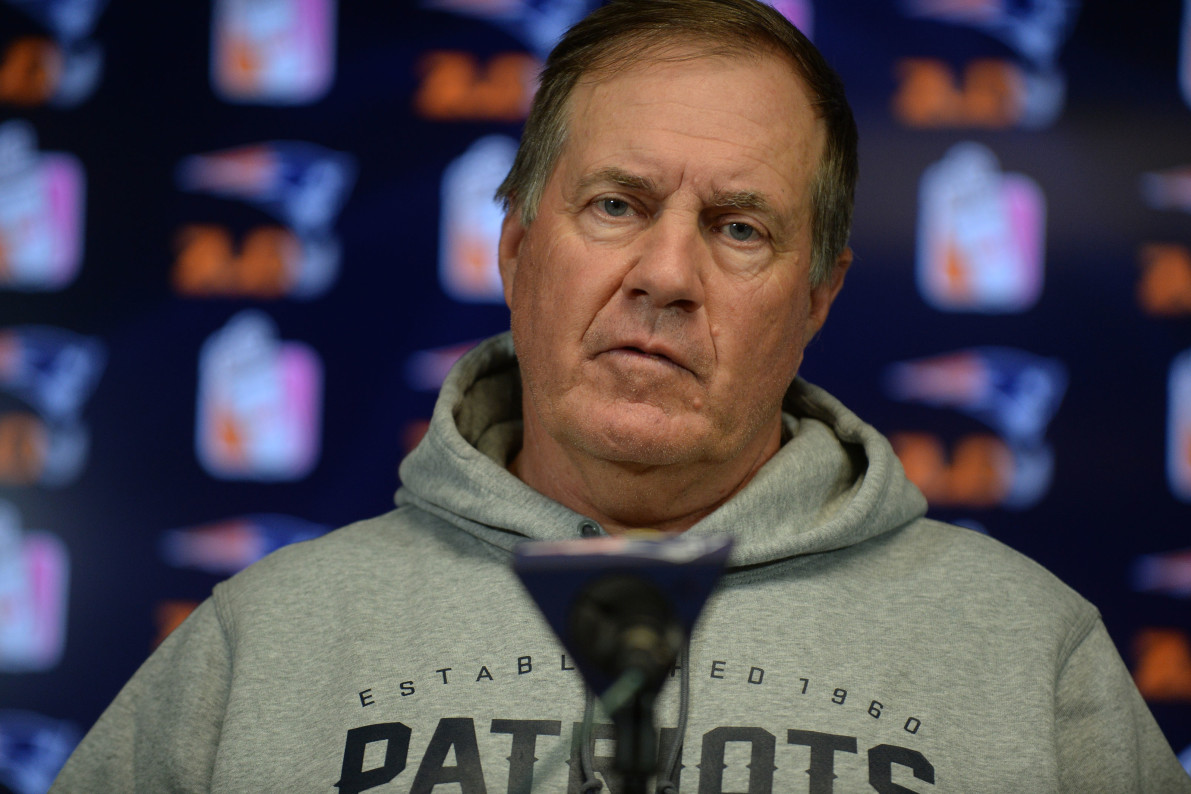 The upcoming issue of ESPN: The Magazine features one of those endless oral histories delving into the life of the New England Patriots head coach, Bill Belichick. And to save you the trouble of plowing through it all, it’s little more than hosannas from ex-players and coaches which burnish the legend of Bill Belichick, Beautiful Football Mind.

He’s a dyspeptic, secretive workaholic who’s very being is wholly devoted to memorizing every single football factoid, 24/7. Actually, it’s 22/7, according to former New England Patriots linebacker Rosevelt Colvin. “He gets maybe two hours of sleep, and the rest of his life is football,” Colvin said “He’s paid the ultimate sacrifice for this game.”

That’s a decent example of how all of Belichick’s colleagues speak of him. That is, generally sticking to rote ‘moving chess pieces while the rest of the NFL rubes are playing checkers’ and the ‘nary a stone being left unturned’ clichés, but even his transgressions, like his willingness to outright break the rules, get wrapped up nicely inside the Great Man narrative that ESPN paints.

Patriots and Jets running back Curtis Martin comes the closest to suggesting that maybe some of his skullduggery was beyond the pale, but hey, when you’re Bill Belichick, that motor just doesn’t turn off.

When he bailed on the New York Jets after a single day on the job, submitting his handwritten “I resign as HC of the NYJ” note, well, he just had to go that route, because it was a mere stepping stone on his path to total and complete control.

Speaking of which, the fact that he compiled a 30-34 record with the Browns was in no way Belichick’s fault. If only they hadn’t decided to move the team to Baltimore a year later, the team would’ve been great.

“I have no doubt that 1995 in Cleveland would have been like the 2001 Super Bowl season in New England if Bill had been allowed to continue to grow and groom his staff and his team,” said Heath Evans, a fullback that didn’t enter the league until 2001.

A franchise fraught with instability and abandoned by downright bitter fans seems like exactly the kind of unfavorable situation that a genius like Belichick should be able to overcome, but let’s not let that linger.

When they try to get someone, anyone, to say something nice about Belichick or to give a glimpse behind the iron curtain, it still comes off as a kind of creepy power move.

“When we’d win a big game, on Monday he’d give you one of those $100 handshakes,” Savage said. “It was the kind of gesture people would never, ever connect to Bill Belichick. There’s a generosity to Bill most people don’t get to see.”

He seems to fancy this Mafioso-like routine, at least he did while he was coaching the Browns. When Scott Pioli, then a personnel assistant under Belichick, gave him a lift to the airport, he jammed a Benjamin into the ashtray.

It’d be nice to hear what exactly he told Bob Quinn during a long heart-to-heart, but, regrettably, he wasn’t able to transcribe or record the pearls of wisdom Belichick offered after Quinn netted the Detroit Lions head coaching gig, “People don’t know. They don’t see that guy on the treadmill. They see the guy in front of the press podium,” he said. Sadly, Quinn was only able to recall this: “One of the things Bill said to me was, ‘Don’t try to be me, try to be yourself.'”

There’s very little here that scans as human, save for the fact that he thought (thinks?) Howard Stern is funny, digs classic rock, and occasionally writes nice thank you notes. It shies completely away from his affairs, his chummy dinners with Donald Trump, or how all of his utter devotion to pore over every minute bit of detail still didn’t sway him from drafting Aaron Hernandez, despite his known history of violent behavior in college.

With all the resources, insider connections, and access that ESPN boasts, and a grand total of seventeen (17!) reporters devoted to this piece, you’d think they’d be able to provide a fuller portrait of the man, or at least locate one or two people willing to go on the record and call him a stone-faced, miserable bastard in a way that’s not intended as a compliment. That’s sort of the point of an oral history, after all. (ESPN did get one anonymous NFL coach to sneeringly dub him a “failed football player.”)

Or, here’s a more generous interpretation: maybe all those reporters tried to peel away the layers of this riddle stuffed into a ratty hoodie and found nothing but a bunch of dudes who worship his coaching ability. Maybe the most savage charge ESPN could level is that, at his core, Belichick is a man with a slavish devotion to his job and nothing else. And if that’s what’s required to excel to the degree Belichick has, it’s still kind of sad.