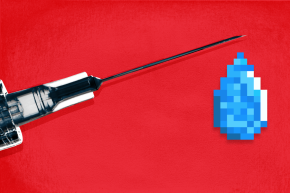 Computer Model Designs A Flu Vaccine That Could Last Years

It’s a long way from being real, but there may be promise here 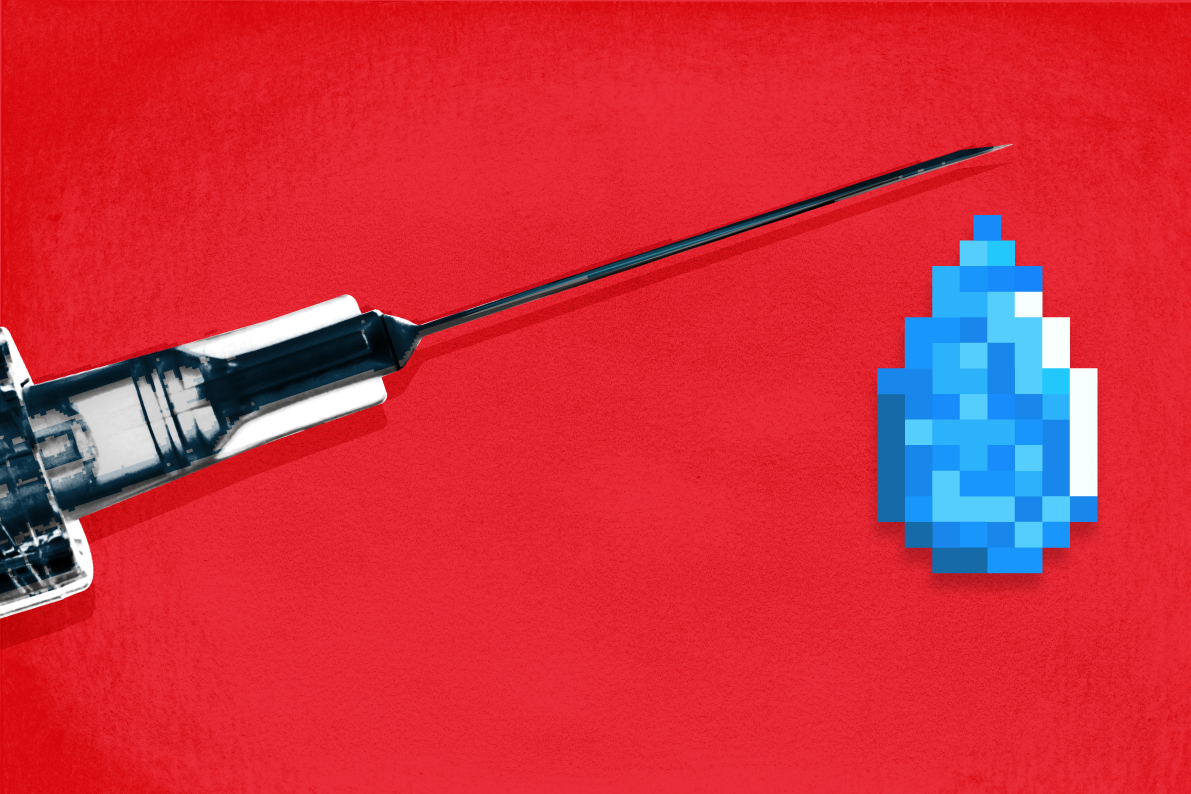 Roughly 150 million people in the United States got a flu shot last year, yet not a single one of them is protected against this year’s flu virus. That’s because the influenza virus evolves so rapidly that any immunity built up in one year won’t transfer to the next flu season — which is why your office has flu-shot day every single year. The game-changer would be to create a universal flu vaccine, providing years of protection from any and all strains of the virus. Now, an international team of researchers have used computer modeling to create a design for just such a universal vaccine.

In theory, the vaccine would protect against 95 percent of all flu strains in the U.S. and 88 percent of strains worldwide. But the key phrase there is “in theory,” as this vaccine design exists purely in the virtual realm. “This is just a theoretical design for a vaccine,” Derek Gatherer, a lecturer at the University of Lancaster and co-author of this study, told Vocativ. “There isn’t actually a product of any kind, tested or untested.” The next step for the researchers will be getting someone to synthesize the vaccine and start testing it experimentally to see whether it works in the way they hope it does.

The key to a universal flu vaccine lies in altering which part of the virus the immune system targets. Seasonal vaccines create an immune response to the surfaces of the viral particles, which are the bits that evolve most rapidly. The universal vaccine design targets the parts of the virus that change the least. “The synthetic vaccine consists of bits of the flu virus that are not found on the tips of the virus but are found inside the virus,” Gatherer said. “We have a whole range of conserved protein components from all the different half-dozen or so proteins that are in the virus, so there’s a very broad spectrum of immunity that can be derived from that.” While it’s much too early to say with any certainty how long this immunity would last, a very rough estimate suggests this vaccine, if it does work, could provide protection for about 10 years.

More France Is The Most Anti-Vaccine Country In The World

This idea for a universal flu vaccine isn’t new, and indeed similar computational methods are already used to determine the precise components needed for seasonal flu vaccines. It’s only now, however, that the knowledge base exists for researchers like Gatherer and his team to figure out the intersection between which parts of the virus are conserved and what parts are likely to generate a strong immune response. “It’s relatively easy to look for conserved areas in a flu virus,” said Gatherer. “But you have no idea if those areas are actually going to be useful in generating a response from the human immune system.

If this design or one like it is successful, it could greatly reduce the annual death toll from the flu, which the CDC estimates has ranged from 3,000 to 49,000 people in the United States, depending on the severity of that year’s virus. And since a universal vaccine wouldn’t just be recombining strains from previous years, it would have a better chance of protecting against previously unknown influenza strains, the most notorious of which is the Spanish flu pandemic that killed somewhere between 50 and 100 million people in 1918 and 1919.

Given such high stakes for a universal flu vaccine, it’s unsurprising that lots of the press coverage around this announcement has overhyped the research, leaving readers with the mistaken impression that the vaccine actually physically exists and might even be headed to pharmacies soon. According to a tweet from one of their colleagues in the field of computational biology, that includes the initial press release on the research. “The press release gives the impression that we now have a new, broadly acting vaccine,” Claus Wilke, the chair of the department of integrative biology at the University of Texas at Austin, wrote in an email to Vocativ. “We don’t.”

More Scientists May Soon Have A Vaccine To Fight Chlamydia

Wilke said the paper itself is fine but that he objected to the press release overselling the findings. “The elephant in the room is that they did not actually make a vaccine and test it,” Wilke said. “They just computationally predicted that their vaccine design would work and provide broad immunity. The history books are full of cases where people made predictions that didn’t hold up, or even found that drugs or vaccines worked in animal models but not in humans. This is fine for a scientific study, since even small, incremental advances tend to move the field forward over time.” But as for this specific vaccine design, Wilke wrote that he has doubts about whether the researchers’ approach would actually work. “However, that’s neither here nor there, since this is an empirical question,” meaning this is just the sort of thing that synthesizing the vaccine and testing it will determine.

Until then, Wilke urged caution about the design’s potential – which, it should be stressed, Gatherer does as well.  “Until we actually have a physical product that we can test in animals, we have no idea if it’s going to be safe or efficacious,” he said.

Actually getting the vaccine tested will mean finding a partner in the pharmaceutical industry, which could present hurdles. “Given that we have a well-oiled and relatively safe system for producing the flu vaccines — although there are many disadvantages to that — companies and governments are thinking is this worth our while investing money in a replacement for that system which might not necessarily work?” Gatherer said. “I think the track record of synthetic vaccines not having been very good is something that preys on people’s minds. They think, ‘Well, we’ve been down the block on synthetic vaccines before and they haven’t really delivered. So what is it particularly about this new one which would be better than the last one?'”

Gatherer’s answer to that question is that he and his fellow researchers have been able to perform a much more thorough and informed analysis of the human immune response to the flu than previous attempts to design a universal vaccine. But it’s not just about demonstrating that this vaccine could work. After all, our entire pharmaceutical and public health apparatus is built around preparing and distributing an annual flu vaccine, and switching to a universal, long-lasting flu vaccine would mean a lot of costly reengineering of how we do things. Gatherer compared this issue to why electric cars are still a relative rarity, or why we haven’t left fossil fuels behind for solar and wind power. “It’s not really a scientific problem, it’s an engineering problem,” he said. “It’s about replacing all the infrastructure.”

Regardless of whether this particular flu vaccine proves successful — and years of painstaking tests lie ahead before we can know one way or the other — the computational approach that Gatherer and his colleagues used is here to stay. He said it’s only in the last 25 years that we have gained the quantity of data needed for computational biologists to make meaningful predictions for their counterparts in the lab. Biology is starting to resemble physics, which has long benefited from the interactions between theorists and experimentalists. “Biology is maturing as a science in that respect,” Gatherer said.

It’s a decent bet that that growing relationship between theoretical biologists and experimental biologists could well help lead to a universal flu vaccine – if not with this particular research, then down the road.