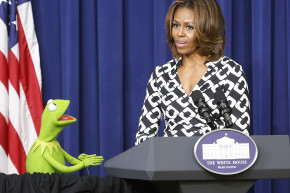 Clinton, Trump Fans Are Now Fighting Over Kermit The Frog

Again, how many days are left until this election is over? 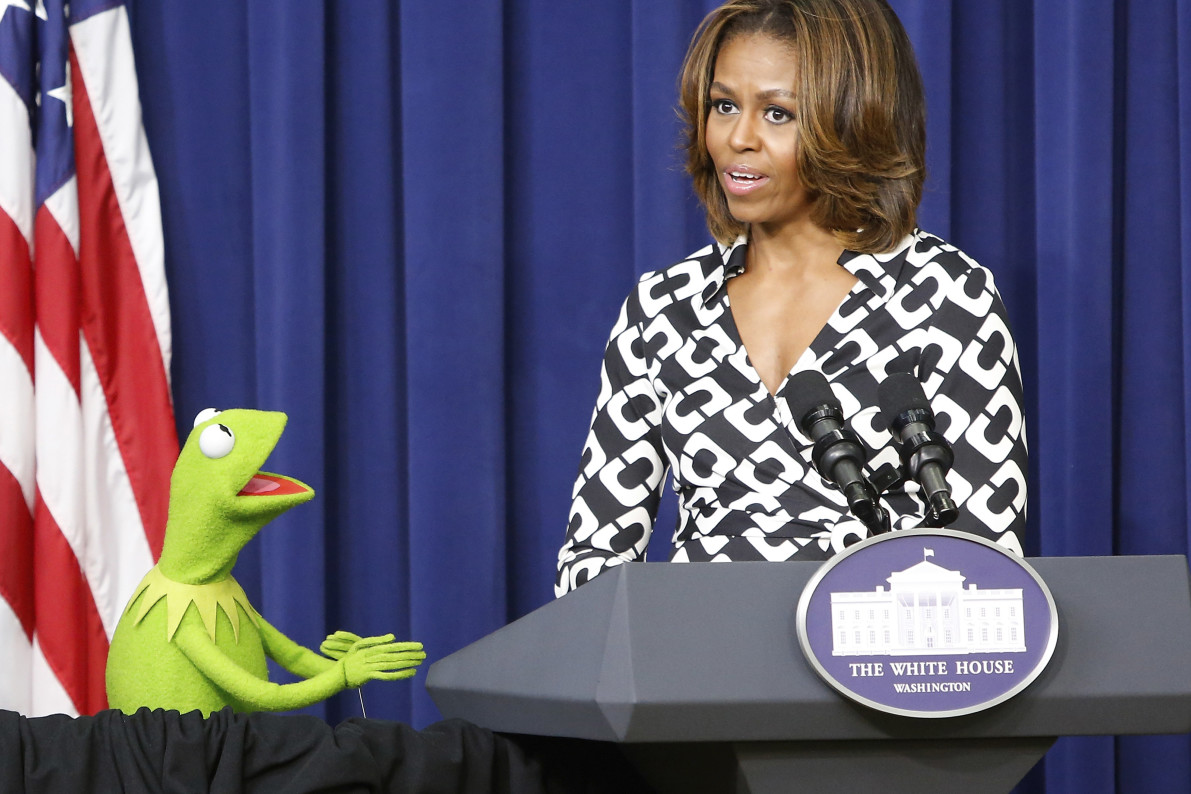 The latest casualty of the 2016 presidential race is Kermit the Frog. Fans of Hillary Clinton are vying to turn the iconic muppet into a meme intended to neutralize a different fictional frog that’s been used for months by ultra-conservatives online to spread racist propaganda and support Donald Trump’s candidacy.

The salvo erupted on Twitter after Josh Marshall, the editor and publisher of Talking Points Memo, a left-leaning politics website, posted a photo of Kermit on Sunday night with a call to fellow liberals. “I feel like the rest of us need to get behind a canonical pluralism frog to turn back the tide, re-appropriate what’s been lost,” he wrote.

I feel like the rest of us need to get behind a canonical pluralism frog to turn back the tide, re-appropriate what's been lost. pic.twitter.com/bjXTzjR56c

Marshall’s message served as a direct response to those who have championed Pepe the Frog, a cartoon amphibian that’s become a de-facto mascot of the alt-right community. Long a popular internet meme, the character morphed into a cultural flashpoint after members of the alt-right began to depict Pepe as a Nazi, a white supremacist, and later Donald Trump himself.

The Anti-Defamation League on last week announced that it had added Pepe to its list of hate symbols, which also includes the swastika and Confederate flag.

“Elections are about symbols. I thought it would be good to have a symbol that is about something other than hate and nihilism,” Marshall told Vocativ in an e-mail. “So for me Kermit is the perfect symbol of that.”

Many like-minded liberals agreed, and began to circulate Kermit memes with the hashtag #ImWithKer, a play on Clinton’s “I’m With Her” campaign slogan. The hashtag had been tweeted nearly 10,000 times by late Monday morning, a Vocativ analysis found.

#ImWithKer because I want something better for us than bigotry. pic.twitter.com/UEaPgzEkGQ

Of course, it did not take long for those opposed to Clinton and her supporters to try and hijack the burgeoning hashtag.

@joshtpm kermit will force you to ask the JQ. DEUS VULT pic.twitter.com/jpv9FASDEn

Marshall said the attempted takeover has yet to bother him. “When I see a Kermit avatar now I know what that person is for,” he said. “Whatever moral filth these alt-right trolls come up with doesn’t change that. Their trying to get in on it just shows they’re losing. Neo-Nazis and white supremacists usually do lose”.