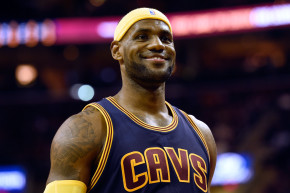 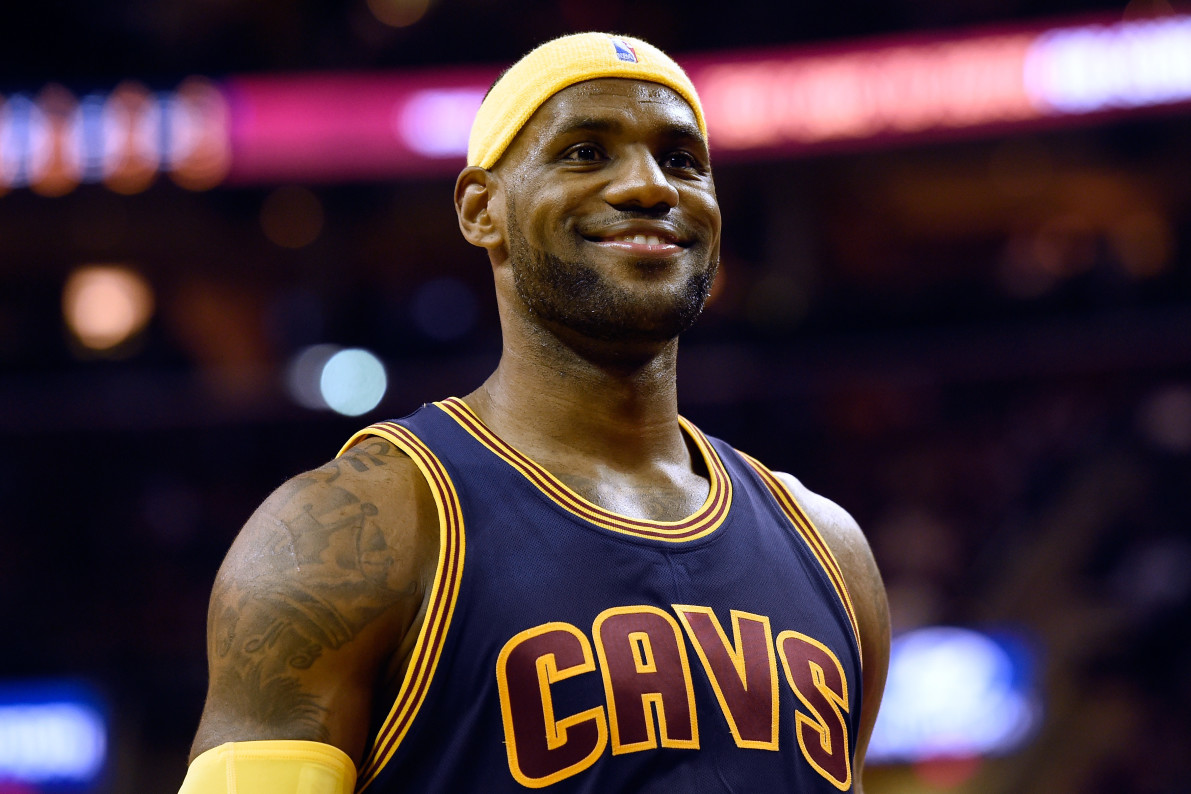 Two days after Cleveland Cavaliers owner Dan Gilbert hosted a fundraiser for Republican presidential nominee Donald Trump, the face of his franchise (and the entire NBA, for that matter), LeBron James, published an editorial offering his support to Democratic candidate Hillary Clinton. Awkward.

The relationship between the pair is famously strained, which is an improvement over its non-existence in 2010, when James took his talents to South Beach. The Akron native’s departure from northeast Ohio so enraged Gilbert that he wrote a regrettable open letter to James (with an even more regrettable Comic Sans font choice) that included, among other awful barbs hurled in the player’s direction, labeling the act a “cowardly betrayal” and this line, “This shocking act of disloyalty from our home grown ‘chosen one’ sends the exact opposite lesson of what we would want our children to learn.”

The bridge that Gilbert incinerated appears to be awaiting repairs since, after James led the Cavaliers to their first NBA title this summer, the owner’s victory-parade thank you was met with an awkward thumbs-up from James.

"We wouldn't be here if the leader, the hometown MVP had not come back to his state…" – @Cavs owner Dan Gilbert https://t.co/vQ2q8VJ7RZ

Now the two are butting heads by proxy through the presidential campaigns. Gilbert, who offered his Quicken Loans Arena in Cleveland for the Republican convention, is a prolific GOP donor. Federal Election Commission data shows dozens of prior gifts, including $1.25 million to a Super PAC supporting New Jersey governor Chris Christie in the primary, as well as $350,000 to one backing Ohio governor John Kasich. There is no record of a donation to either Trump or a Super PAC supporting Trump, but Friday’s fundraiser took place at the Chrysler House that Gilbert owns.

On Monday, protestors planned to convene in downtown Detroit to voice their anger at an event backing Trump in a city where the Motor City Muckraker reports that the GOP nominee is polling close to 0 percent.

“The fact that a person of Gilbert’s stature in Detroit can openly support a racist who is being shunned by his own party for his extremism is unacceptable,” community activists Rev. Bill Wylie-Kellermann and Elena Herrada told the news outlet in a statement. “It is an insult to all Detroiters. We must respond.”

James, meanwhile, wrote a long endorsement of Clinton that was published on Business Insider’s website on Sunday and in the Akron Beacon-Journal on Monday. He touted his foundation’s charitable work and likened its mission to Clinton’s vision. Most of the editorial, in fact, discussed his outreach to children—the very same ones Gilbert claimed that James had shunned six years ago—and said this of the youth served by his foundation, “My kids in Akron are proof of the hope and motivation that come from knowing college can be in their future, no matter what obstacles they might be facing.”

As ESPN The Magazine reported on the frayed relations between the pair during the NBA Finals, James said of Gilbert, “I think he’s the owner of the team. I’m just one of the players. One of the 15 guys. I’m one of the lower guys on the totem pole, so I just do my job. I’m just here to work.”

James is not shy about voicing his political opinions—just last week, he supported the motivation behind the National Anthem protests—and in 2012 supported the re-election of Barack Obama. (He is not, however, a financial booster. FEC records only show that James gave a total of $40,000 in 2008 before Obama’s first election to the Democratic National Committee and the Democratic White House Victory Fund and nothing since.)

The President got more work to do, make sure you get out and vote tomorrow #vote

Clinton is appearing at a voter registration event in Akron on Monday, and it’d be no surprise if James joined her. (Gilbert’s Trump event was done quietly, and he hasn’t answered media questions about it.) He may not have Gilbert’s estimated multi-billion wealth (at least not yet), but his name and clout remain intact to make meaningful public endorsements. Gilbert will benefit from the Cavaliers’ success, but James knows what he can do for the region through basketball and community work supersedes that.

In contrast to the reaction to Gilbert’s Trump event in Detroit that is inspiring racially motivated protests, James wrote of Clinton, “I do know we need a president who brings us together and keeps us unified. Policies and ideas that divide us more are not the solution. We must all stand together — no matter where we are from or the color of our skin. And Hillary is running on the message of hope and unity that we need.”

James says he’s striving for unity in this country, even if such harmony really isn’t necessary for his basketball franchise.