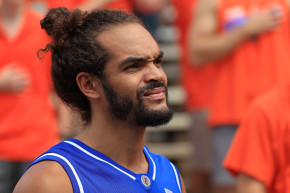 The Knicks’ West Point Training Camp Is A Joke 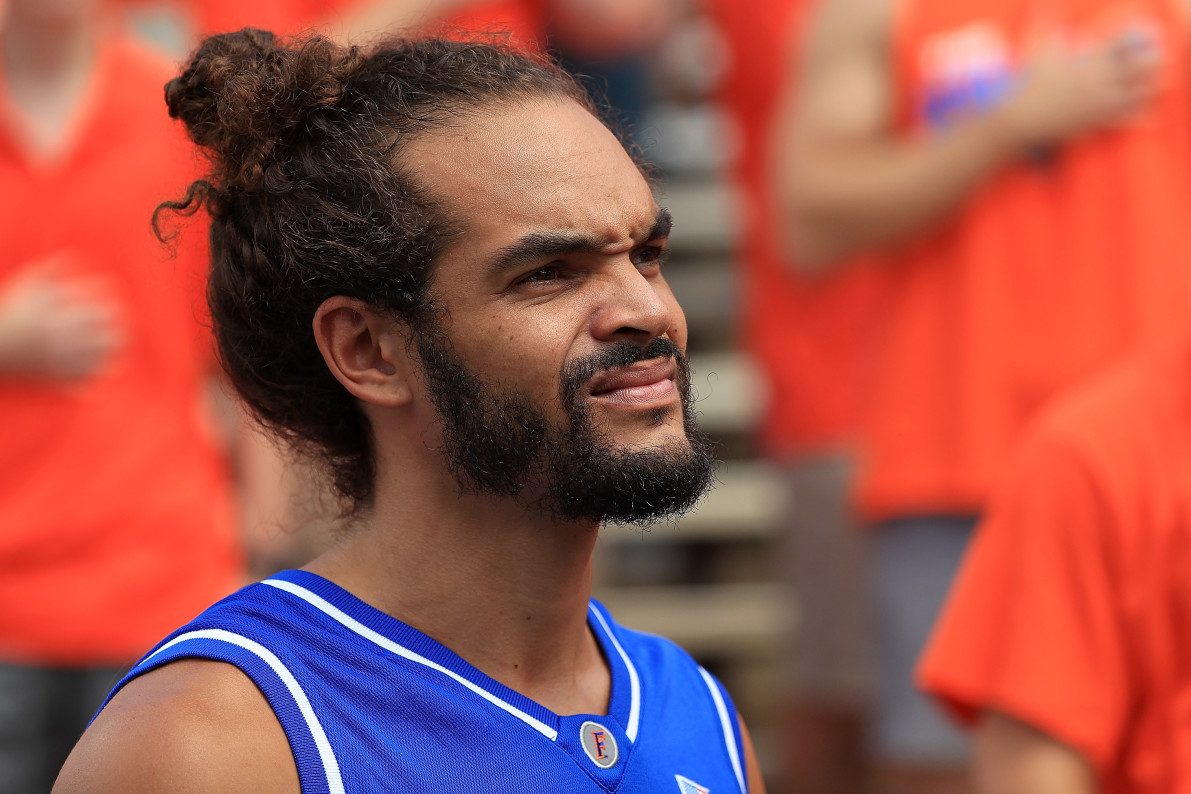 For the third consecutive year, the New York Knicks have been spending a portion of training camp holed up at West Point. This is the first year newly acquired center Joakim Noah partook of the experience and he’s not exactly thrilled, declining to attend a dinner with the cadets where a nice retired colonel gave a speech.

Invariably, this is going to be lumped in with Kaepernick and others’ decision to take a knee during the National Anthem, but really, it shouldn’t.

Take a look at Noah’s explanation. “It’s hard for me a little bit,” he said. “I have a lot of respect for the kids who are out here fighting. But it’s hard for me to understand why we have to go to war, why kids have to kill kids around the world. So I have mixed feelings about being here. I’m very proud of this country. I love America, but I just don’t understand kids killing kids around the world.”

Nor is it a form of protest. “It’s not my way of saying anything. I was not comfortable,” Noah said, adding that while he hasn’t had the opportunity to speak with the cadets on this visit, he has previously. “I really like to hear what they have to say,” he said. “It’s usually very sad.’’

Coach Jeff Hornacek is fine with Noah’s choice, noting his long history of working to both prevent and help the victims of gun violence in Chicago, and Noah made it crystal clear that he is “not anti-troops.

“It’s just not comfortable for me to see kids going to war and coming back having seen what they’ve seen and done what they’ve done.”

Naturally, the New York Post launched a two-pronged assault on Monday, with Marc Berman labeling his stance “pure silliness,” and placing Noah’s actions alongside Derrick Rose’s pending rape trial as examples of things that might cause a few hiccups during training camp. Meanwhile, Phil Mushnick straight went off the deep end, calling him a “fool” and stating that Noah should have attended because if it wasn’t for the US military, the Nazis would have either killed or enslaved his French-born father (who was born in 1960. No, really.)

A chunk of fans will invariably go bonkers or burn his jersey, but please, if that is your inclination, consider this: Regardless of Noah’s actions, there is absolutely no reason the Knicks should be anywhere near West Point.

If you believe that military service should be held in the utmost regard, or that playing the National Anthem before the opening tipoff is a moment to give thanks to the troops for securing the very freedoms we hold so dear, then I’d think you wouldn’t look favorably on the Knicks using cadets as a teaching tool.

They’re here for a few days so their coach and members of the front office can point to kids that will be asked to put their lives on the line and say, ‘See! That’s what I call discipline and/or sacrifice! Imagine if you put that kind of effort into setting a screen on the pick and roll.’

“It’s an honor to be here,” then-Knicks head coach Derek Fisher said in 2014. “Talk about being a team and committing yourself to others. This is a perfect example of it. We’re as much trying to build ourselves as a team by Xs and Os.’’

And here’s the Knicks president and former anti-war activist turned grumpy Baby Boomer, Phil Jackson, explaining why he digs West Point so much.

“I like the feel of West Point,” he said in 2015. “It’s serious, sequestered, and there’s a sense of discipline everywhere you go. It’s a good learning place.”

That may be so, but this is not war; this is basketball. And regardless of what lessons might be learned or wins might be added to their record, it’s hard not to recoil at the comingling of an entertainment product with the sacrifice of service, and, concurrently, a ham-fisted attempt to sell the notion that sports and country are both things to be rooted for, to be supported unconditionally.

Like the NFL’s decision to accept over $700,000 from the United States government in exchange for various forms of “paid patriotism,” the Knicks’ presence in Upstate New York does a disservice to anyone that places the games we watch in the proper context and/or takes seriously the role of the armed forces. Stop doing this, now.