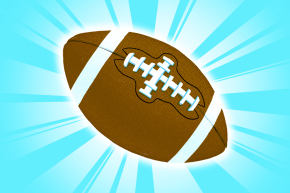 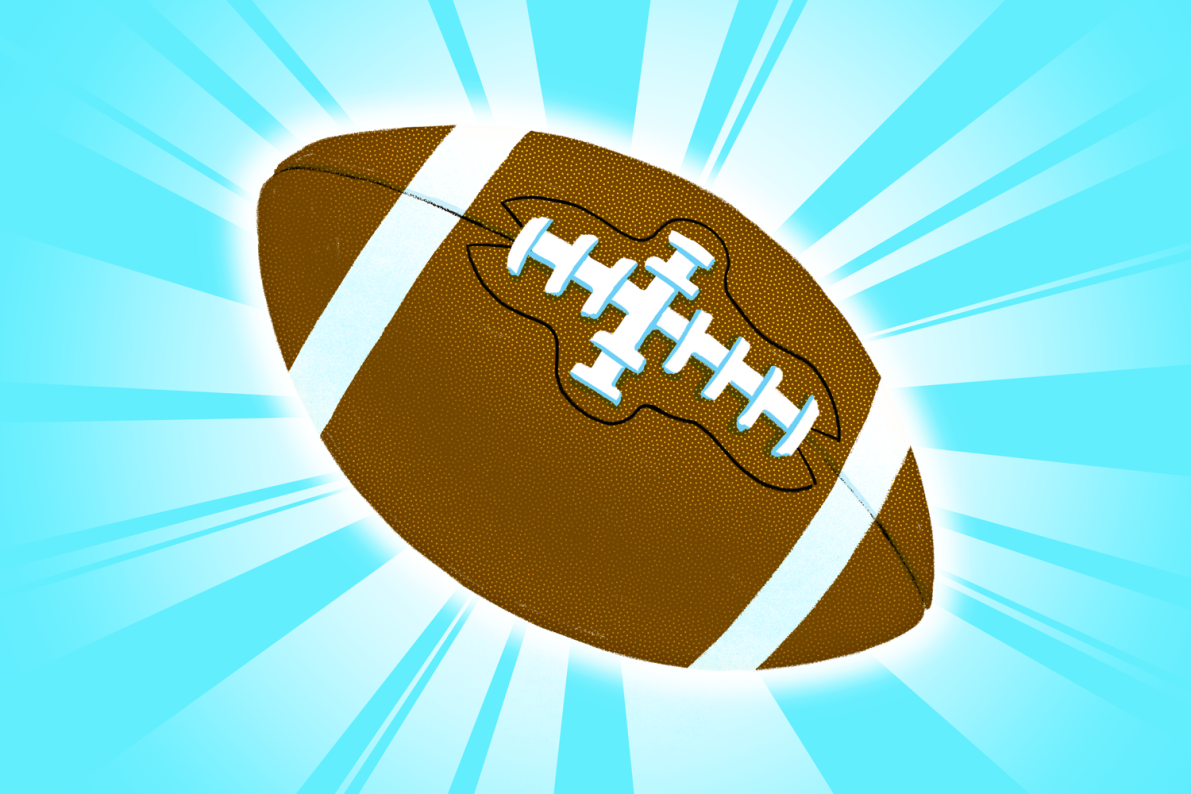 On September 14, at 5:23 pm, moments after football players finished practice at Heritage High School, in Ringgold, Georgia, the team assembled between the school and the practice field, as some prepared to get baptized in a 150-gallon Rubbermaid water tank.

The event was held in honor of Katie Beth Carter, a recent Heritage graduate, who died nine days earlier from a car wreck. She was a cheerleader and a team manager beloved by the players and coaches. Katie Beth’s sister, Kimi Carter, a sophomore at Heritage, filmed the baptism and streamed it on Facebook live (video also available here). For many of the thousands who watched, it was a morsel of comfort in the wake of a tragedy. But the event could also be the latest controversy in a 55-year legal conflict about the balance between freedom of religion and the separation of church and state.

“Alright, let’s go, let’s do this,” head coach E.K. Slaughter said, clapping his hands together, at the beginning of the baptism. “Thanks for having the courage to take this step. We talked the other day — for those who weren’t in our team meeting — I was just sharing with them, you don’t realize characteristics that certain people have until you don’t have them anymore. And just reflecting over the last week with KB [Katie Beth] and just how loving she was and how servient she was… I thought it was kind of poetic that the girl who brought water to us for the last two years, we have water here for you guys, ‘K? Pretty cool.”

More Pope Says Trump Is Not A Christian, Everyone Calls Pope A “Hypocrite”

The coach’s message was brief — about two minutes — but heartfelt. “This is about you and this is about your relationship with Christ and nothing else, ‘K? It’s a big step for you,” he told the students.

After Slaughter’s testimony, the team chaplain read scripture then introduced Jacob Carter, Katie Beth’s older brother, a practicing minster and a Heritage alumnus who played football four years ago. “Coach has given me the honor to baptize you guys,” Jacob said. “I’m just letting you guys know this is the craziest and coolest thing, and Katie would be so pumped… She would just be so excited if we were able to look at her and say, ‘Hey, these guys are choosing this.'”

The first volunteer walked forward and coach Slaughter instructed him where to stand and how to be dipped. Jacob grabbed him by his shoulder and back, an baptized him “in the name of the Father, Son, and Holy Spirit,” then lowered the student’s entire body into the tub normally used for ice baths.

The video has since gone viral within the local community. More than 34,000 people have viewed it. About 650 people have shared the video on their Facebook accounts — mostly with words of awe and inspiration:

This is awesome! God is still working supernaturally at Heritage High School. What a blessing!

So emotional this morning after watching this footage of the players from HHS football team being baptized!!!

Leave a legacy – you can – no matter how old you are! Thank you KB for shining a light and helping others see Jesus.

But not everyone was inspired by the video. Liz Cavell, a staff attorney Freedom From Religion Foundation (FFRF) watched with dismay. “Courts have repeatedly ruled that public schools cannot appear to endorse, promote, or favor religion in general or any religion in particular,” Cavell told Vocativ. “A head coach organizing or leading a team baptism, encouraging the students being baptized — these actions unmistakably communicate to the players and students present that the coach is in favor of the baptism, and that those being baptized into Christianity are doing something that pleases the coach.”

The FFRF believes that the tragic event that inspired this baptism does not make the matter any more ethical. “Losing a beloved recent graduate is a terrible tragedy and we understand the district community must cope and grieve together,” Cavell said. “But this can and should be done in a way that does not give the clear impression that the school district endorses religion or a particular religion.”

Cavell and Annie Laurie Gaylor, co-president of the FFRF said they are especially shocked because a similar incident happened last year, 100 miles away at Villa Rica High School, another Georgia public school. A local pastor baptized 18 students and one coach on the field before practice. First Baptist Villa Rica posted the video on YouTube, which spurred controversy and led the FFRF to call for an investigation. The FFRF also plans to ask for an investigation of the mass baptism that took place at Heritage.

At the root of this issue is the balancing act between two clauses of the First Amendment of the United States Constitution. One clause establishes the division of church and state, while the other guarantees the right of all citizens to practice their religion. When these two policies collide — for instance, by a public high school football field — it presents challenges to accommodate both.

The Alliance Defending Freedom would not comment on the baptism at Heritage since they are not involved in the case, but the advocacy group worked with the Fellowship of Christian Athletes (FCA) to create a 68-page handbook so students would know how they can legally exercise their constitutional right to practice their faith. As the guide explains: “Students retain their First Amendment liberties while on a school campus. They have the right to share their beliefs, pray, evangelize, read Scripture, and invite students to participate in such activities so long as they are voluntary, student initiated, and not disruptive or coercive.”

The Establishment Clause of the First Amendment prevents the government from promoting religion. As government entities, public schools must also adhere to this rule. Prayer in schools was first deemed unconstitutional in 1962 with Engel v. Vitale, which prevented teachers from holding official school prayers (a common practice at the time). One of the most recent Supreme Court cases on the matter, Santa Fe Independent School District v. Doe in 2000, banned student-led prayer at high school football games.

The Free Exercise Clause of the First Amendment, however, gives students the right to practice their religion how they choose. Students are allowed to express their religious beliefs at school, which means that they’re free to participate in clubs like the FCA. The Equal Access Act (EAA) protects these clubs and prevents schools from discriminating against student organizations. The baptism at Heritage place during an FCA meeting, but the FFRF is especially concerned with the association of a school employee. The EAA states that teachers can only attend religious meetings in a non-participatory capacity, as a teacher’s direct involvement in religious activities is seen as a school endorsement. Federal courts have even ruled that coaches can’t lead teams in prayers before games, participate in a student-led prayer circle before games.

Coach Slaughter was also aware of the controversy surrounding the last high school baptism caught on video and he tried to make sure this baptism didn’t break any laws or school policies. “As Christians, we are called to be obedient to authority. So the last thing we would want to do would be to go against the rules that we have in place by the people that are in authority,” Slaughter told Vocativ. “So we tried to make sure we did it the right way and that it was not a school event or a football event, but a FCA event that was done by an alumnus, not an employee. So that should cover us hopefully, legally.”

More GMO Denial Is A Religion, Not A Science

Cavell doesn’t think Slaughter did enough. “His level of participation certainly casts doubt over how this event was conceived and organized, but regardless his involvement even in an FCA baptism is unconstitutional,” she said.

Jacob Carter was also aware the coach wanted to make sure he didn’t break any rules. “[Slaughter] actually came by our house the week after Katie’s accident and said, ‘I really feel like God is providing an opportunity at the school for us to just show that He’s still good and He’s still sovereign. And use Katie’s life as an example to point these kids in the right direction. And so I really am praying for what opportunities God has for the football team specifically,'” Jacob told Vocativ. “And about a week later [Slaughter] called us and said, ‘The FCA leader for the school is also the chaplain on the team. I sat down with him and asked him what opportunities as the head coach in a public school system can I actually give.”

That conversation inspired him to ask Jacob to come out to the school and lead a baptism. “Some of them had already made the decision to follow Christ. Some hadn’t taken the step of baptism yet,” Jacob said. “I didn’t realize [my younger sister] was going to live stream it on Facebook for everyone to see. I’m thankful she did because it’s provided an opportunity to bring glory to what God is doing.”

Jacob baptized 11 students in all. Originally ten decided to participate and gathered by the tub. But once Jacob was done baptizing that group. Slaughter made a “last call.” After a pause, one student from the crowd of supporters, said, “I’ll do it, coach.”

After the eleventh boy was dipped and embraced by his peers, Slaughter asked all the dripping-wet players to stand in a line next to him before making closing remarks. “My love for my Lord is a daily decision, ‘K? So choose every day to do that. And anybody whose been baptized is no different. We’re in the same boat, right? Every one of us has got to make a decision every single day.”