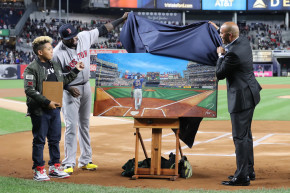 Is there really a best way to honor a retiring tormenter? 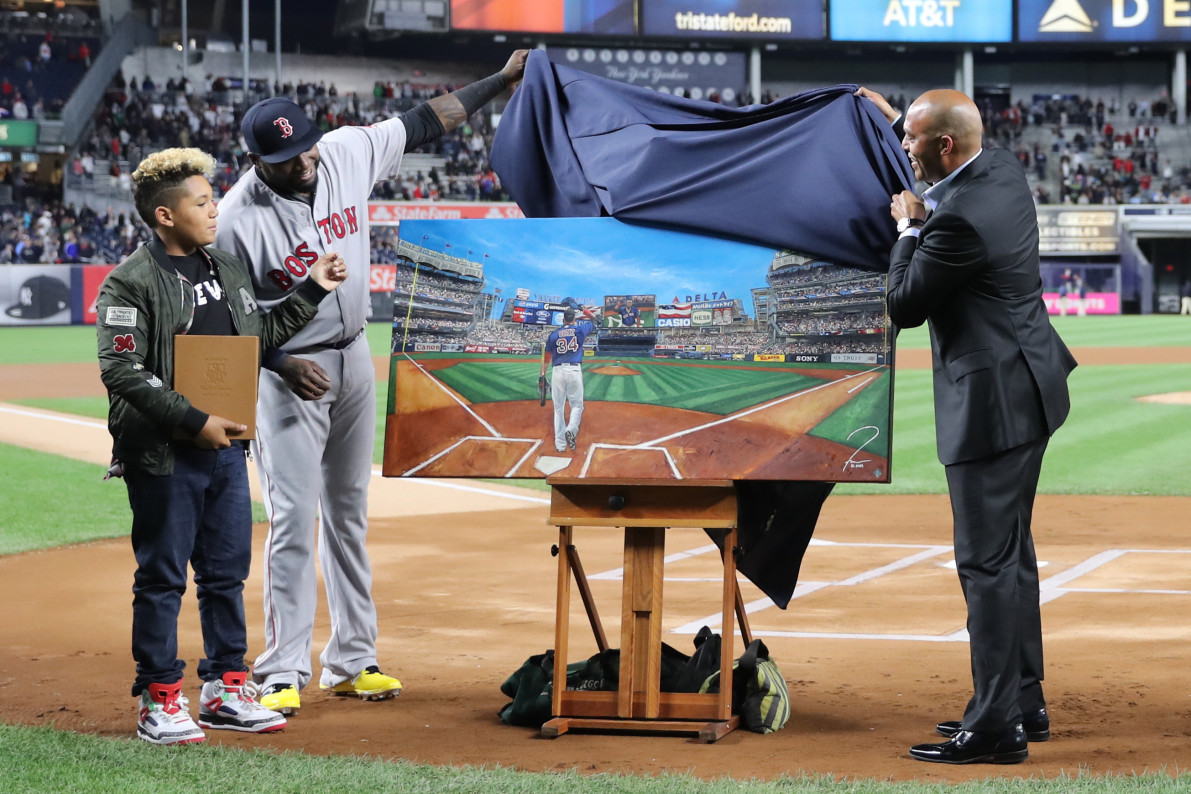 As Boston Red Sox hero David Ortiz strode to the Yankee Stadium batter’s box for the final two times on Thursday night, the crowd at his arch-rival’s ballpark, in near unanimity, rose and showered the retiring slugger with a standing ovation. Only a few barely perceptible boos infused the moment.

Before his first plate appearance, Yankees pitcher CC Sabathia stepped behind the mound to lengthen the moment and keep the spotlight on the hated opponent, who had tormented the Bronx faithful for more than a dozen years. Up in Section 415, several fans unfurled a Dominican flag to honor their countryman. Boston fans clad in red peppered the half-capacity stadium and comprised a vocal majority.

Preceding the game, Yankees broadcaster David Cone and outfielder Jacoby Ellsbury, a former teammate of Ortiz’s, presented the retiree with a leather-bound book of personal letters from distinguished Yankees. (Surely Ortiz will store the item in an apartment smelling of rich mahogany.) Then, former Yankees closer Mariano Rivera — an occasional tormentor, foil, and supporting actor of Ortiz — presented him with an oil painting of the Red Sox great tipping his cap to the Yankee Stadium crowd, in a moment of art preceding life.

“Honestly, it was a very nice ceremony,” Ortiz said to reporters after the game. “I was a little nervous because I had my family with me, but it was very respectful, very nice.”

Of course, when Sabathia struck Ortiz out at the end of that first at bat, pockets of the crowd cheered loudly again — this time at his expense.

Still, the proceedings were classy, belying the angst between the franchises and the awkwardness of saluting a man at whom fans had directed their ire for so many seasons. “You ruined many of our games, were a pain in the ass to pitch to, and your 2004 ALCS performance irrevocably ended our nearly century-long, one-sided dominance of your franchise — now here are some gifts!” Basically, anyway.

“Impressive,” Ortiz said. “There were no boos out there. It seems like everybody was happy that I’m leaving.”

There certainly is something to be said about that: Ortiz had, after all, smacked 57 home runs in 239 combined regular season and playoff games, including five in the storied 2003 and 2004 American League Championship Series.

These farewell tours have grown commonplace as a series of superstars with intact reputations retire; Ortiz was preceded by Rivera, Yankees shortstop Derek Jeter, and Atlanta Braves third baseman Chipper Jones—all future Hall of Famers. The Red Sox didn’t so much honor Rivera as roast him by showing clips of the pitcher’s failures against Boston. Jones wreaked such havoc on the New York Mets at their old ballpark, Shea Stadium, that he named his son Shea, but the Mets still gifted him a commissioned painting. Just last week, the Baltimore Orioles gave Ortiz two gifts: not only a donation to his charity but also the dugout phone Ortiz once demolished in a fit of rage.

It’s good sportsmanship to pay such tributes, even to rivals, but sports shouldn’t be so serious and a little needling ought not to be out of bounds. As Jones once said, when asked how he’d view his career from a Mets fan’s perspective, “I would respect the body of work, but I would hate his guts.”