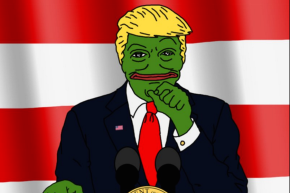 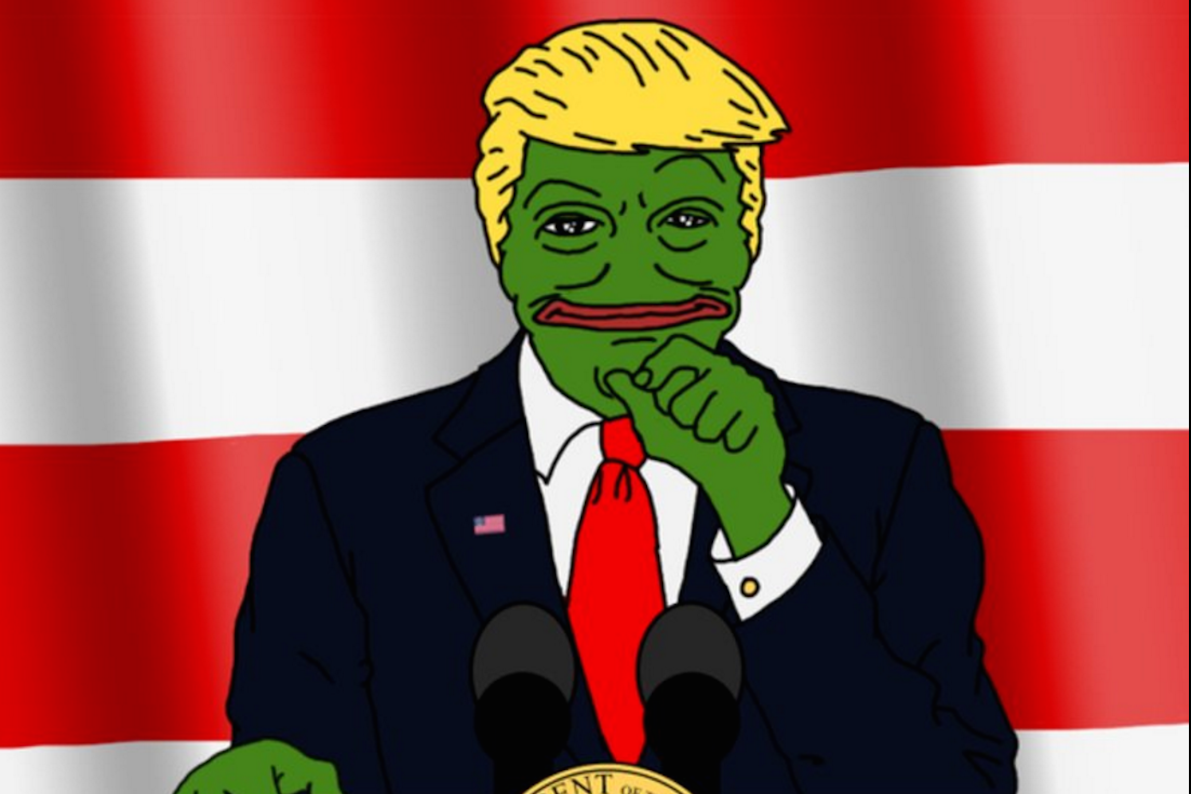 A cartoon frog, officially dubbed a hate symbol by a prominent advocacy group, is being peddled among the world’s largest online retailers.

Dozens of merchants on Amazon, Etsy, and Ebay are using the image of Pepe the Frog to hawk assorted swag, t-shirts, and trinkets on the sites. Long a popular internet meme, Pepe morphed into a cultural flashpoint after members of the alt-right community adopted the animated amphibian as an unofficial mascot and used it to promote bigoted and provocative ideas.

The character’s creator, Matt Furie, told Vocativ in a recent interview that the character’s use by far-right groups is a “dumb phase I have no connection to.”

Earlier this month, an Instagram post shared by Donald Trump Jr. — the son of the Republican presidential candidate — that showed Pepe prompted Hillary Clinton’s campaign to publish a comprehensive explainer on the cartoon frog, arguing that it’s a symbol of white supremacy. The Anti-Defamation League on Tuesday announced that it added the cartoon to its list of hate symbols, which also includes the swastika and Confederate flag.

“Once again, racists and haters have taken a popular internet meme and twisted it for their own purposes of spreading bigotry and harassing users,” Jonathan Greenblatt, the league’s chief executive, said in a release.

Thus far, the controversy hasn’t given any pause to a budding cottage industry that sells everything from Pepe keychains to coffee mugs, though without the inflammatory flourishes. On Wednesday, Vocativ found more than 100 listings for Pepe products on Etsy, including votive candles and flasks. Those on the hunt for children’s pajamas or custom doggy t-shirts emblazoned with the frog can find them among dozens of items on Amazon. Meanwhile, Ebay offers a whole suite of Pepe iPhone cases and trucker hats.

All three online retailers last year moved to halt the sale of Confederate flag merchandise on their sites, citing its racist and divisive symbolism.

Amazon and Etsy spokespeople declined to comment for this story. Ryan Moore, a senior manager for global and corporate affairs at eBay, said in an email that the company does not “promote or glorify hatred, violence, racial, sexual, or religious intolerance, or promote organizations with such views.”

“If these particular items are marketed or described in an offensive manner, we’ll remove them per our policies,” Moore said.

None of the Pepe items reviewed by Vocativ on Amazon, Etsy, or Ebay displayed overtly racist or offensive themes or messages. However, Pepe now regularly appears online promoting such ideas.

"No #SkittlesWelcome in the new and improved America" - Pepe Hitler pic.twitter.com/nkncuduAc2

@patrioticpepe @realDonaldTrump Who is Pepe? Oh just the mascot of the Jew hating Neo-Nazi Alt-Right. pic.twitter.com/LPo0bz0HV7