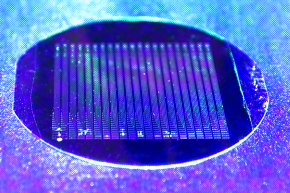 Pacemakers For Your Nerves: Could Tiny Implants Stop Chronic Disease?
By Alexandra Ossola

Pacemakers For Your Nerves: Could Tiny Implants Stop Chronic Disease? 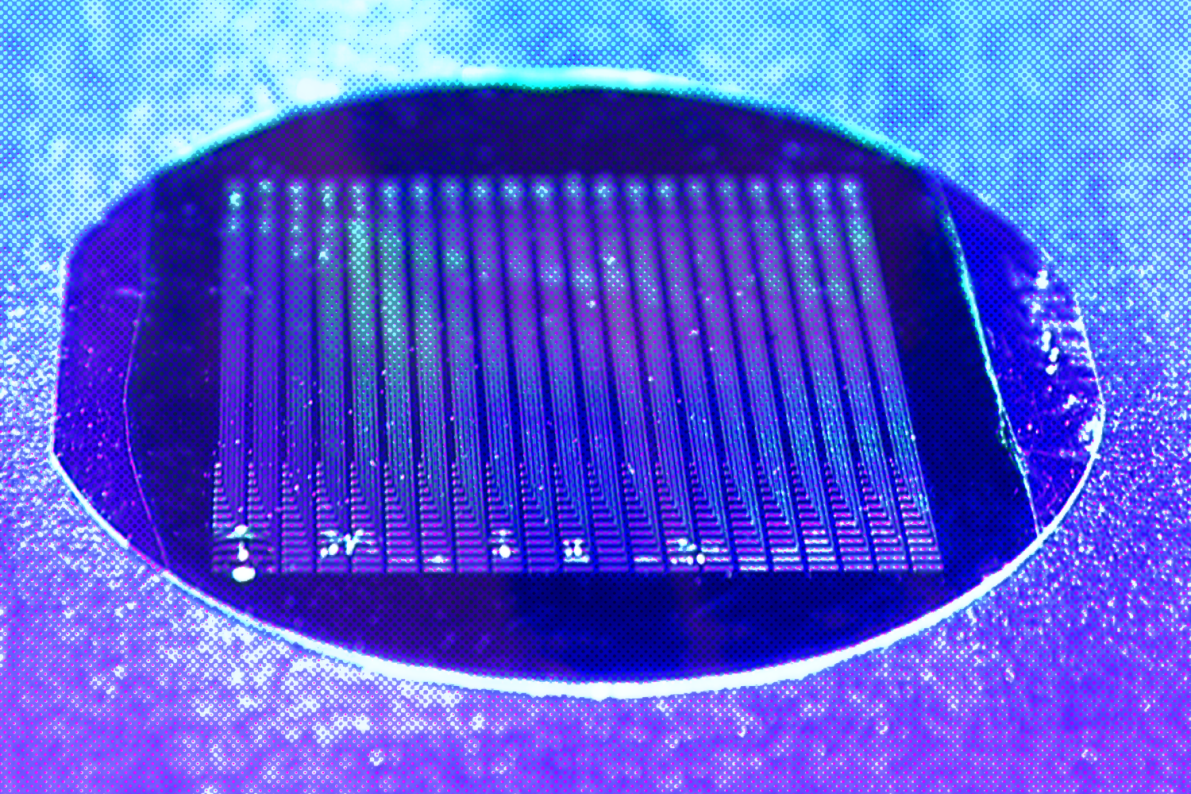 Photo: Feinstein Institute Productions—Thin, flexible electrodes inside this silicon wafer will record and stimulate nerves to treat disease
By Alexandra Ossola
Feb 23, 2017 at 9:42 AM ET

Imagine a tiny device implanted in your nerves that could stop inflammation and pain before it starts, even for patients who have hard-to-treat chronic diseases like asthma and rheumatoid arthritis.

Thanks to innovations from a new field called bioelectronic medicine, this isn’t science fiction. Early studies along these lines in animals and humans have shown promising results, and now companies and research institutions are investing hundreds of millions of dollars to make these devices possible. But scientists have big hurdles — basic questions about how these devices would work with the body, along with engineering challenges — before they can start to help patients.

Not only is the technology unique, but the growing field could represent a shift in medicine. “This is a novel way to treat disease,” Peder Olofsson, a senior researcher at the Karolinska Institute in Stockholm, told Vocativ.

In the most basic sense, the human body is electric. Every thought in a person’s head, every conscious and unconscious movement of her muscles, every sensation of the world around her would not be possible without blips of electricity transmitted through nerves and neurons.

Scientists have known this for a long time and have slowly devised various ways to eavesdrop on the body’s circuitry in order to hack into it. Pacemakers synchronize the electric pulsing of a weak heart; mild shocks to the brain can ease some symptoms of mental illness and might even help people better retain information. Some researchers are even creating prosthetics that amputees can control with their minds.

Bioelectronic medicine uses some of the discoveries made in these related fields to treat chronic disease. Inflammation, overactivity of a patient’s immune system that causes the body to destroy its own healthy cells, plays an important role in diseases such as asthma, rheumatoid arthritis, inflammatory bowel disease, and diabetes. Because nerves carry signals that can decrease immune activity, reducing inflammation, bioelectronic medicine proponents hope to listen in on those signals and change them when necessary. “By interfacing electrically with the immune system, we might be able to regulate inflammation,” Olofsson said.

This was all theoretical until the publication of a foundational study in 2000 in the journal Science. In it, the researchers showed that using electricity to stimulate the vagus nerve, the longest nerve in the body that connects the brain to a number of organs from the throat to the pelvis, reduced the immune reaction to a toxin in mice.

“That was a proof of concept that showed it was possible to make devices to regulate the immune system,” Olofsson says. Since then, there have been numerous other experiments conducted in animals, until finally, in July 2016, a team of researchers published the results of the first clinical trial in humans. What they found confirmed all the previous research: stimulating the vagus nerve decreased the inflammation in rheumatoid arthritis patients, who suffer from a chronic and painful joint condition.

Now, 16 years after that proof-of-concept study, the field of bioelectronic medicine is starting to truly take off. The Feinstein Institute for Medical Research, in New York, which has blazed trails in the field for about 20 years, continues to “hire aggressively” to fill the remaining vacancies in its five recently constructed labs, according to a press officer; this week, the Institute announced a “strategic alliance” with GE. In September, the New York Academy of Sciences held a two-day symposium on many different facets of bioelectronic medicine. In August, pharmaceutical giant GlaxoSmithKline and Verily (owned by Google’s parent company Alphabet) announced a $715 million joint venture called Galvani Bioelectronics in order to develop bioelectronic medicines. “That’s quite substantial,” says Franck Brinkhaus, a senior life sciences investment banker with Biotech Alliances in Silicon Valley, adding that the milestones built into the deal mean that there are still securities in place.

“What underpins it for GSK is the notion that this is what we refer to as a new modality, a new means to make medicines,” Kristofer Famm, the vice president of bioelectronics research and development at GlaxoSmithKline, told Vocativ. “This is not only relevant in one or two products, just like small or large molecule [drugs], but it’s something that can be used as an approach in a broad range of diseases.”

If these devices work as experts anticipate, they could provide major benefits to patients, many of whom have trouble sticking to treatment regimens over the long term or who find that treatment sometimes doesn’t work as well over time.

Still, bioelectronic medicine is a risky pursuit, Famm admitted, because of the many questions that scientists have not yet answered.

Though researchers have a much better understanding of the relationship between the body’s major nerves, the brain, and the immune system, they still have not fully mapped the peripheral nerves that branch away the brain and spinal cord. Before tiny devices can be tested on these nerves, researchers need a map, Olofsson said. Without one, the devices might simply not work, or they could interfere with the wrong signals, causing pain or malfunction within the body.

Similarly, scientists still need to understand not just that these devices work, but how they work. “Even if you know where a nerve starts and where it ends, you need to know what actually happens at the endpoint–how does that nerve interface with the end organ, the immune system or other tissue? How does a change in that interface contribute to disease?” Olofsson says.

Making the devices will be no easy feat, either. They need to be small enough to target specific nerves ranging in thickness from an inch to smaller than a hair, and be implanted without cutting a patient open to make sure no nerves are damaged in the process. The devices also have to be self-powered for long enough to stay in the body for years, and be made of the right material so that they can record and introduce electrical signals without causing inflammation, Famm says. As engineers create more sophisticated experimental devices, they will also have to take privacy into account, which engineers can do from the outset, Olofsson notes.

It seems unlikely that these devices will come to market soon. FDA approval will require testing doses and determining diseases it could treat, and proving the gadgets are safe and effective. Despite all these hurdles, Famm estimates that GSK could bring the first product to market in the next seven to 10 years.

Experts like Famm and Olofsson are optimistic and enthusiastic about the potential for bioelectronic medicine, but they are realistic about the research and engineering challenges that lie ahead. The field is progressing at a pace that Olofsson calls “rushing slowly.” “We have to be clear about what we know,” he says. “We have very promising evidence from small studies in human patients. But we need more research.”