In advance of his UFC 205 headlining fight, Conor McGregor declared himself the ruler of New York. Seriously 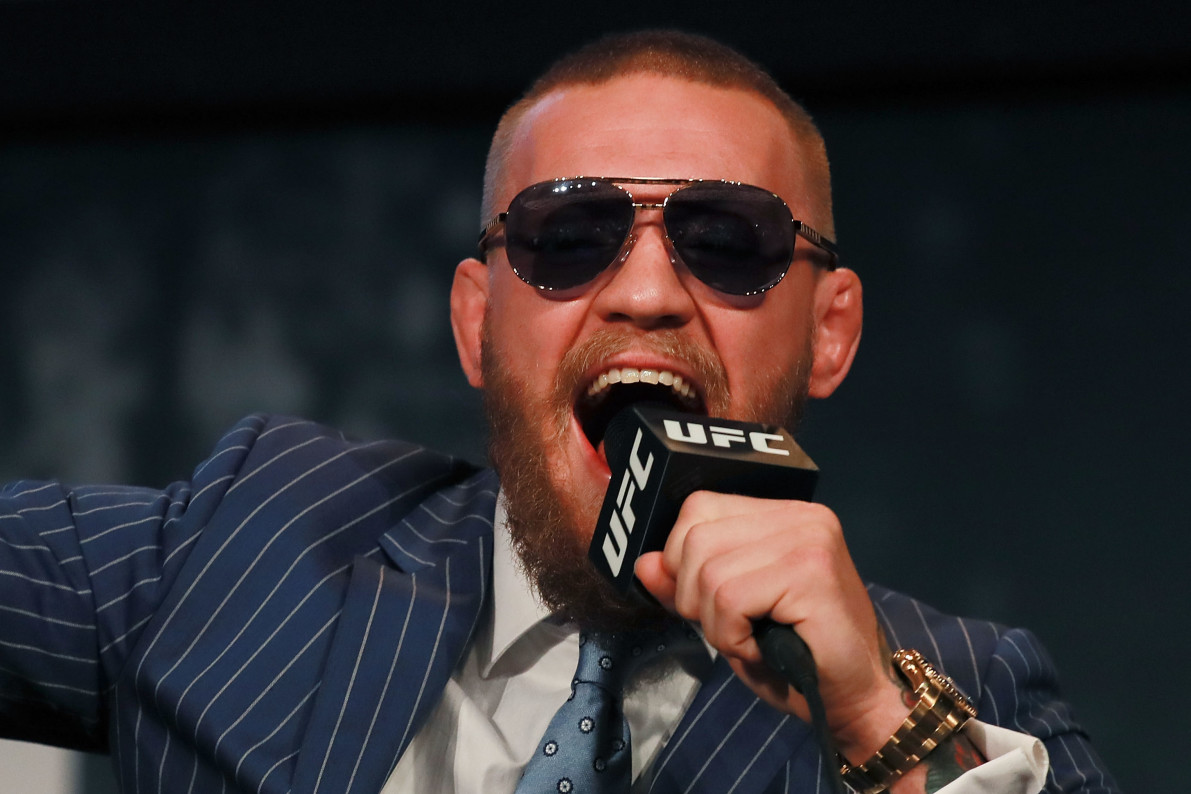 In a press conference held on Tuesday, McGregor, as is his wont, stoked the flames by talking ungodly smack on everyone within earshot. When asked why he was so amped to enter the octagon in New York specifically, he said, “Listen, the Irish, we built this damn town. I’m serious. We built this city. Now I’m back. Now I’m coming to claim what’s ours, so it’s an honor to be here.”

Technically, New York City was built on the backs of both slave labor and the slave trade, but McGregor went a step further because of course he did. After Alvarez told him to “be careful,” he claimed full ownership of the five boroughs.

“Or what? Or what? What you gonna do? Or what? You gonna do something over there?” McGregor said. “Shut your fucking mouth. I run New York. I run this whole shit.” The citizens of New York have yet to respond to a request for comment on their new self-proclaimed ruler.

McGregor added that the recent sale of the UFC to a group led by WME/IMG for $4.2 billion means that he is personally worth $4.2 billion himself while Alvarez is “just another broke bum that can’t afford to pay his fucking bills. And that’s all that is.”

And when another MMA fighter, Jeremy Stephens, boasted that he, not Alvarez, would provide the best competition for McGregor because “when I knock people out, they don’t fucking move,” McGregor hit back with perhaps the most definitive raw own known to man.

Everyone is looking for a shot at Conor McGregor at the #UFC205 presser! https://t.co/sHjYqD5xbH

Naturally, Stephens took it to Facebook, where he called McGregor a “ginger crackhead” and alleged that he ran away and hid when Stephens confronted him.

“I’m not sure what that fire crotch said, I couldn’t really hear at the presser. It didn’t really matter. I went backstage and that little leprechaun wanted no part of it. He locked himself in a room. He talks a big fictional character up but he didn’t want to back it up, he was locked in a little room. Hopefully he’ll step up to the plate and fight a real savage like me. You know I’ll mop the floor with that little ginger crackhead any day.”

Meanwhile, Nate Diaz, who split two recent high-profile fights against McGregor, is not particularly pleased that he won’t be taking on either McGregor or Alvarez.

“Fuck them both,” Diaz told MMAFighting. “You know both those little bitches are afraid to fight me. That’s why they are fighting each other.”

The press conference, bad words and all, can be viewed in its entirety here.