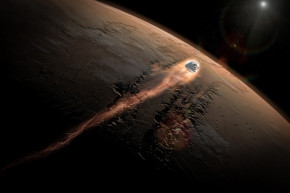 Elon Musk Wants To Send You To Mars For Only $200,000
By Alasdair Wilkins 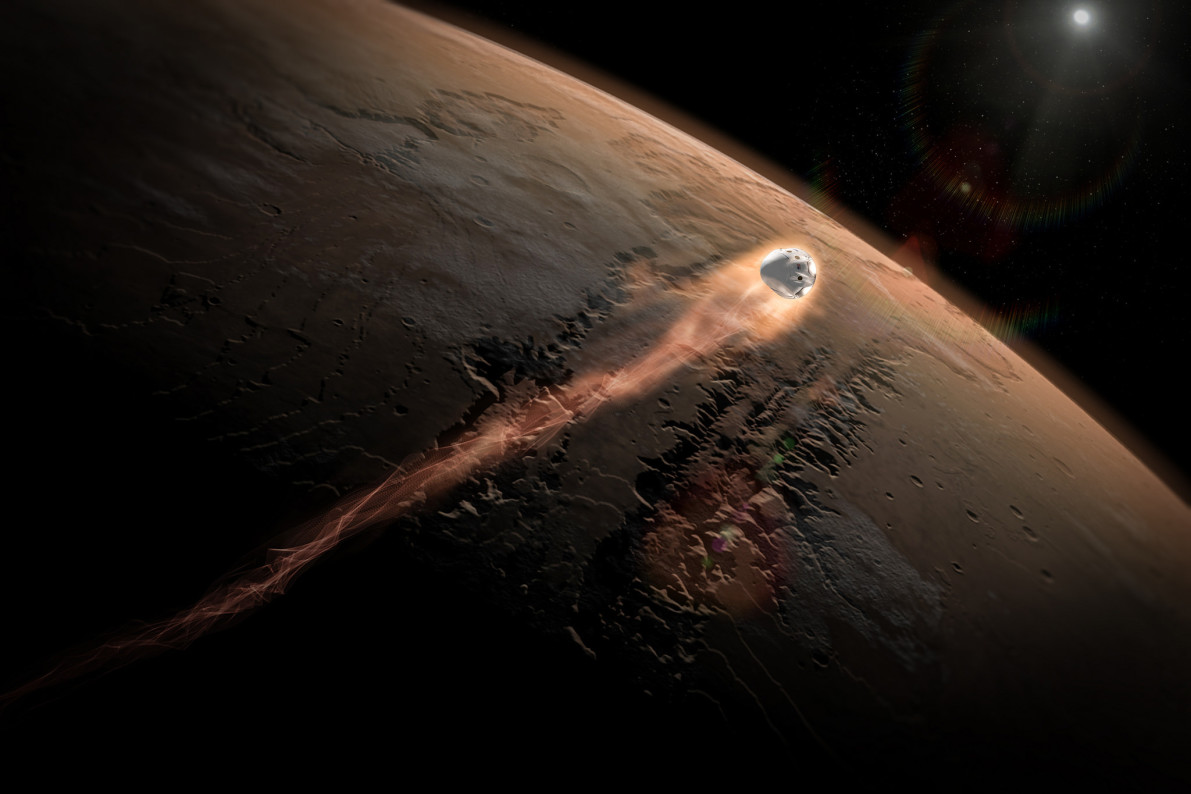 SpaceX founder Elon Musk detailed how his company plans — in the far distant future — to colonize Mars at a session on Tuesday at the International Astronautical Congress in Guadalajara, Mexico. Beyond all the technology we’d need to create, Musk’s biggest concern is making it cheap.

Musk put forth a bold plan, though he was a bit fuzzy on the specifics and the timeline, to make travel to Mars relatively economical. Using the total costs of the Apollo missions as a benchmark, he estimated the cost, per astronaut, of a trip to the Moon was approximately $10 billion. His stated goal is to make a one-way trip to Mars cost just $200,000 per passenger, or the equivalent of the median cost of a house in the United States.

“You can’t create a self-sustaining civilization if the ticket price is $10 billion per person,” Musk said.

Musk estimates a self-sustaining colony on Mars would require at least half a million people, and believes mass immigration like this would be possible if the cost of a ticket was in the six figures. “Almost anyone, if they saved up and this was their goal, could ultimately save up enough money to buy a ticket and go,” he said.

In order to reduce the cost of travel, Musk said he must first clear four major engineering hurdles for the company’s Interplanetary Transport System — a system of reusable rockets that will ferry humans between Earth and Mars. He identified these as attaining full reusability for the rocket, refilling the rocket while it’s in orbit, producing the fuel for return trips on Mars itself, and identifying the best possible propellant.

The most dramatic savings come from the rocket’s reusability. Musk pointed out that a Boeing 737 costs up to $90 million to make, which means an individual ticket would cost $500,000 if the plane were used just once — instead, they’re used so frequently that tickets can cost as little as $50. Given the relative positions of Earth and Mars — it’s only feasible to fly between them about every 26 months — Mars spaceships will never be as reusable as a commuter jet. But given a 30-year lifespan for the rockets, that’s around 12 to 15 trips. Even that would be enough to make reusability the main source of the cost savings, according to Musk.

A key part of the overall Interplanetary Transport System is its fuel depots, which would allow astronauts to produce fuel on Mars or anywhere else the rocket might take them. As for what kind of fuel these pioneers would make on Mars, Musk posits the ideal choice would be a methane-based fuel, which could theoretically be synthesized from elements in abundant supply on Mars.

In order to save even more, SpaceX aims to fill the rockets up with fuel and supplies while in orbit. Spreading this process across multiple launches would greatly reduce the overall costs, as the required lift capacity — and, with it, the fuel needed — increases exponentially as a payload gets heavier. “It makes sense to load the spaceships in orbit because you’ve got two years to do so,” he said, referring 26-month cycle of Mars and Earth’s closest proximity. SpaceX posted a video detailing how the overall system would work.

SpaceX would also look to send multiple such rockets into orbit. “The Mars Colonial Fleet would depart en masse,” Musk said, name-checking “Battlestar Galactica.” And this really would be a fleet: Musk estimates each rocket would carry 100 to 200 crew members, which means it could take up to 10,000 flights to get the Martian population to that self-sustaining half million. With fleets of as many as 1,000 ships making regular journeys between Earth and Mars, Musk estimated humanity could achieve that mark within 40 to 100 years of the first voyage to Mars.

Of course, for any of that to happen, SpaceX still has to launch that first voyage, and the technology is still years — though perhaps not decades — away. “We’re going to try to make as much progress as we can with the interplanetary transport booster and spaceship,” Musk said. “Hopefully we’ll be able to complete the first development spaceship in about four years and start doing many flights with that.” As for Mars itself, Musk admitted he didn’t have a precise timeline, but he did say he hopes to send someone to Mars each time the planets are closely aligned once it’s possible. “We want to establish a steady cadence where there’s always a spaceship leaving.”

Looking beyond Mars, Musk claims the Interplanetary Transport System — consisting of the spaceship, the rocket booster, the fuel tanker, and the propellant plant — would enable humans to travel anywhere in the solar system. While Mercury and Venus don’t necessarily offer much to explorers, the outer solar system beckons, with potential trips to the asteroid belts, Jupiter’s moons like Io and Europa, Saturn’s moons like Enceladus and Titan, and even cold, distant Pluto. “This system really gives you freedom to go anywhere you want in the greater solar system,” he said. “I wouldn’t recommend this for interstellar journeys,’ he said, perhaps getting ahead of himself, “but as long as you have fueling stations along the way, this system gives you access to the entire greater solar system.”

In the meantime, Musk said the primary purpose of the system was to offer humanity a way to become a multi-planetary species and — while he stressed he didn’t have any immediate doomsday prophecies — guard against the dangers of an extinction-level event wiping out life on Earth. More fundamentally, though, he said the challenge of becoming a spacefaring civilization represented a grand adventure for humanity, something that would take us beyond our everyday problems and open up grander vistas (which may or may not not involve pizza joints on Mars, something Musk mentioned more than once).

It’s still much too early to say whether Musk, SpaceX, and their potential future partners are the ones to take humanity to Mars, but today’s presentation does represent one of the most concrete plans for human space colonization ever put forth. Now it’s time to see what happens next.