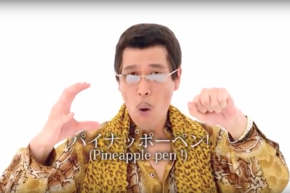 Pineapples, Apples, And Pens Will Soon Be Your New Internet Obsession
By Cassie Murdoch

Pineapples, Apples, And Pens Will Soon Be Your New Internet Obsession

Once you've heard Piko-Taro's YouTube oddity, there's no turning back 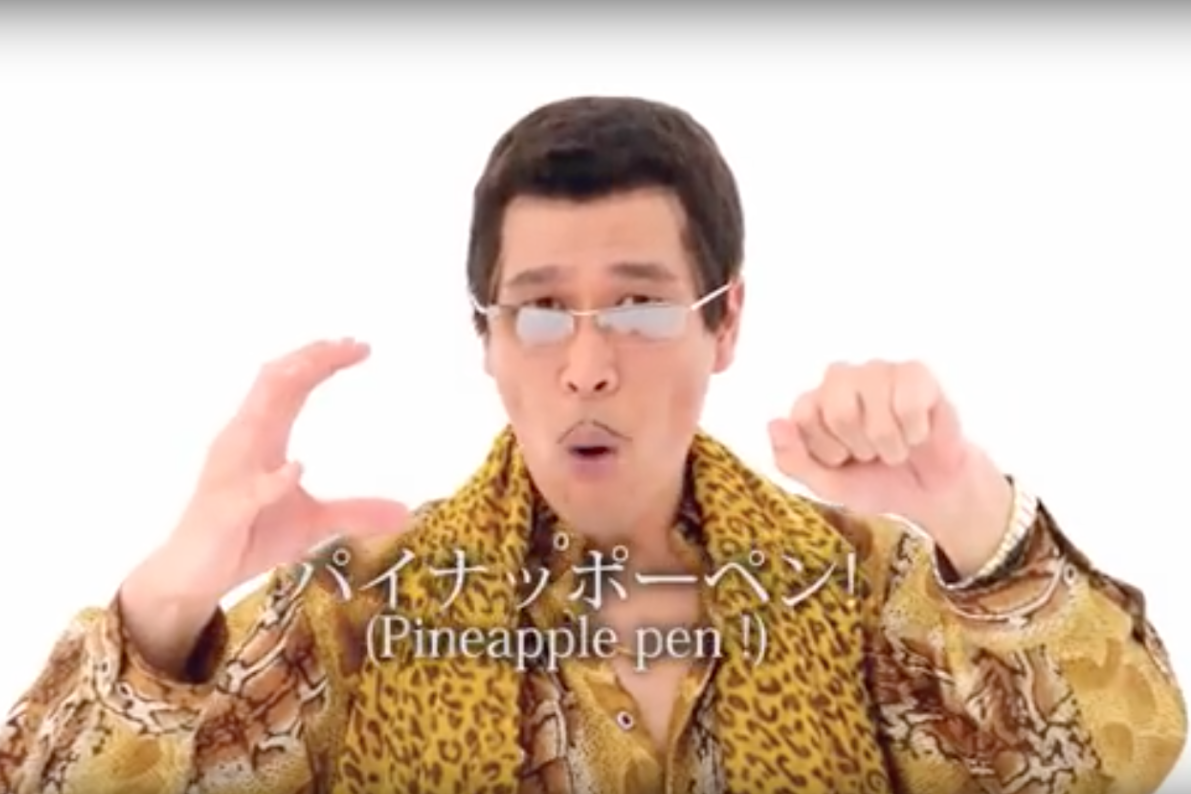 Pop quiz: What can you make with a pineapple, an apple, and a few pens? Not much, except for a delightfully weird little song. That’s exactly what Japanese pop weirdo Piko-Taro has done, and his catchy little number is quickly taking over the internet. If you haven’t yet heard it, you need to change that fast.

Piko-Taro himself is mesmerizing, dressed head to toe in golden animal prints — right down to his snazzy scarf. The lyrics couldn’t be simpler, and couldn’t make less sense, which is why it’s hard to understand how a vaguely sexual-sounding song about household items can be so good. But it is, and it seems to be speaking deeply to people, racking up more than 5.4 million YouTube views since its debut in August.

While the sound effects give the impression that Piko-Taro just materialized from another galaxy, he is actually the creation of Japanese comedian and DJ Kosaka Daimaou. The character previously done stand-up, but this is his first song. And like any genius, he’s got his fair share of imitators.

Lots of Japanese teens have stepped up to take the #PPAPchallenge, which is yielding interesting results.

And if that inspired you, here’s everything you need to know to show people you’re down with PPAP.