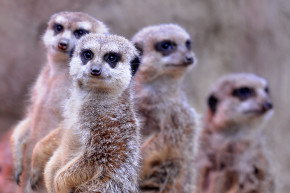 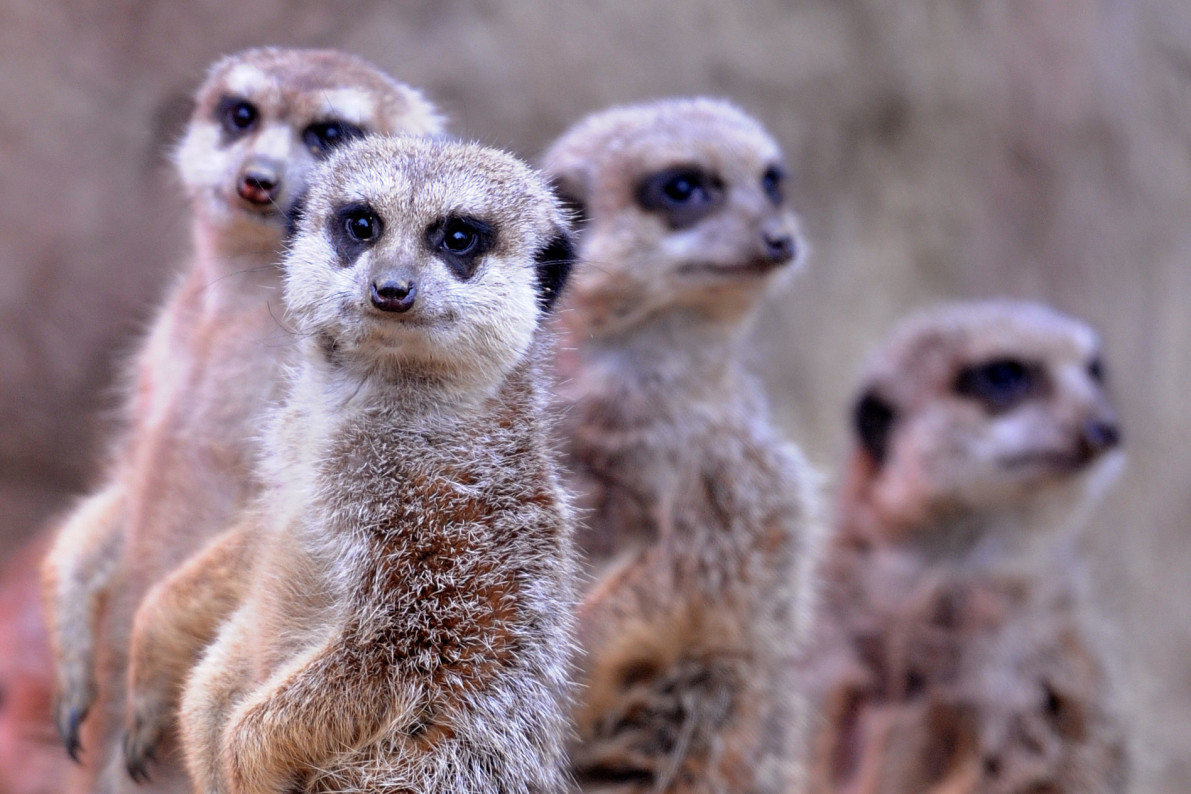 We’ve got bad news for the meerkats of the world: There’s a one in five chance that you will be killed by a fellow meerkat. A recent attempt to trace the evolutionary origins of violence in humans has also provided the world with something truly special, namely estimated “murder” rates for more than a thousand mammal species. Humans, with an intra-species violence rate of just 1.3 percent, have got nothing on meerkats, lemurs, and even squirrels.

The reason we have all this incredible data is because José María Gómez, an ecologist at the University of Granada in Spain, set about charting how violence evolved from the common ancestor of all mammals to humans today. Gómez and his fellow researchers performed what’s known as a phylogenetic comparison, a mainstay of evolutionary science going all the way back to Charles Darwin. Essentially, these comparisons work on the principle that the traits of closely related species can tell us about the nature of those same traits in their common evolutionary ancestor. Repeating this for multiple such sets of species will reveal traits for multiple common ancestors, which themselves have common ancestors, and the process keeps going as far back as the available data allows.

Gómez and his colleagues estimated that the current human violence rate — including not just homicide but also deaths from war, execution, and infanticide — is 1.3 percent, down slightly from the estimated two percent when Homo sapiens first emerged as a species. Not that we’ve been steadily drifting downward for the last 200,000 years — the violence rate hit an estimated 12 percent in Europe, Asia, and Africa between around 700 and 1500. But the researchers estimate we’ve mostly stayed between two and four percent throughout our history, keeping us below the 4.5 percent violence rate for our closest evolutionary relatives, the chimpanzees.

Both of us look bad compared with our other cousins, the notoriously fun-loving and sex-crazed bonobos, who are at a mere 0.7 percent. But bonobos stand out as an exception among primates, who generally have one of the most violent of all evolutionary lineages, with most of our primate ancestors likely being considerably more violent than the 0.3 percent rate estimated for the common ancestor for all mammals. We primates are a bunch of bad apples, evolutionarily speaking.

We know that because, if the researchers wanted to know about the phylogenetic roots of human violence, they had to work out approximate “murder” rates for as many mammals as possible. They compiled data from more than a thousand studies to get estimates of how many deaths for mammals came at the hands of members of their own species, which — while definitely not the intended goal of the study — means we now have a comprehensive ranking of which mammals are the most murderous.

After meerkats, with an intra-species violence rate of just under 20 percent, primates dominate the top of the list, with various monkeys and lemurs holding the next five places. Hooker’s sea lion comes it at number seven, which is actually two spots above the land-dwelling kind of lion. (For those wondering about the third member of the “Lion King” trio, Pumbaa would have good reason to look askance at Timon and Simba, as the common warthog has a violence rate of zero.) The golden marmot and the banded mongoose round out the top ten, all with violence rates above 13 percent. Among the 72 animals with violence rates above five percent — remember, humans are way down at 1.3 percent, so we’re still not even close to making that list — there are certainly some unsurprising names, including the gray wolf, white rhinoceros, brown and polar bears, and a bunch of big cats like cheetahs, jaguars, and cougars. But there are also chinchillas, squirrels, naked mole-rats, prairie dogs, and bats. Basically, give or take the occasional sea lion and wild horse species, there are three main categories of animals at the top of this list: large carnivores, rodents, and primates.

That makes sense when you consider what drives animals toward killing their own kind. “The increases in lethal violence coincide with species having increasing amounts of group living and territoriality,” writes Mark Pagel, a biologist at the U.K.’s University of Reading, in a commentary on the research. “Group living places individuals routinely in close contact, and territoriality means that groups might potentially compete over resources.” The animals atop this list do tend to be social animals, so it isn’t necessarily that all of the less violent species are actually more peaceful creatures. They might just not come into contact with other members of their species often enough to have good reason to kill them.

Society can push animals toward violence, and this research suggests that the tendency toward violence exists at an evolutionary level, with such predispositions passed down biological lineages. The costs of such intra-species competition can be horrific: In the case of meerkats, research from 2006 revealed a major source of violence in their society is a byproduct of their rigid, almost insect-like social hierarchy, which leads meerkat mothers to kill the litters of potential rivals.

Yet, at least in the case of humans, the increased complexity of our societies might well reduce our innate, evolutionary predisposition toward violence. “But societies can also modify our innate tendencies,” writes Pagel. “Rates of homicide in modern societies that have police forces, legal systems, prisons and strong cultural attitudes that reject violence are, at less than 1 in 10,000 deaths (or 0.01%), about 200 times lower than the authors’ predictions for our state of nature.” When dealing with a species that’s seven billion strong, even that low a homicide rate can still feel awfully high. But given a choice between human and meerkat, there really is no comparison.