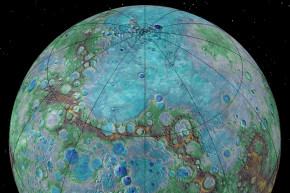 In a new study, researchers reveal Mercury is likely the only other tectonically active planet in our solar system 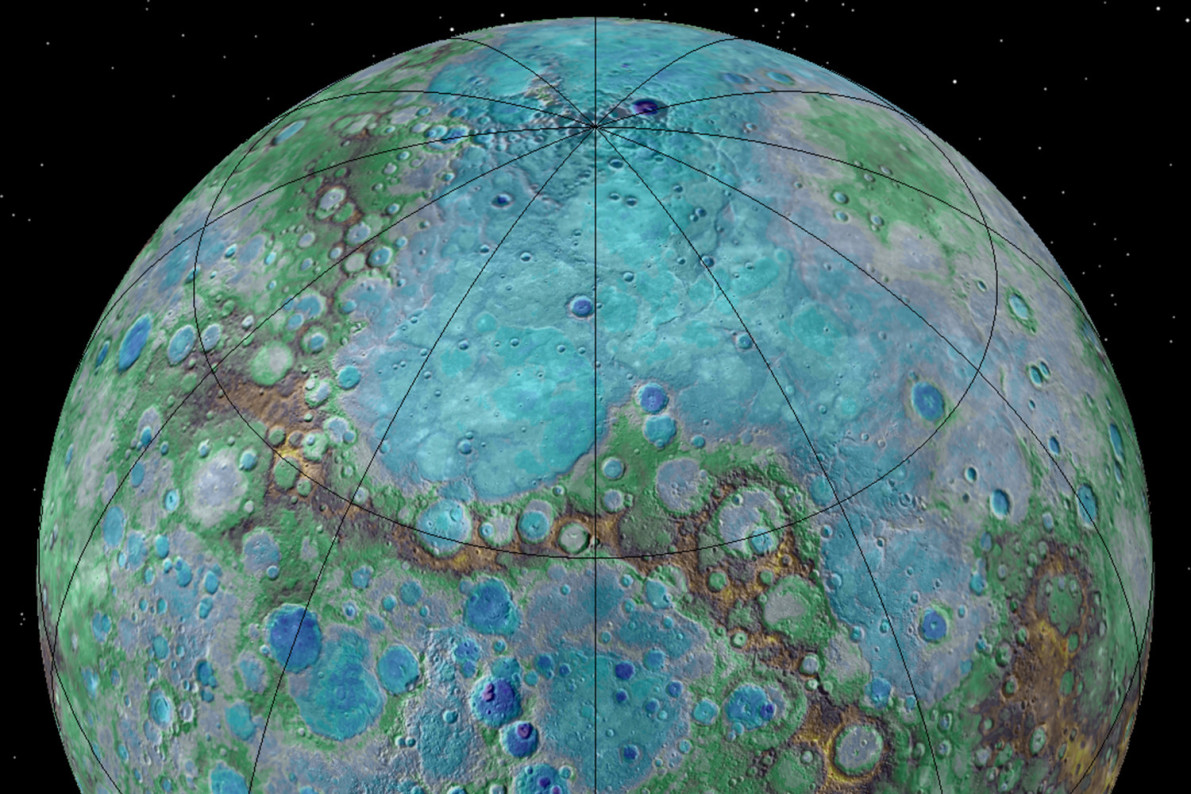 The topography of Mercury, from the MESSENGER probe. — NASA/JHUAPL/Carnegie Institution of Washington/USGS/Arizona State University
By Alasdair Wilkins
Sep 27, 2016 at 5:28 PM ET

Mercury is home to massive, steep cliffs that cut deep into the solar system’s smallest, innermost planet. The largest such cliff, or scarp, measures a thousand kilometers long and three kilometers high. Scarps are like fault lines on Earth, the evidence of earthquakes — or, in this case, Mercuryquakes — reshaping the planet’s terrain. Until recently, scientists assumed this was all in the planet’s ancient history, but new evidence from NASA’s Messenger probe reveals that Mercury is still very much tectonically active. That could make us rethink everything we thought we knew about how planets evolve.

Messenger’s key discovery, according to researcher Tom Watters of the Smithsonian Institution, was that these big scarps also had much tinier cousins. “The reason it tells you something about what’s going on in the planet now is that features that are that small can’t survive on Mercury for long,” Watters told Vocativ. “Because Mercury has no atmosphere to protect it from what is basically constant meteorite bombardment. And that constant bombardment will literally erode these features over a short period of time.”

That means Mercuryquakes must have formed these small scarps in the very recent past — so recently, in fact, that it’s entirely possible that some of the cliffs Messenger, which orbited Mercury from 2011 to 2015, weren’t even there when the Mariner 10 spacecraft did its own, much lower-resolution observations of Mercury in 1974. This all flies in the face of one of the basic assumptions about planetary formation, that smaller planets like Mercury aren’t geologically active. “It’s really forcing us to rethink how Mercury and maybe other Earth-like, terrestrial planets evolved,” said Watters.

This discovery also clarifies one of the more unexpected findings from the Mariner 10, which is that Mercury has a magnetic field — in theory, that would have to mean the planet’s interior is much hotter than would be expected from an inactive, “dead” world. At the time, researchers suggested this wasn’t an active magnetic field, but rather a short-lived remnant field created as Mercury’s core froze. Messenger has since confirmed Mercury’s magnetic field is in fact active, and the discovery of ancient magnetic rocks on the planet’s surface has shown that it’s been around for billions of years.

But what does it mean for a planet to be tectonically active, and why does that cause quakes? When planets form, heat is trapped inside their cores. That trapped heat dissipates over time, which in the case of Mercury means the core is actually shrinking. To deal with the reduction of its interior, the rest of the planet has to contract as well, and those contractions create upheaval in the planet’s surface, leading to quakes and scarps. The entire planet is getting smaller, with Mercury’s radius now probably at least a kilometer less than what it was four billion years ago.

This isn’t what happens on our planet because of one key difference between Earth and Mercury: “The Earth is a multi-plate planet, so whenever we talk about tectonics you’re immediately thinking plate tectonics,” Watters explained. “You think about this mosaic of plates interacting with each other, and all that is being driven by cooling of the interior of the Earth. On Mercury, there’s no evidence that there’s anything but a single plate. So essentially it’s a single, continuous outer strong silicate shell. So you think of it as a one-plate planet.”

The question of why Mercury is geologically active while larger planets like Mars and Venus aren’t is one Watters says we don’t yet have an answer for, but it’s one he’s eager to explore. One difference is that those planets don’t have an active magnetic field, unlike Mercury and the Earth. “In the case of Mars, it looks like that magnetic field shut off very, very early, probably about something approaching four billion years ago,” Watters said. “It’s not impossible that Mars is still tectonically active but it’s kind of unlikely.” There’s similarly no evidence of tectonic activity on Venus, but it might still be geologically active in the form of volcanic eruptions.

Watters explained that it’s not just the small scarps that reveal recent tectonic activity on Mercury, as the larger scarps also show evidence of ongoing seismic activities. Mercury could be a very tectonically active body, and Watters said it would be great to place seismic detectors on the planet to investigate that further, just as seismic detectors left by the Apollo astronauts revealed how common moonquakes are. But that would mean landing such detectors on Mercury, and that’s no easy task.

“Mercury is not a very hospitable place,” he said. “It’s a lot tougher environment than Mars or even the moon, because Mercury has such an incredible temperature difference between the sunlit side and the night side. Temperatures on the surface of Mercury will get from 800 degrees Fahrenheit on the day side and about probably minus 300 degrees Fahrenheit on the night side. So it won’t be an easy exercise to get active seismic stations, even one, on Mercury. But it’s doable. I think the technology is there.”

Watters and his colleagues’ research appears in the latest issue of Nature Geoscience.