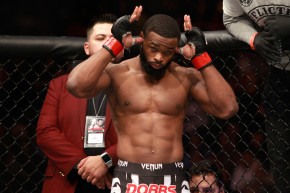 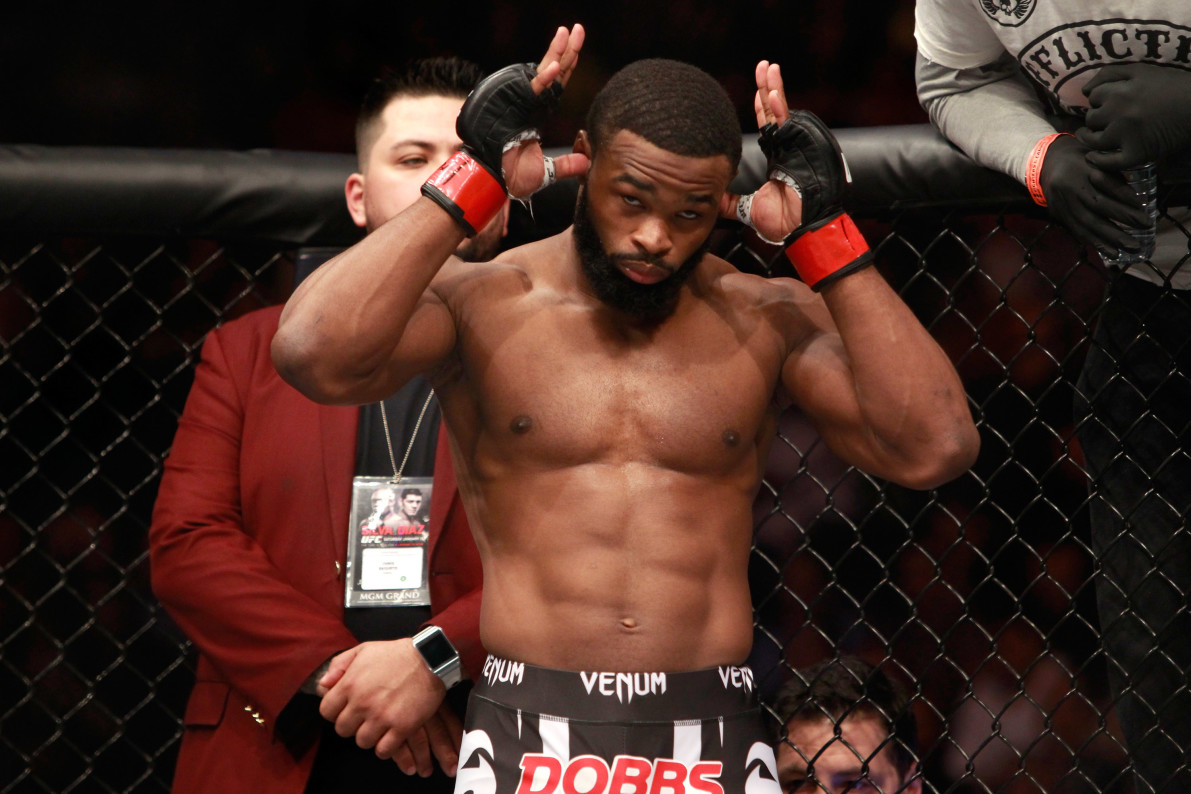 TMZ corralled UFC welterweight champion and UFC 205 co-main eventer Tyron Woodley for a quick post-debate reaction, because of course they did. He said that he’d been intrigued by Snapchat’s custom debate filters and that “Both of [the candidates] make me feel as if they’d need some extra assistance running this country.”

Woodley’s decision to cast a plague on both candidates’ houses wasn’t good enough, so TMZ posited that the UFC and the debate might share certain similarities.

Woodley took the bait. “I got something for you Donald Trump,” he said. “Quit mentioning Ferguson. Because you ain’t never been to Ferguson and that’s where I’m from.

“He gotta keep Ferguson out his mouth so he can keep my fist out of his mouth,” he continued. “I take that personal. Because he hasn’t been there.”

Trump listed Woodley’s hometown of Ferguson, Missouri as one of the places where the country needs to “bring back law and order,” during an extended riff about how he would improve race relations. Naturally, Trump pivoted to crime.

“You take the guns away from criminals that shouldn’t be having it,” he said. “We have gangs roaming the street… and they have guns, and they shoot people, and we have to be strong.”

He further claimed that minority groups are “living in hell because it’s so dangerous,” before adding, “You walk down the street, you get shot.”

Trump has received the endorsement of UFC president Dana White—another scoop first snagged by TMZ, which appears to have cornered the journalistic market when it comes to the intersection between the UFC and the GOP’s standard-bearer—so perhaps a sanctioned bout can be arranged. Unfortunately, Woodley already has an opponent scheduled for UFC 205, the promotion’s New YorK state debut, but training camp injuries are commonplace in the UFC. No word yet from Trump on whether he’d be willing to step in should a replacement fighter be needed.