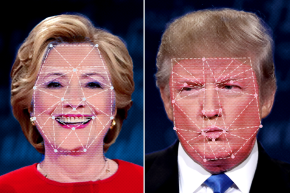 We ran their reactions through emotion detection software. Here's what we got. 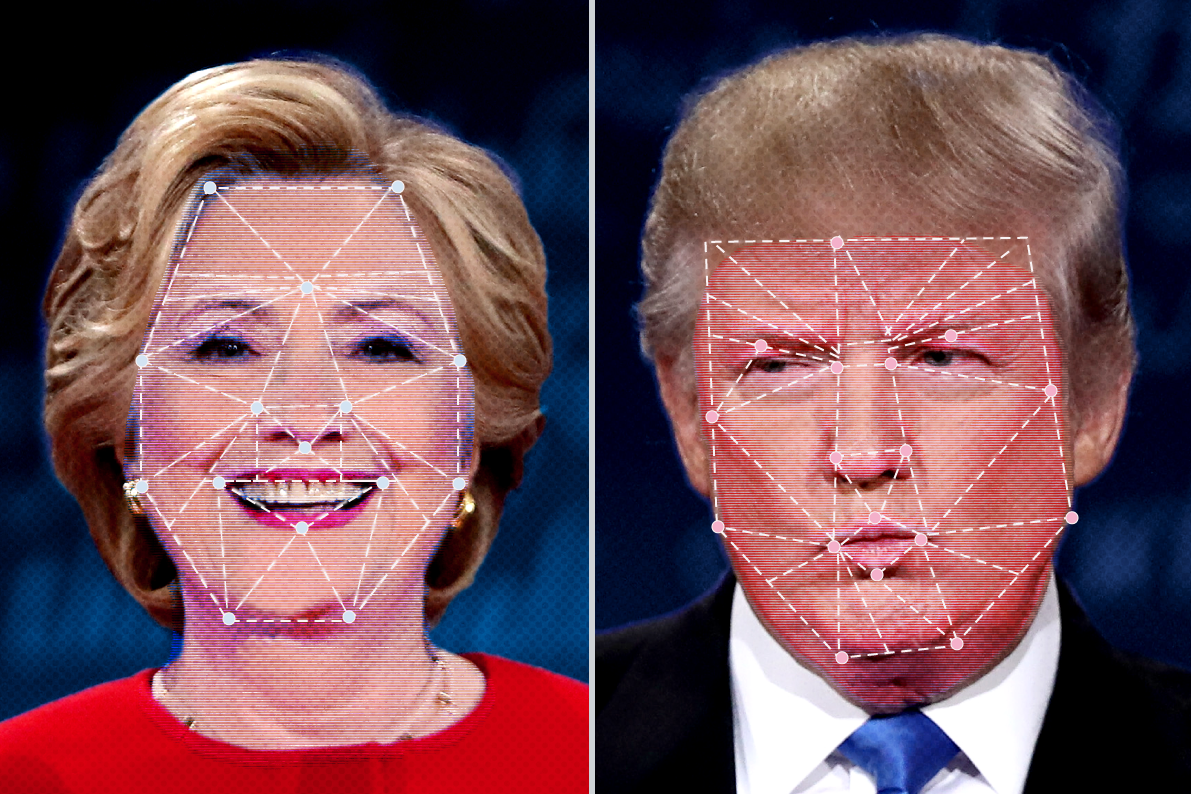 As expected, the first presidential debate of the election season was high-stakes, high-energy drama. The face-off garnered a massive amount of viewers, with all eyes finally focused completely on Hillary Clinton and Donald Trump, a first following months of overcrowded debate stages.

Since televised debates began 56 years ago, how the candidates react has played an undeniably important role in their overall performance and in determining a debate’s overall outcome.

It’s the reason many felt a charismatic and sturdy John F. Kennedy beat Nixon, who was recovering from an illness and appeared sweaty.

Monday’s debate was shown split screen, allowing for scrutiny of both candidates at all times. Politics is often a game of high-stakes poker, meaning that your reactions while listening are as important as your delivery while speaking — no sneer or eye roll goes unparsed.

Vocativ ran the split-screen feed of the debate through facial recognition technology to analyze the expressions on the faces of the candidates during the most intense moments of the first presidential debate.

Sure enough, the analysis revealed that for someone who owns stake in multiple casinos, Trump did a reasonable job of creating a believable poker-face. For the most part, Trump maintained his typical pouting scowl. But every now and then, the Republican candidate let his guard down.

When Clinton said “Donald, I know you live in your own reality,” after he asserted that she had backed NAFTA, an audible murmur of laughter rolled through the crowd at the University of Hofstra. For a brief moment, Trump’s facial expression registered sadness as the dominant emotion. Sad!

Clinton went on to call out Trump’s comments about women, saying that he called them “pigs, slobs and dogs”. Trump’s facial expression gave a hint of anger but also distress as he countered by saying “I never said that,” despite having admitted to the same in a previous Republican debate.

Clinton, meanwhile, was roundly described by pundits as having given a controlled, rehearsed performance, and the analysis backs that up — for the most part she didn’t betray any dominant emotion, also keeping a solid poker face in place.

But, that changed in the night’s most meme-worth moment, when Trump attacked her temperament in a rambling, energetic sequence, saying that she was no match for his “winning temperament.” Clinton paused, let out an exhilarated “Woo!” before smiling and doing a shoulder-shimmy, her face lit up with happiness.

It wasn’t all smiles for the democratic candidate (in cased you missed the memo on that). As Donald Trump attempted to pin the birther controversy on her team, Clinton’s facade broke. The program picked up on anger, exasperation and distress on Clinton’s face, giving way to anger as Trump continued. She then launched into a lengthy response, pointing out Trump’s relentless pursuit of the birther controversy for several years.