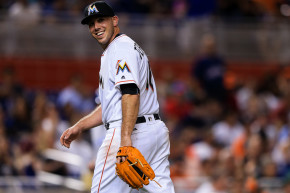 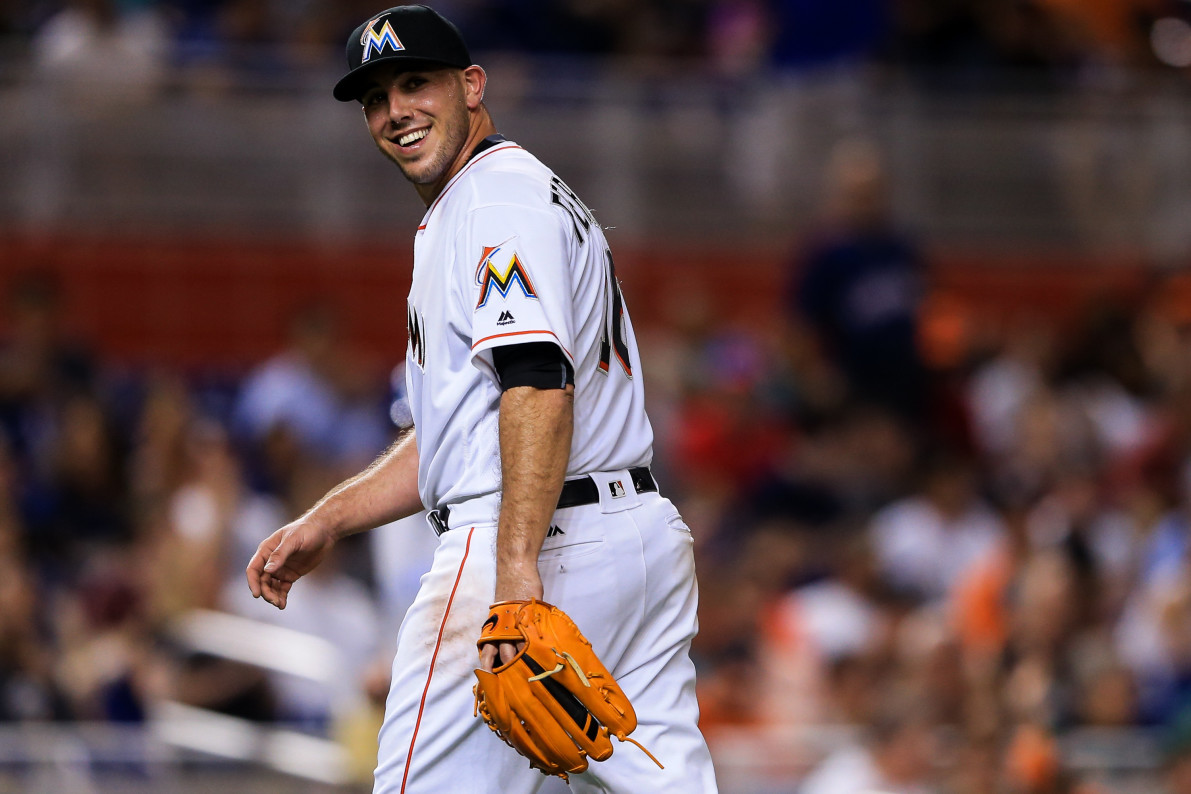 The Miami Marlins played their first game since star pitcher José Fernández and two friends died in a boating accident on Sunday; it was heartbreaking. After taking the field wearing Fernández’s uniform, the Marlins and the New York Mets stood for a single trumpet-rendition of “Take Me Out To the Ballgame” and the National Anthem, both teams hugged one another, unable to hold back the tears, as all the Marlins traced his number 16 on the pitching mound.

@Marlins players gather at pitching mound, scratch messages in the dirt for #JDF16. There IS crying in baseball. pic.twitter.com/3DoQLcxsS7

Dee Gordon strode to the plate wearing Fernández’s batting helmet and took the first pitch while mimicking his right-handed batting stance. Then, in a moment that seemed either scripted or touched by the divine, he blasted his first homer of the season into the second deck, rounding the bases, pointing towards the sky, and crying.

The Mets would go on to lose, 7-3. They’re mired in a tough battle for one of the two National League wild card spots, but in that moment, none of it mattered.

“I don’t care who you are, who you root for, or how badly you want the Mets to be in the postseason,” Gary Cohen, the Mets’ play-by-announcer, said. “That was phenomenal.”