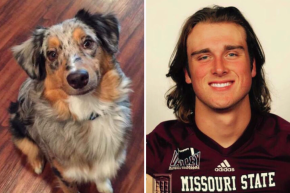 Breck Ruddick, the accused quarterback in question, isn't doing himself any favors either 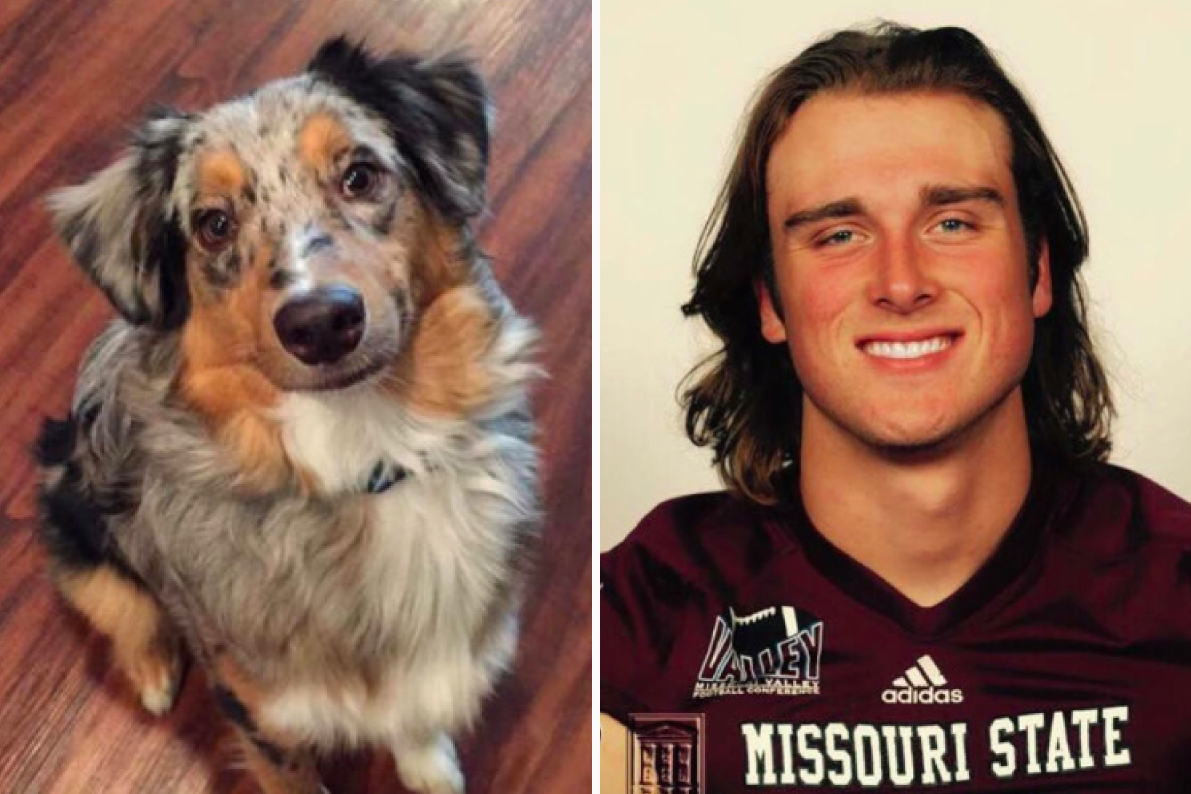 Missouri State University suspended sophomore quarterback Breck Ruddick on Friday after allegations surfaced that, while he was entrusted with the care of his neighbor’s dog, Ruddick hit the dog three times, shattering its jaw and fracturing multiple teeth. He then let Luca, a 42-pound Australian Shepherd, run away, only to be discovered a day later lying in its own blood in a nearby parking lot.

According to Shelby Filbeck, a friend of Katie Riggs, Luca’s owner, Ruddick lied, only telling Riggs that Luca had “run off,” leaving out any mention of his (alleged) violent beating of the dog.

After he was returned to Riggs, Luca went under the knife for four hours, had six teeth pulled, won’t ever be able to eat solid foods again, and probably is going to have a hard time trusting people again, because Ruddick (allegedly) is the kind of soulless creep that would inflict harm upon a good dog.

Ruddick didn’t suit up for MSU’s game Saturday versus Kansas State University and was placed on indefinite suspension while awaiting the results of an investigation by the school’s office of student conduct. A change.org petition demanding that he be permanently booted from the team has already garnered over 30,000 signatures.

KY3, an NBC affiliate station in Springfield, contacted Riggs, who backed up the allegations, though she refrained from providing further detail.

“I’m sorry I am not willing to share this information until I get my entire case together with animal control,” she wrote. “I don’t want to do anything that could possibly jeopardize the perpetrator’s cooperation. Springfield Police refused to handle this animal abuse situation and referred me directly to animal control.”

In a now-deleted Facebook post, either Ruddick—or someone with a very weird sense of humor—penned their own version of Friday’s events.

“I punched it,” the post begins. “The story that’s getting told is way out of proportion. I didn’t break the dogs the [sic] jaw nor did I let him run away. I was dog sitting him and he was on my bed, I wanted him off the bed so I gave him like a tap to try and get him off but he didn’t move so I gave him a little push and he bit my hand not extremely hard but enough to shock me. I’ve apologized to her and paid all the bills because I felt so bad. I don’t hurt animals that’s not who I am. If you don’t believe about what happened to the dog I have proof of the bill that I didn’t break it’s jaw.” [sic]

Funny thing, according to Filbeck, the veterinarian that treated Luca also told Riggs that “Luca had to have been hit more than once, with literally all of Breck’s force or with some other object,” Filbeck said, “because the trauma was so extensive it could not have been from one single punch.”