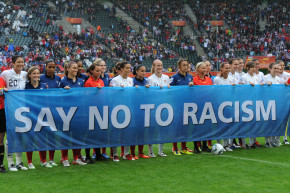 Racism Is Over, Says FIFA
By Joe Lemire

Racism Is Over, Says FIFA

FIFA has terminated its anti-racism task force because, as we all know, racism no longer exists 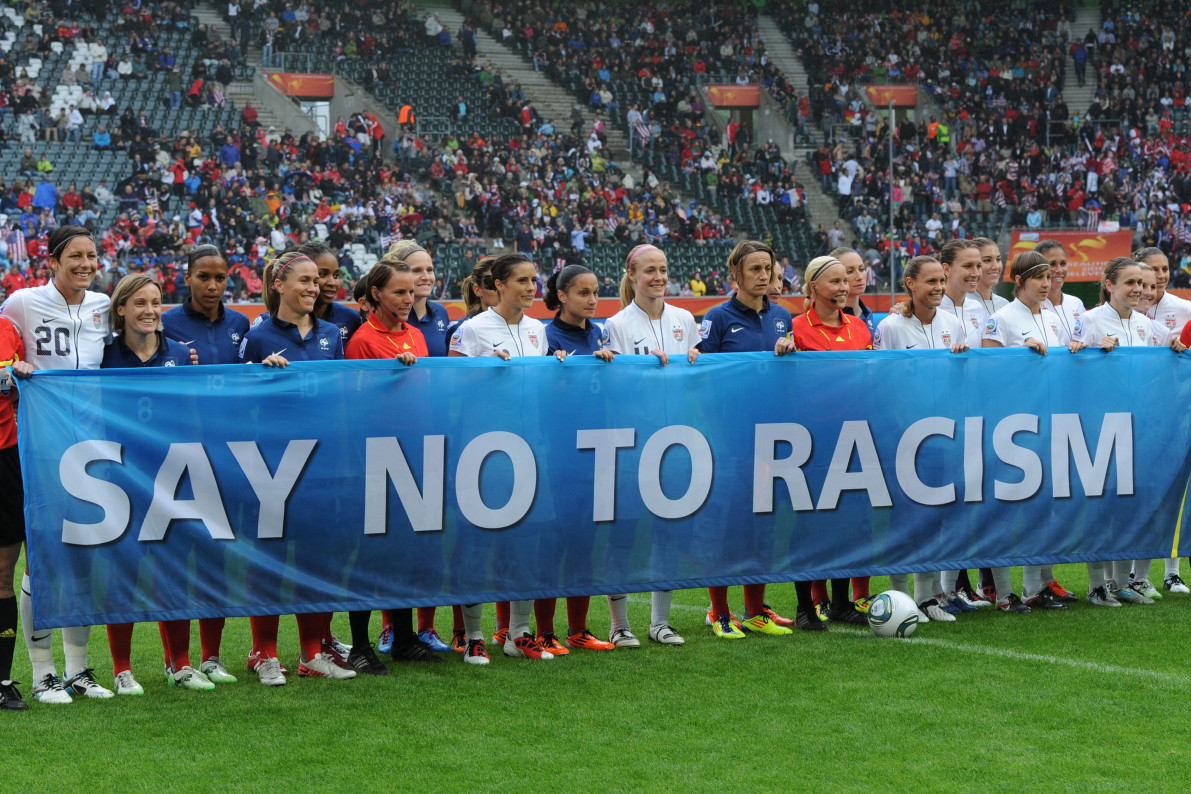 That’s the word from FIFA, soccer’s governing body, and who are we to doubt them? FIFA has long been a bastion of integrity—a moral compass in a previously bigoted world.

Racism was once a problem in global soccer. FIFA responded in the most logical fashion and formed an anti-racism task force. Those were the dark days of 2013 and, after three short years, FIFA has terminated that task force. In a letter sent to members, FIFA wrote that the group had “completely fulfilled its temporary mission” and “is hereby dissolved and no longer in operation,” according to an Associated Press report.

The task force had upright leadership from the start. Consider its provenance, from inception by former FIFA executives, president Sepp Blatter and vice president Jeffrey Webb. Never mind the use of the word “former.” Blatter may be in the midst of a six-year ban from the sport and reportedly under criminal investigation in Switzerland, but he has denied the allegations. Webb is such an honest and accountable man that he pled guilty to his racketeering charges.

Webb had been the anti-racism chairman, so Constant Omari of the Congo took the lead in his place. Osasu Obayiuwana, who served on the task force, told the AP that the committee “never had a single meeting under [Omari’s] chairmanship,” a period of a year. So, really, racism was solved a year ago, but we didn’t know it yet. Vocativ regrets the reporting delay.

The task force developed an anti-discrimination monitoring system, created a Good Practice Guide, established a diversity award, mandated stricter sanctions, and touted a “Say No to Racism” campaign. Players would often carry “Say No to Racism” banners onto the field before games, clearly an effective and powerful tool because people said no to racism. It is now over.

Some feared that racism might actually be increasing and were worried because the 2018 World Cup site, Russia, has a particularly thorny history on the subject of race relations. All for naught, however.

With racism now a distant memory, soccer coverage will be populated with stories of peaceful accord. Let’s read the news together, shall we?

Well, the Washington Post wrote in December 2015 that “Russian soccer’s racism problem is getting worse as World Cup approaches.” Surely an anomaly. What else is there? The fans of Zenit St. Petersburg penned an open letter—that’ll be cheery—and, hmm, it seems they asked their club not to sign any black or gay players. Oh. Nevermind.

I bet Hulk, the Brazilian player on Zenit St. Petersburg, is having a good time playing there. See, he told the Guardian that he experiences racism “almost every game,” which is not every game. Progress. Research from the Moscow-based SOVA Center and the Football Against Racism (FARE) network recorded 92 incidents of discrimination in the 2014-15 Russian soccer season; that was more than the 83 incidents from the previous two seasons combined. Nothing to see here.

Maybe another country would be a good place to start—let’s throw a dart at a map and, look, it hit Italy. What have we there . . . The International Business Times wrote a story in 2015 with the headline, “The Ugly Side Of Italian Football: Blatant, Widespread Racism,” in which it cited a researcher who recorded 750 racist incidents between 2000 and 2014. From that total were 118 in 2013-2014. Let’s break down the math and hope it shows progress. Well, that means there were 632 incidents in the first 13 seasons of that sample, an average of 49 per year. That 49 number will undoubtedly be less than the 118 that occurred last year. Let’s check the trend line and compare the two . . . and, um, maybe we shouldn’t.

This is quite rare, but perhaps FIFA has made a mistake. As transparent and flexible as the group is, I’m sure they’ll fix this in short order. Ali Al Hussein, the president of Jordan’s soccer federation who received U.S. Soccer’s support for FIFA’s top position, has asked for change, and that change will be imminent, we can all rest assured.