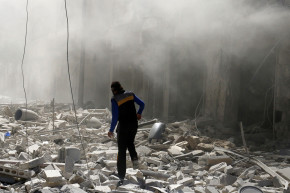 Syrians Call Obama And Putin ‘Partners For The Holocaust’ In Aleppo 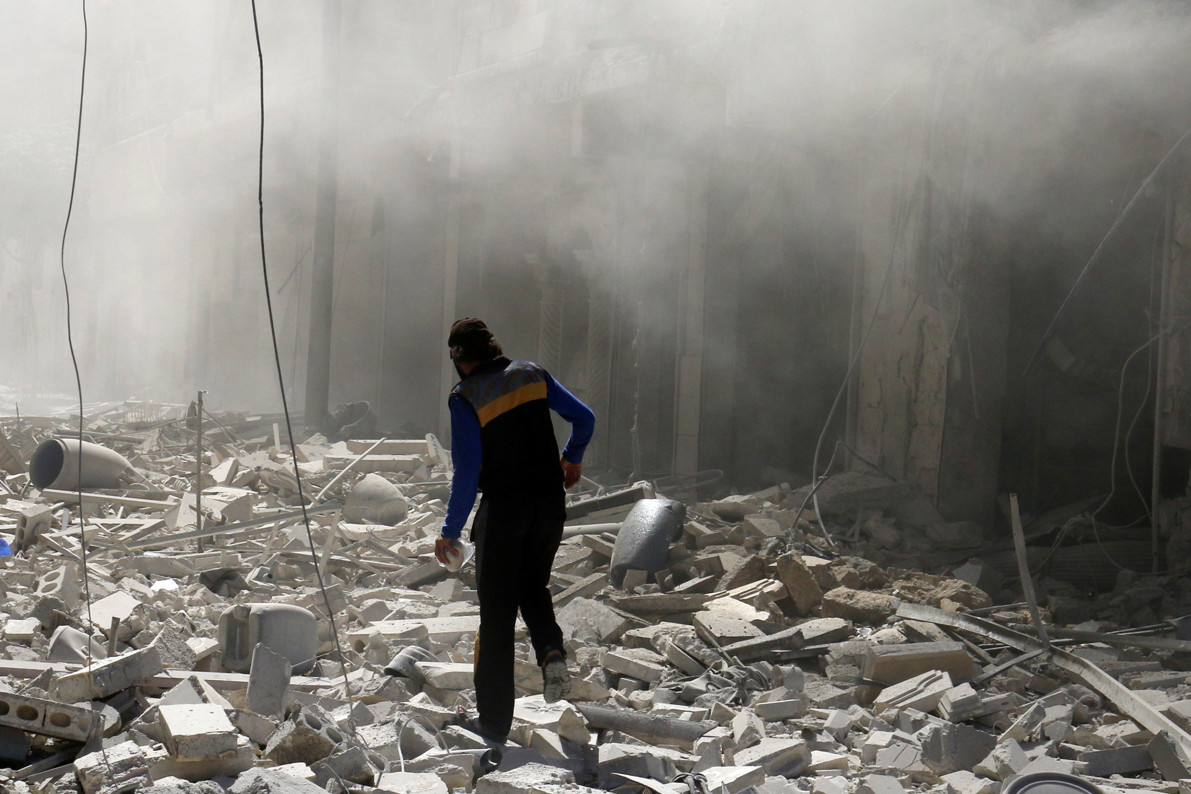 The Syrian opposition launched an online campaign late Saturday calling President Barack Obama, Russian President Vladimir Putin, and other world leaders “partners” for a holocaust in Aleppo, after Russian and Syrian airstrikes killed at least dozens of people over the weekend.

In a fight that could be the biggest since the Syrian war started in 2011, the Syrian army and its allies—Russia as well as Iranian, Lebanese and other Shiite militias—launched a major offensive on Thursday to retake control of Aleppo. They intensified airstrikes on rebel-held areas in the city, where more than a quarter million civilians are trapped, Reuters reported. Rebels described the push as a “shock and awe” campaign, according to Reuters, and at least 45 people, including 10 children, were killed on Saturday alone, the Syrian Observatory for Human Rights reported. The head of a rescue service in Aleppo’s east told Reuters that 200 people were killed over the weekend.

After the fighting escalated, social media accounts belonging to the Syrian opposition launched a campaign called “Partners for the Holocaust” (#شركاء_الهلوكوست), accusing world leaders of being silent and supporting the killing of Syrians. The accounts circulated the hashtag #HolocaustAleppo, which was posted almost 80,000 times since Friday, Vocativ found. They also shared posters showing the faces of President Obama, U.S. Secretary of State John Kerry, Russian President Putin, German Chancellor Angela Merkel, French President Francois Holland, and others with Aleppo’s ruins in the background.

One user affiliated with the Free Syrian Army tweeted that “Aleppo is living these days clear annihilation of its people while there is a vicious world silence. History will write how the people of Aleppo and their rebels confronted armies, arsenals, and massacres for years that all the world saw. It will write about those who fought and stood firm, and those who sat idle and were silent.”

Other posts specifically targeted Obama and Putin. The main Facebook page of the Syrian opposition posted images of the two leaders early on Sunday, saying “when Russia and America do not agree on something in their negotiations they make the lives of thousands from the city of Aleppo a bargaining chip for one another.”

Another Syrian user tweeted that “America will intervene in something related to the Muslims only if it will cause a tragedy for them.”

The campaign, which appears to be an effort by the Syrian opposition to draw attention to the fighting, comes two weeks after Moscow and Washington announced a halt to the fighting in Syria, which has killed more than 400,000 people since 2011 including more than 86,000 civilians, according to the Syrian Observatory for Human Rights. The agreement aimed to enable the delivery of humanitarian aid and pave the way for a resumption of peace talks between the government and the opposition, but collapsed following violations by both sides.

“Aleppo is suffering a complete annihilation, and the world is completely silent,” one Twitter user wrote in Arabic. “All are partners in the annihilation of Aleppo, with their actions, their words and their silence.” Abdallah al-Nafissi, a Kuwaiti politician with more than a million followers on Twitter wrote that “the Western (and especially American) silence for the hell in Aleppo and the random Russian bombing is clear proof of the international conspiracy against the Syrian people.”