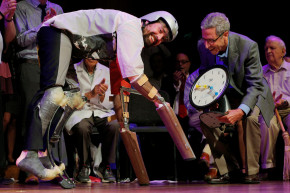 The Guy Who Lived As A Goat Just Won An Award 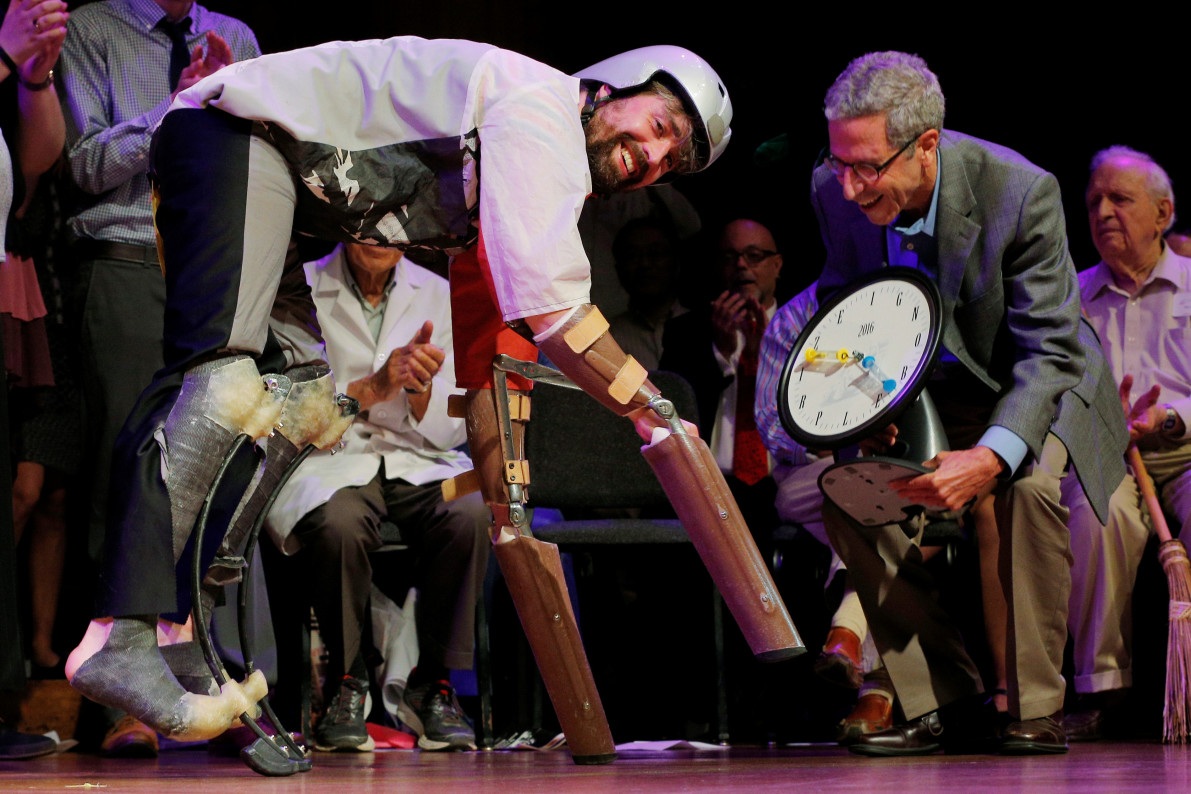 Thomas Thwaites, the British designer who lived as a goat for three days in the Swiss Alps because being a human is hard, has been rewarded for his efforts: On Thursday, he won an Ig Nobel Prize, also known as the science community’s back-handed compliment.

Thwaites and nine other people or research teams were feted at the 26th First Annual Ig Nobel Prize Ceremony, held at Harvard. Categories from economics to sexual reproduction were highlighted, actual Nobel laureates were on hand to present the awards, and, in many cases, the winners flew in to accept their prizes in person.

Thwaites was recognized in the biology category as a joint recipient with Charles Foster, who has lived as several different animals including a fox and a badger. Thwaites was unable to pick up his trophy, which was presented by Nobel laureate for economics Eric Maskin, as he took the stage in his goat costume, which includes prosthetic arms. During his brief time as GoatMan, Thwaites tried to eat like a goat by creating an artificial rumen, a part of a goat’s digestive system that helps break down certain foods that the stomach cannot. He also had the speech center of his brain temporarily “turned off,” because goats can’t talk. (Whatever you think of his project, you cannot say he did not commit.)

Also honored was research about the how wearing pants affects the sex life of rats, the author of a three-volume series about “the pleasures of collecting flies that are dead, and flies that are not yet dead,” and Volkswagen, for fixing excessive car emissions by cheating on the tests. Or, as the Ig Nobel committee put it, “automatically, electromechanically producing fewer emissions whenever the cars are being tested.”

Most of the awardees were good sports and showed up for the ceremony, though the guy who did the rats-in-pants research was unable to attend because he died in 2007. No one from VW, which is facing billions in fines and lawsuit judgements for cheating emissions tests, showed up either. Weird!

For his just reward, Thwaites and the rest of the Ig Nobel awardees won $10 trillion each. Unfortunately, those are Zimbabwe dollars and therefore basically worthless. Which is probably okay by Thwaites, as goats have no use for money.