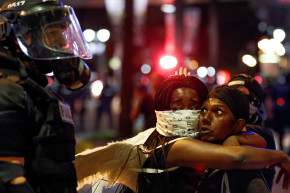 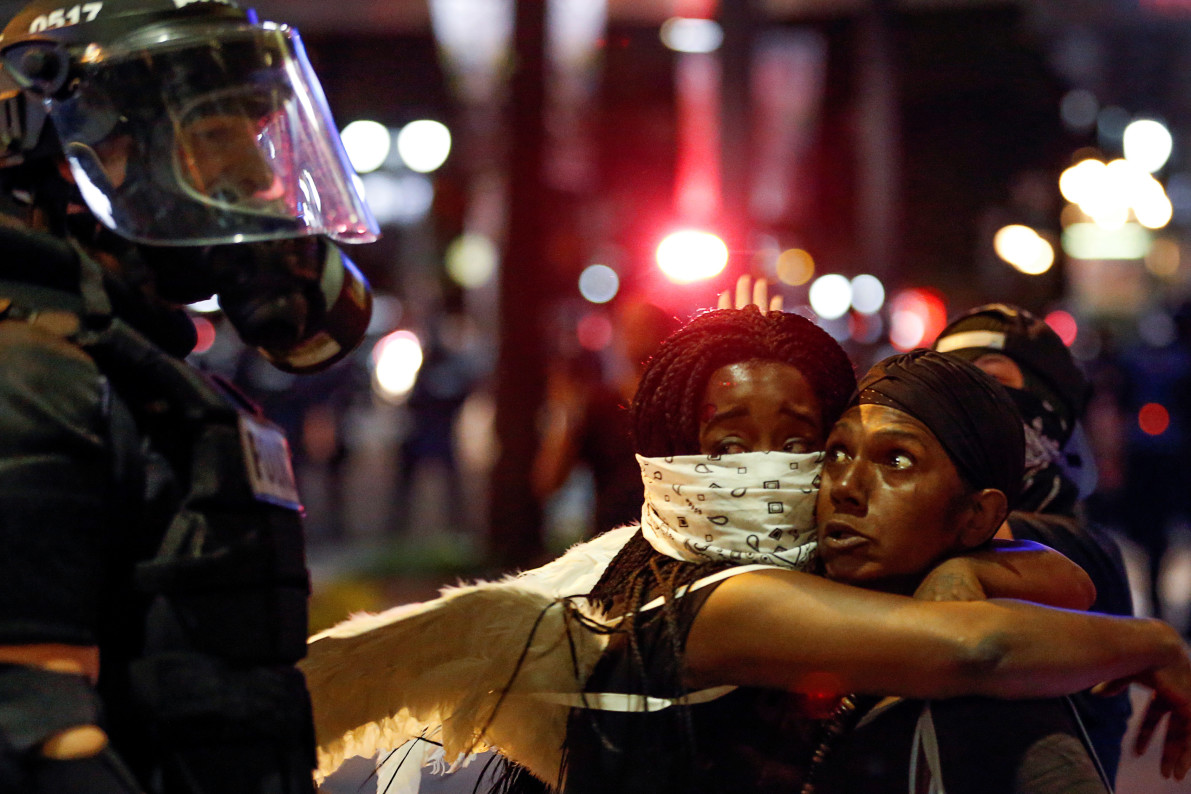 Protests over the police killing of a Charlotte man erupted across the city for a third night Thursday. A man who was shot last night has now been reported to have died.

According to the Associated Press, Charlotte police identified the victim as 26-year-old Justin Carr. Police spokesman Keith Trietley said in a news release that Carr, who was shot in the head during Wednesday’s demonstrations, succumbed to his injuries Thursday at the hospital. While no arrest have been made, AP quoted police chief Kerr Putney as saying that detectives are investigating the case.

On Wednesday night, a Facebook user posted a photograph claiming to show the aftermath of the shooting. Although the City of Charlotte tweeted that the shooting was “civilian on civilian,” and did not involve Charlotte-Mecklenburg Police Department, the claim was disputed by multiple alleged witnesses, including Facebook user Todd Zimmer, who posted a graphic image of a pool of blood, with the message: “I was there when CMPD shot a protestor in the head tonight. I am convinced that police shot this person with a rubber bullet or a tear gas canister.”

More of the chaos surrounding the protests was captured and shared on social media — including a video showing a group of men beating another man in what looks like a parking garage. The clip, posted by local photographer Lenard Bennett, has gone viral, racking up over a million views by Thursday.

The graphic video, which appears to show a group of black men kicking and dragging a white man inside a mall parking lot, has further inflamed racial tensions in a city already on edge. The man who posted the clip on Facebook couldn’t be reached for comment, but he wrote, “This is beyond wrong … praying for my city” on the clip’s post. Geolocation shows the video was shot near the center of the protest, but the people in the video and their motivations haven’t been identified.The post has since been removed.

Keith Lamont Scott, a 43-year-old black man, died in hospital after a police officer shot him in the University City area of Charlotte, North Carolina on Tuesday afternoon. Police said Scott had a firearm and posed an “imminent deadly threat,” but members of Scott’s family claimed he had been holding a book.

Following protests in the University City area of Charlotte Tuesday night, the unrest spread to the uptown area of Charlotte Wednesday and Thursday. Protesters damaged several buildings and stores in the area surrounding the Epicentre shopping mall. Police reported that four officers were wounded, none seriously.

Hundreds of social media users shared video footage that was later debunked as not being filmed during the unrest in Charlotte. The video showed a man kicking an elderly man to the ground, but was actually filmed in London, according to one British newspaper.

North Carolina governor Pat McCrory tweeted late Wednesday night that he had declared a state of emergency, and said the National Guard, and state highway patrol, were being called in to help local police control protesters.