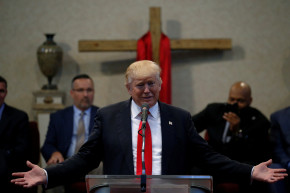 The forum, on "African American Concerns," seemed to be primarily made up of white people despite its subject matter 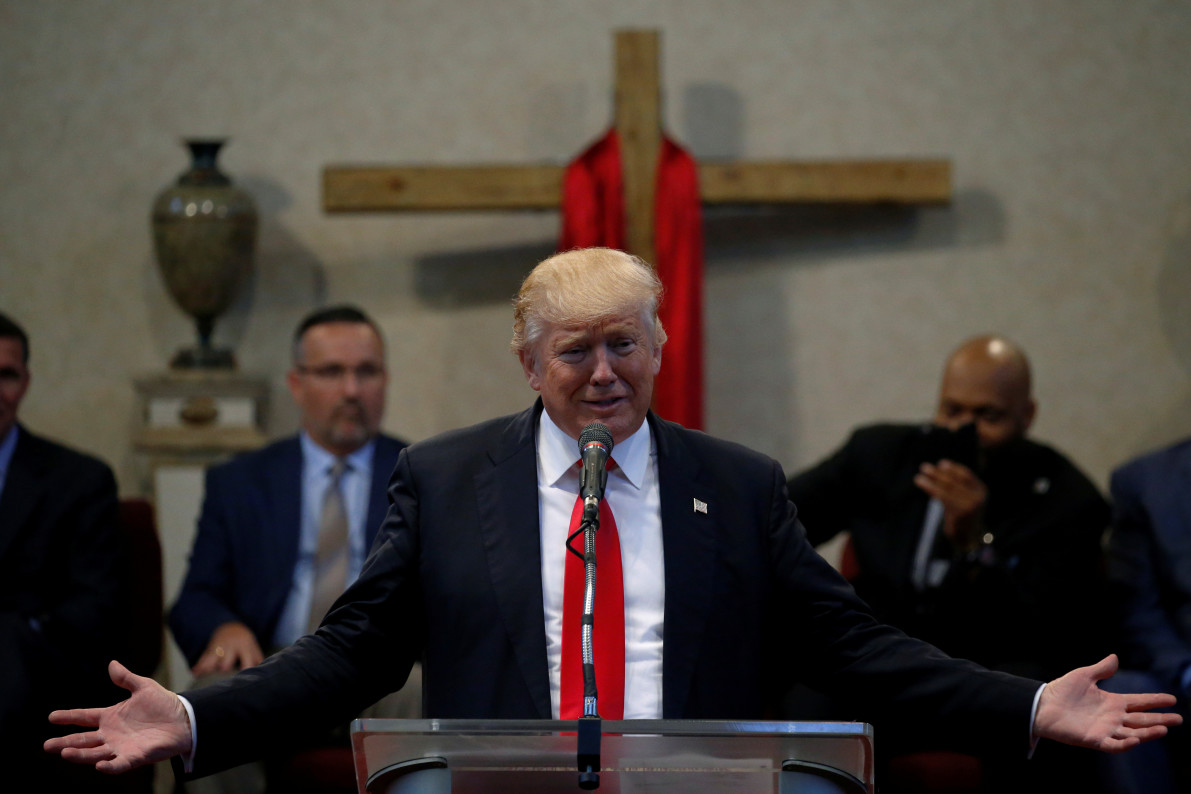 Republican presidential nominee Donald Trump has spent the last few days pushing for support in African-American communities across the country. But Wednesday’s stop at a church in Cleveland seemed to be an unusually white affair for an event aimed at boosting black Republican votes.

Following Tuesday’s speech in Kenansville, North Carolina, in which Trump declared “our African-American communities are absolutely in the worst shape that they’ve ever been in before, ever, ever, ever,” Trump made his way to Ohio. As part of a town hall hosted by Fox News’ resident race-baiter Sean Hannity at the New Spirit Revival Center, a Cleveland Heights church whose pastor is an ardent Trump supporter, Trump and running mate Mike Pence held a forum on “African American Concerns.”

Taking the stage after boxing promoter Don King, Trump proceeded to point out all of his black friends in attendance (including King, New Spirit Revival Center’s Pastor Darrell Scott, and one-time Republican rival Ben Carson), comment on his (supposedly) rising poll numbers with African-American voters, and once again touch on the plight of America’s inner cities by mentioning the violence in places like Chicago and recent shootings in Tulsa and Charlotte.

This might seem like a pretty convincing argument for some African-Americans that are on the fence ahead of the November election. However, images and videos that poured out of the event appeared to show that Trump was addressing a largely white crowd at this historically black church.

As former Democratic Congressional Campaign Committee Digital Director Brandon English pointed out on Twitter, Cleveland Heights is 42 percent black, so it couldn’t have been that difficult to find black audience members for a town hall on “African American Concerns.”