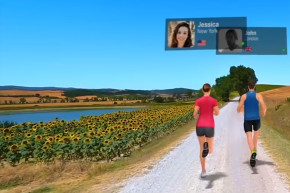 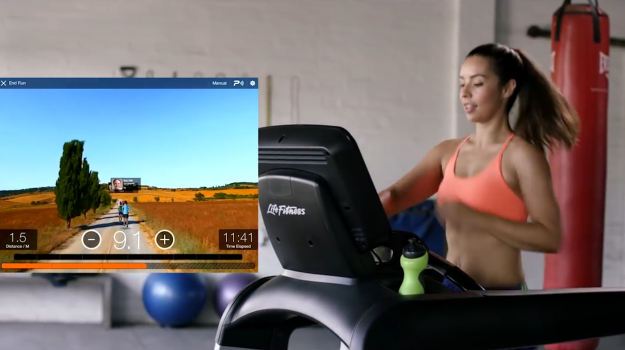 If you describe something as being a “treadmill”, it’s probably a hard, lonely and seemingly endless trudge that could, in theory at least, go on until you expend all your energy and drop dead. Not anymore!  Actual treadmills are about to become a little more social and much more futuristic. Virtual reality technology allows users to run with with 3D-rendered friends through scenic locations around the world.

Imagine how life-changing this could be for people like….. Julian Assange? The Wikileaks founder been trapped inside the Ecuadorian Embassy in London since June 2012 — and by trapped we mean he walked in and refused to leave so as to avoid extradition and trial for rape allegations he faced in Sweden. With this new digitally-enhanced treadmill, he and Edward Snowden — who is avoiding extradition and trial for treason by hiding out in Russia — could jog together, virtually, running free on any one of a dozen outdoor tracks. They could run in Death Valley in the morning, then head to the Swiss Alps in the afternoon, all thanks to Nautilus’ integration with virtual reality tech RunSocial. Assange & Snowden could then run alongside friends and strangers who pick the same route, tracking other runners’ speed and distance. Except not “tracking” in the NSA sense, probably. I guess we don’t really know.