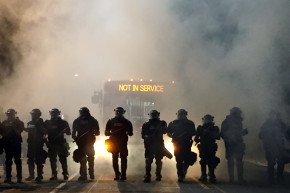 Charlotte Woman: Police Shot My Father ‘For Being Black’
By Brian Patrick Byrne

Charlotte Woman: Police Shot My Father ‘For Being Black’ 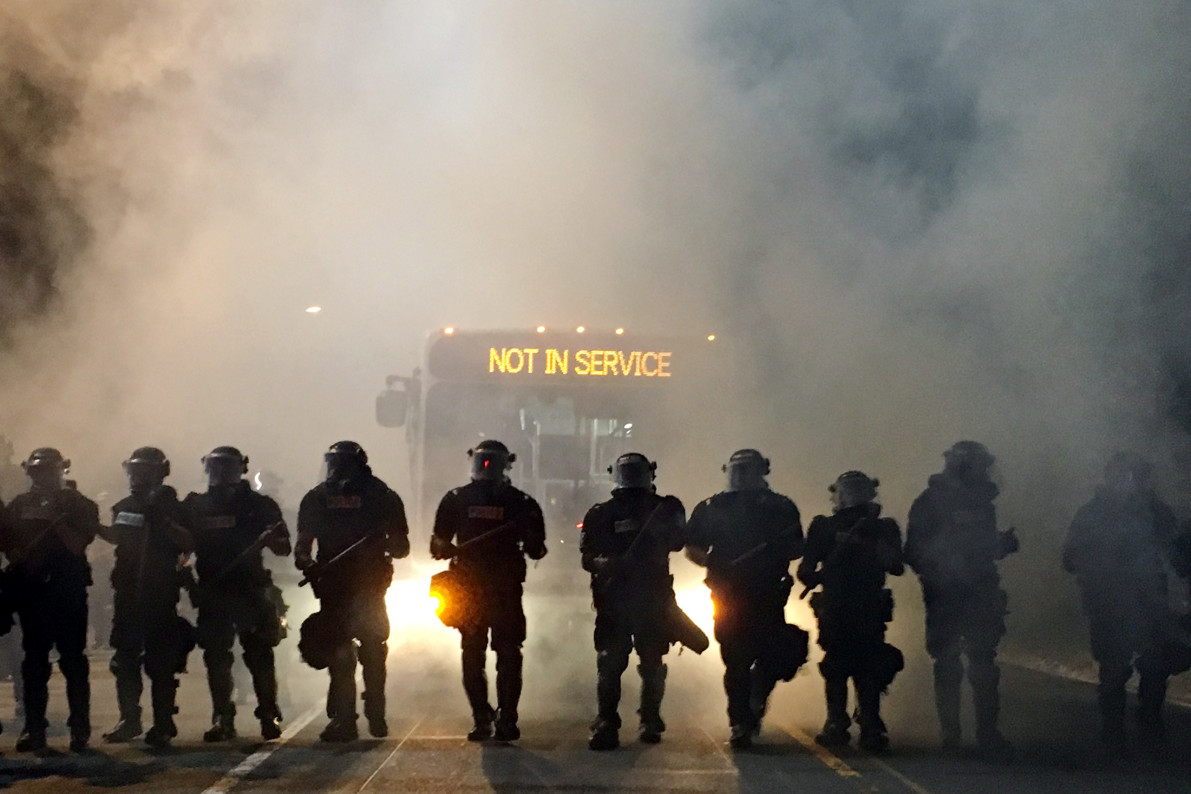 Officers in riot gear block a road during protests in Charlotte — REUTERS
By Brian Patrick Byrne and Jacob Steinblatt
Sep 21, 2016 at 11:50 AM ET

A woman live streaming on Facebook says that the man killed by police in North Carolina on Tuesday was her father, and that she believes officers shot him “for being black.”

Facebook user Lyric YourAdorable Scott posted an hour-long video that had been watched almost 700,000 times by Wednesday morning. The post was filmed after the death of Charlotte man Keith Lamont Scott. In it, Lyric says Scott was unarmed, reading a book as he waited to pick up his son from a school bus, when he was confronted by police. The woman alleged Scott was shot with a taser, then shot with firearms four times. She also says he was disabled.

Lyric’s video went quickly viral — with commenters calling the shooting unjust and posting in support of the Black Lives Matter movement — and helped spark the protests that took over Charlotte Tuesday night. Crowds soon assembled nearby, chanting “no justice, no peace.”

According to the Charlotte-Mecklenburg Police Department, officers shot Keith Scott, 43, in the University City area of Charlotte, shortly before 4:00 p.m. Tuesday while responding to an outstanding warrant. Police claim they spotted Scott getting out of a vehicle carrying a firearm, and claimed he “posed an imminent deadly threat” before officers shot at him. CMPD Chief Kerr Putney said Scott was not the person with the outstanding warrant who police were looking for. Scott was taken to the hospital where he was pronounced dead.

Later Tuesday evening, some of the protests turned violent. The Charlotte Observer reports as many as 16 officers were injured, none seriously, when demonstrators began throwing rocks and water bottles. Officers responded with clouds of tear gas. Several people were arrested and portions of the highway, Interstate 85, were closed.

Approximately 12 officers injured. One officer hit in face with a rock

Lyric Scott later claimed that the officer who shot her father was white, and not black, as reported by local news outlets. Both CBS affiliate WBTV and Fox 46 said CMPD police confirmed the officer who shot Scott was Brentley Vinson, a black man. “My daddy was shot by a white man not a black man,” the woman wrote, and received dozens of supportive comments. Vocativ couldn’t confirm that Lyric is Scott’s daughter — she did not respond to our requests for comment — but she’d referred to Keith Scott as her dad in posts months before the shooting.

Last Friday, police in Tulsa, Oklahoma, shot dead an unarmed black man, 40-year-old Terence Crutcher. The man’s family claimed his SUV broke down, and he was waiting for someone to help him. An attorney for the officer involved later said the officer believed Crutcher was trying to get a firearm from his vehicle, CNN reported.