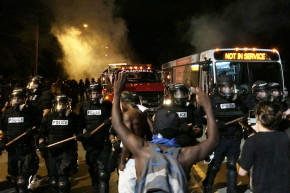 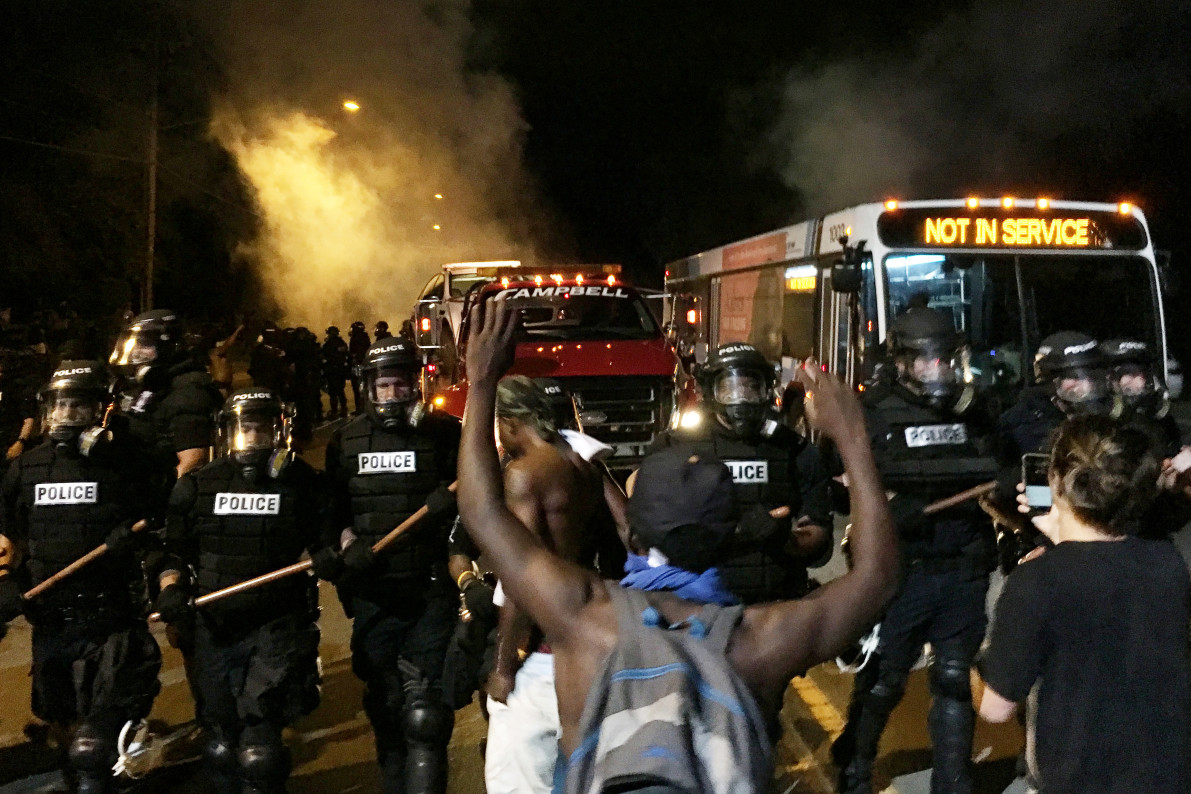 Students argued on social media both for and against the protesters — REUTERS
By Jacob Steinblatt and Adi Cohen
Sep 21, 2016 at 5:17 AM ET

Students at University of North Carolina Charlotte are posting inflammatory messages onto social media as protests erupted on campus Tuesday evening — hours after police killed Keith Lamont Scott, who the department says was armed. Witnesses argued Scott was disabled and unarmed when police officers shot him as they searched an apartment complex about a mile away from the UNC campus.

The shooting sparked large protests on campus which were met by police in riot gear. The Charlotte-Mecklenburg Police Department’s official Twitter account said 12 officers were injured in clashes with protesters, one of them struck in the face by a rock.

Approximately 12 officers injured. One officer hit in face with a rock

The demonstrations prompted pushback by other students, who posted threats of violence and racist taunts onto social media. One student, in a post that was widely shared before it was deleted, took a selfie holding a gun captioned with “you’re about to catch me on the news.”

On Twitter, more than 2,600 tweets used the hashtag #UNCC between September 20 and 21. Of that, many were black students reprimanding white students expressing fear for their safety, explaining they live with that fear all the time.

I'm amused at the amount of white UNCC students who are "scared for their safety," that's how black men feel on a day to day basis