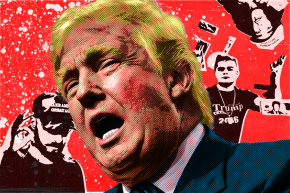 The Internet Pop Stars Famous For Singing About Trump 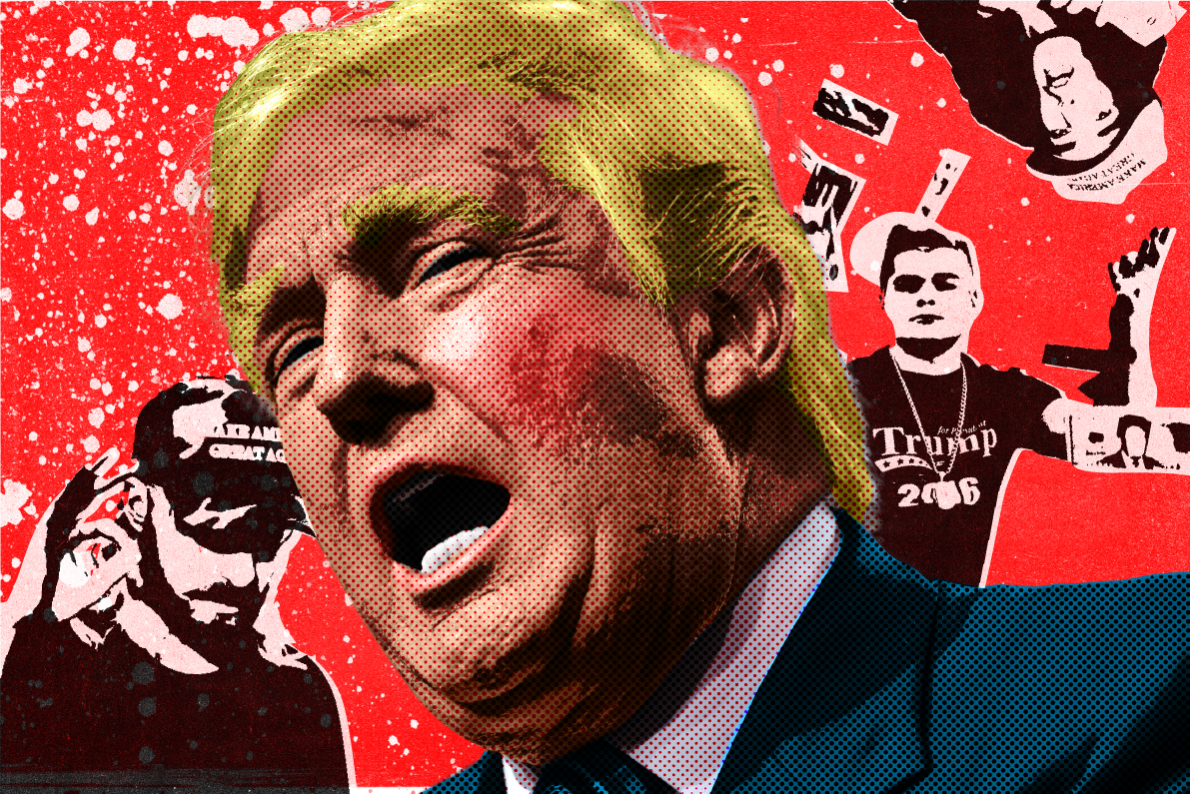 The bolt of lyrical inspiration struck Scott Isbell while he was watching CNN last year. Three syllables is all it took: Trumpified.

For Isbell, a 22-year-old pop singer and Emerson college student, the word captured his gut feeling about a nation that had recently become subsumed by Donald Trump’s defiant presidential campaign — which he feverishly supported. It also happened to be the perfect hook for a new track that he had written.

From there, the rest came easy: I been Trumpified / Donald Trump’s gonna make countries bow before our eyes / I been Trumpified / The Art of the Deal, please have no fear Trump’s arrived/ Please somebody help me / Find the Trump and spread him all around the world / Impossible / Nothing’s impossible if you believe and dream.

“Lord knows what my suite mates were thinking of me at the time,” said Isbell, who spent the next several months recording and mastering “Trumpified” in his dorm room in the fall of 2015. Released that December, it’s now been played on Soundcloud 98 million times.

Isbell is among a cadre of aspiring pop and hip hop artists who have seized on the Trump zeitgeist to propel their budding careers, often to great effect. Crafting catchy beats and lyrics befitting of their brash subject, these young men — and they’re all men — have earned loyal fans and accolades among fellow Trump supporters online. They have also fielded threats from those outraged by the dewey-eyed fandom that, at times, is as much mischievous performance art as it is a campaign rallying cry.

Much of this music has found a niche on Soundcloud, an audio platform and social network that allows users to produce and share content, alongside a host of conservative podcasts that have emerged during the this year’s presidential race.

“It’s all meme based. It’s internet trolling turned to music. That’s the best way I could put it,” said rapper Rockie Gold, whose “Donald Trump Anthem” and “Hillary For Prison” received bursts of online buzz this summer. After churning out pop songs for several years, the 18-year-old said his music didn’t take off until it resonated with fellow Trump fans.

“We’re all sensitive and offended by everything now. We don’t even say the pledge of allegiance anymore. It’s crazy, dude,” Gold told Vocativ. “I want the America that I know. The America that I grew up in.”

Trump’s lavish lifestyle and media celebrity has made him a fixture in hip hop for more than 25 years. Artists from Kid Rock to Kanye West have dropped references to the real estate mogul and reality TV star in their music. Ditto with the Beastie Boys, Ice Cube, and Nas, among dozens more.

His ascendency in American politics, however, has kindled an entire sub-genre of Trump pop takes. While the Donald’s conspicuous wealth still holds great sway in these tracks, it is matched by his campaign’s masculine bravado and provocative appeals to nationalism.

“Build the wall, it just got 10 feet higher,” sounds the autotuned refrain on Baked Alaska’s “MAGA Anthem,” a slow jam nod to the candidate’s pitch to curb illegal immigration along the U.S.’ border with Mexico. A former BuzzFeed employee and onetime manager for conservative firebrand Milo Yiannopoulos, Baked Alaska — whose real name is Timothy Treadstone — now sports a Trump tattoo and is rarely pictured without a pair of dark sunglasses and a Make America Great Again baseball hat.

Other successful Trumpadours focus less on his politics, and more on his aura of gold-plated excess and leopard-print bling. In the music video for “Donald Trump,” Florida rapper Mike Dece dons Trump-branded t-shirts and hats as he wanders around a luxury estate and flashes stacks of $20 bills while a bikini-clad woman twerks in a bedroom.

These songs have found an especially receptive audience among members of the alt right community, a grab bag of internet-savvy agitators and trolls who have taken up the Trump campaign as a cultural crusade. Most eschew identity politics, political correctness, and globalism, and have gleefully promoted the music across their vast social media networks.

There’s also plenty of die-hard fans outside the internet. Terry, an industrial engineer from Pennsylvania, recently turned his 1997 Ford Ranger into mobile placard of Trump slogans. Among them: Scott Isbell’s name, in big red letters, along with lyrics to “Trumpified.”

“He is one of the greatest song writers in America because we need to save our country,” Terry, who did not want his last name published, told Vocativ in an interview. “He’s probably the greatest Trump supporter I’ve ever heard.”

Trump’s troubadours also deliver their fair share of disharmony. Much like the barbs traded on the campaign trail, critics of the music routinely seethe and spew invective on the internet. Sometimes it’s far worse. Isbell showed Vocativ messages from angry listeners who have called him “racist,” “faggot,” and have threatened him with violence. In February, a group of hackers targeted his social media profiles and wiped them out, he said.

Gold said he’s similar backlash. “There are people who tell me to kill myself,” he said.

Questions also loom as to whether these performers can transcend the very Trump brand they embraced, and broaden their appeal to a wider audience of listeners. It’s a concern Gold said he’s grappling with currently. “I think I can take my talent beyond just Republican fans,” he told Vocativ in a follow-up interview. “I try to stay unpolitical now because I want to make serious music.”

Gold’s succeeded in part. His latest single, “Dicks out for Harambe,” is a millennial’s ode to the slain silverback gorilla and dark internet meme. It recently exploded on YouTube and climbed to number one on the Spotify Viral 50 chart.

Meanwhile, Isbell is doubling down on The Donald. His newest single, “In The Clear Now,” takes aim at those who skewered him over “Trumpified” while re-asserting the power behind Trump’s movement of supports. The song has topped eight million streams on SoundCloud in just three weeks. Isbell announced recently that he would donate all sales of the single made through his website to the Republican nominee’s campaign.

There’s just one thing that’s given him pause.

“I’ve put in all this time and effort, and have taken all this abuse, and have not gotten a response from Trump,” he said. “At the same time, I know how busy he is.”

Hope Hicks, a spokeswoman for the Trump campaign, did not respond to requests for comment on this story.