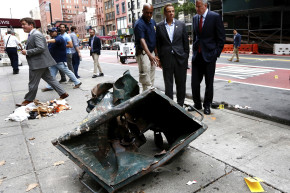 Captured: Bombing Suspect In Custody After Shootout With Police
By Sara Morrison

Captured: Bombing Suspect In Custody After Shootout With Police

Ahmad Khan Rahami was wanted in connection with the explosions in New York City and Seaside Park, New Jersey. 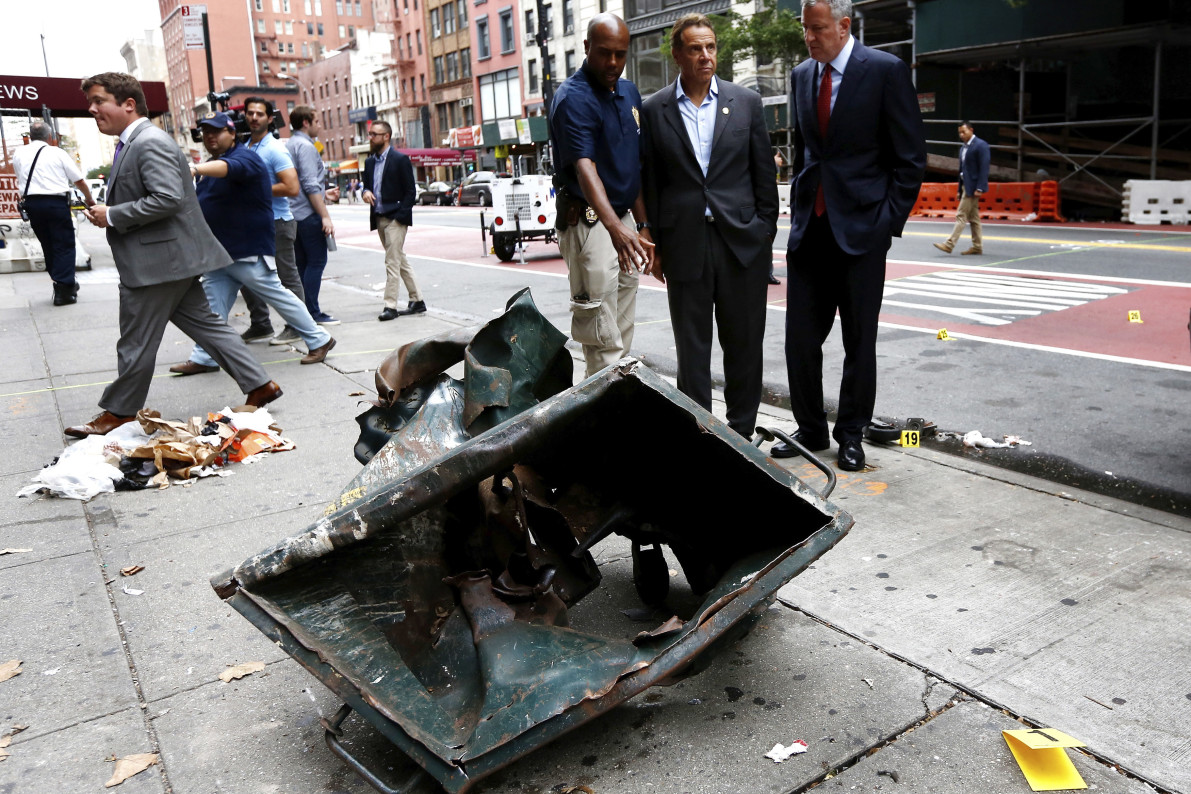 Ahmad Khan Rahami, the man believed to be behind a pair of bombings in New York City and New Jersey, was captured in Linden, New Jersey, after a shootout with police on Monday.

Rahami was found sleeping in the doorway of a bar, according to CNN, which was pleased to note that the bar’s owner recognized Rahami because he had seen his photo on CNN. He called the police. As they confronted Rahami, he pulled a gun. Two police officers were shot in the ensuing firefight, but neither injury is life-threatening. Rahami was also reported injured — he looked conscious but was bleeding from wounds on his right arm as he was loaded onto a stretcher in footage captured by ABC7 news.

A brief but widespread manhunt for Rahami began Monday morning, when the FBI identified him as a suspect and asked for the public’s help in finding him. New York City officials sent a terror alert to millions of smartphones in the area at around 8:00 AM, describing Rahami as “armed and dangerous.”

The New Jersey State Police posted pictures of Rahami on Facebook Monday, adding that he was also wanted in connection with a pipe bomb explosion in Seaside Park, New Jersey. The bomb detonated on the route of a Marine Corps charity race, but no one was injured.

“We have every reason to believe this was an act of terror,” New York City Mayor Bill de Blasio said Monday. He’d earlier avoided using that description. Supporters of ISIS were celebrating the bombing online soon after the attack, but no group has formally claimed responsibility.

Rahami, 28, is a United States citizen but was born in Afghanistan, according to information posted on the FBI’s website. Rahami’s last known location, the FBI says, was Elizabeth, New Jersey. That is the same town where several explosive devices were found in a train station early Monday morning, and where a business was raided by FBI and ATF agents.

Surveillance video showed Rahami on Saturday planting bombs in trash cans on 23rd Street and another blocks away, according to the New York Times. A finger print on one of the pressure-cooker bombs also linked Rahami to the incident.

Twenty-nine people were injured when a bomb went off on a crowded sidewalk around 8:30 pm on West 23rd Street on Saturday night, in the downtown neighborhood of Chelsea. All the injured have been released from the hospital.

This is a breaking news story. Please check back for updates.