Chelsea Bomb Was A Homemade IED With Online Instructions 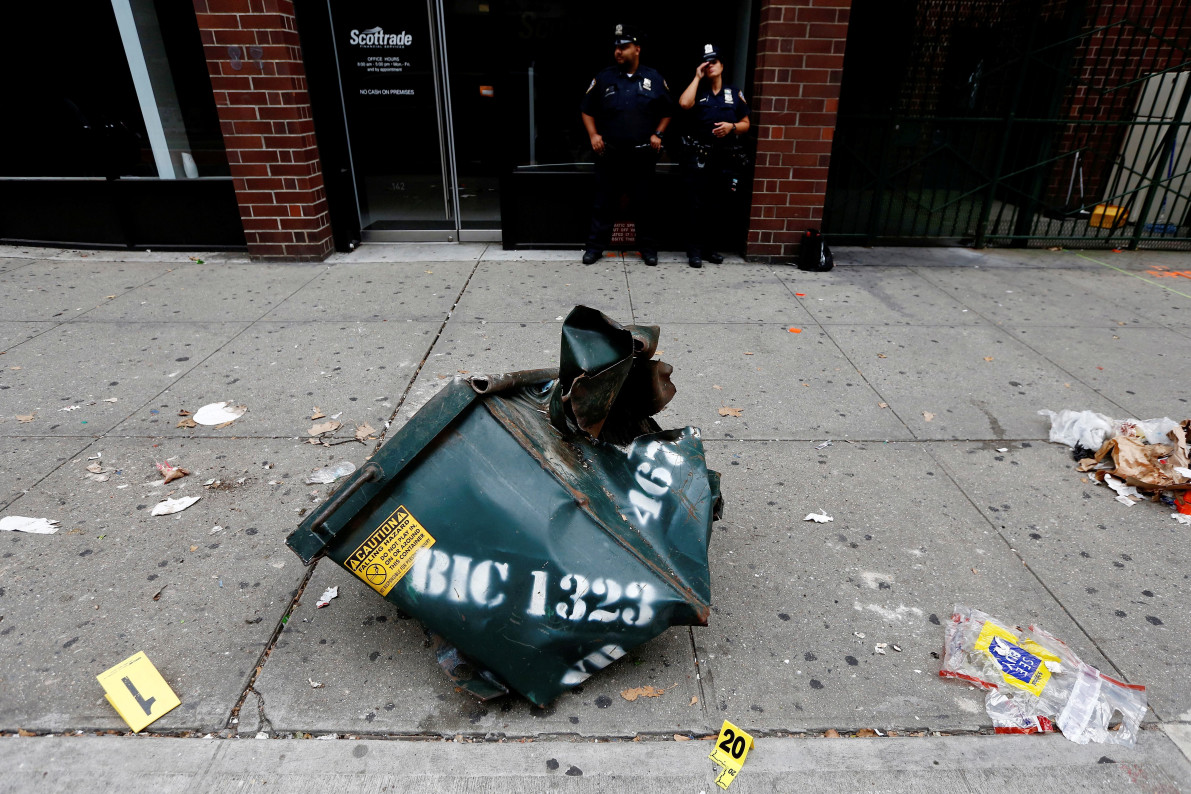 The force of the explosion sent this dumpster flying across the street — REUTERS
By Jacob Steinblatt and Gilad Shiloach
Sep 19, 2016 at 7:46 AM ET

Anybody with an internet connection, credit card, and a grudge could have produced the same explosive device that detonated in Manhattan’s Chelsea neighborhood on Saturday evening, injuring 29 people. The device, comprised of a pressure cooker, a cell phone detonator, and a common explosive chemical compound known by the brand name Tannerite, exploded with enough force to launch a heavy steel dumpster across the street.

All the materials necessary to construct such an explosive device, as well as detailed instructions, can be found online with ease, granting any “lone wolf” with an agenda the potential to cause serious harm. Following the Chelsea bombings, Vocativ found dozens of bomb-making guides for similar devices in sources connected with ISIS and other terror groups on social media. For example, members of an ISIS-affiliated group on Telegram titled “The Secrets of the Mujaheddin,” that has been active on a daily basis since early June, were found promoting bomb-making guides and “encyclopedias” for novice jihadis.

Users circulated an instructional guide described as “a varied encyclopedia for explosives and booby-trapping” which includes detailed directions on how to build a pressure-cooker bomb with ammonium nitrate fertilizer. On July 12 this year, members of the same channel posted a guide called “Explosion Using A Cell Phone,” written by a person who used the name Abu al-Qaqa al-Shami. The 16-page guide includes detailed instructions on how to detonate an improvised explosive device by dialing a cell phone.

Tannerite is widely available on sporting goods websites, and is the favored compound for creating exploding targets on firing ranges. Gun enthusiasts are particularly interested in the compound, with dozens of posts about it on Reddit’s /r/guns community, as well as instructions on the production of homemade Tannerite available on multiple gun, outdoors, and survivalist forums.

While exploding mechanisms like Tannerite are completely legal, and almost always used responsibly, the FBI issued a warning in 2013 about its potential use in IEDs. James Howell, the armed man who was caught on his way to the Los Angeles gay pride parade in June, was reportedly arrested with five pounds of a “Tannerite type powder” in his car, substantiating the FBI’s earlier fears.

Instructions for using pressure cookers in explosions were first famously featured in a 2010 issue of al-Qaeda in the Arabian Peninsula’s online magazine “Inspire.” While each individual element of these devices is perfectly legal and benign, together they can be a destructive force.

The use of pressure cookers as housing for explosive devices has a long history, with one of the earliest notable uses in a thwarted al-Qaeda attack in Strasbourg, France in 2000. Since then use of the common cooking device has ballooned, leading the Department of Homeland Security to release an official bulletin in 2004 warning of the destructive potential of these devices in terrorist hands.