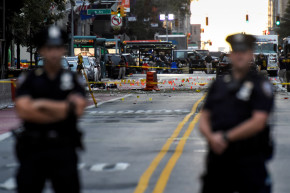 We've seen this robot before in civilian policing 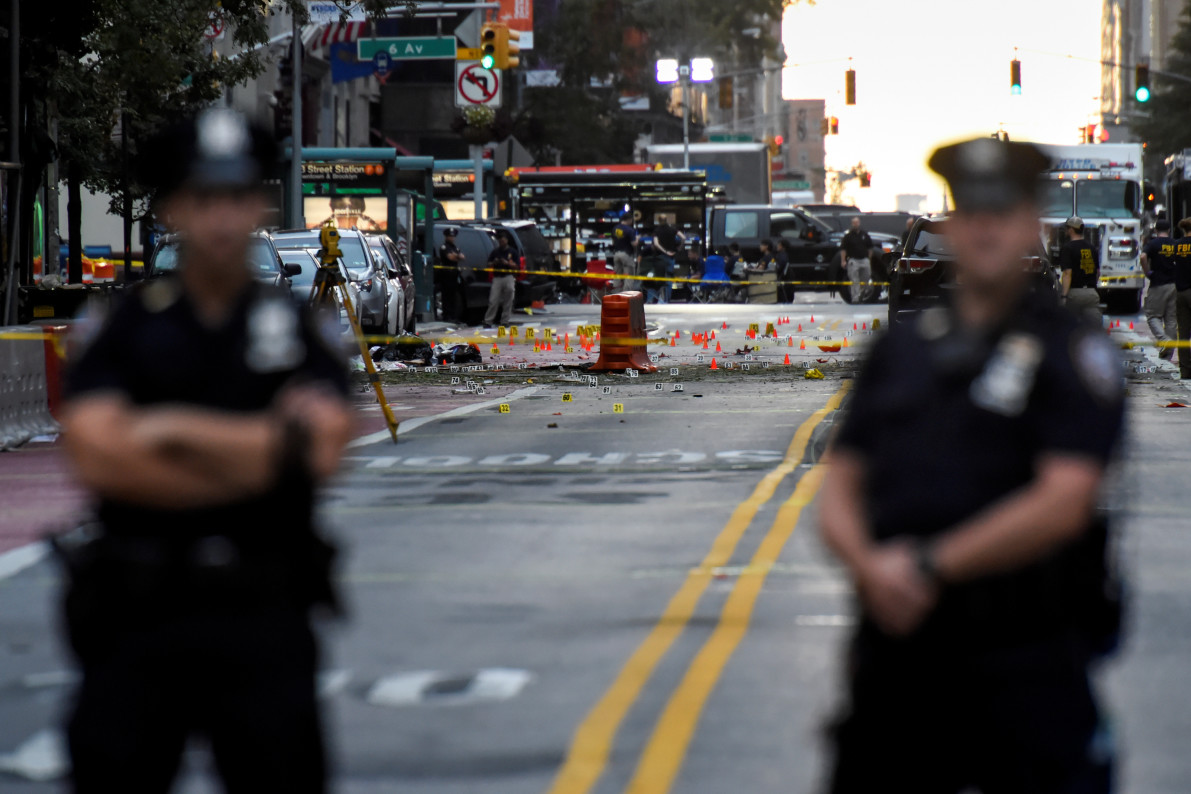 Authorities used a robot to deal with a suspicious device found on Manhattan’s 27th Street early on Sunday after a blast injured 29 people nearby.

Officials have described the device in question as a pressure cooker with wires, and said it was connected to what seemed to be a cell phone, according to reports. The robot removed the device, which was discovered in a plastic bag, and it’s since been taken to the Bronx to a firing range, a law enforcement official told the Associated Press.

The robot appeared to be similar to one used in Dallas in July, when five police officers were killed in a shooting. In that case the Dallas Police Department said a robot detonated an explosive device on the scene as a “last resort” to protect those who were threatened. The blast killed Micah Xavier Johnson, identified by authorities as the shooter.

Speaking about the robot used in Manhattan early on Sunday, CBS News Transportation Correspondent Kris Van Cleave described it as “the type of robot that many major police departments will have.”

“These are really key tools for a bomb squad because they’re equipped with cameras, they’re equipped with microphones,” he said in a live streaming video report. “It has a—almost like a utility belt, if you will, of tools that can be used to identify what kind of explosive you’re dealing with and can be fitted with options to disrupt that device.”

Van Cleave noted the robot used was a “military-inspired piece of technology” developed to dispose of bombs in combat. “This is a way to let the police see and hear what’s going on—get right up close to this device without having to put a person right up close to the device,” he reported.

A robot removing the device found outside our house last night. Thank you #nypd for keeping us safe. @mazdackrassi pic.twitter.com/SVawtv2Wow

LIVE on #Periscope: We live on 27th street. https://t.co/C9idHAmOfE

The robot probe took place after an explosion hit 23rd Street in Manhattan’s Chelsea neighborhood. No group or individual has claimed responsibility for the blast. Supporters of the Islamic State were quick to celebrate it.

“At this time there’s no evidence of an international terrorism connection with this incident, but it is very, very early in the investigation, and it’s just starting,” he said, according to CNN.

“It depends on your definition of terrorism. A bomb exploding in New York is obviously an act of terrorism, but it’s not linked to international terrorism,” he added.

At a noon press conference on Sunday, New York City Mayor Bill de Blasio said authorities are “going to be very careful and patient to get to the full truth” about what happened. “We know there was a bombing. That much we do know,” he said. “We know it’s a very serious incident, but we have a lot more work to do to say what kind of motivation was behind this.”

De Blasio said “all possible theories will be looked at” when it comes to any possible link to an explosion on Saturday in Seaside Park, New Jersey that led to the cancellation of a Marine Corps charity run. So far, investigators have found no evidence of a connection, he said.

The NYPD has asked that anyone with information on the 23rd Street explosion come forward. By early Sunday afternoon, all 29 people who were injured in the blast were released from the hospital, officials said.

IMPORTANT: Anyone with information on the explosion in Chelsea is asked to share it by calling #800577TIPS pic.twitter.com/BidZoVB7sA