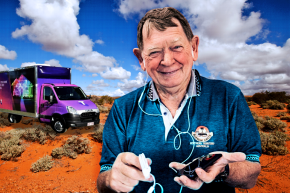 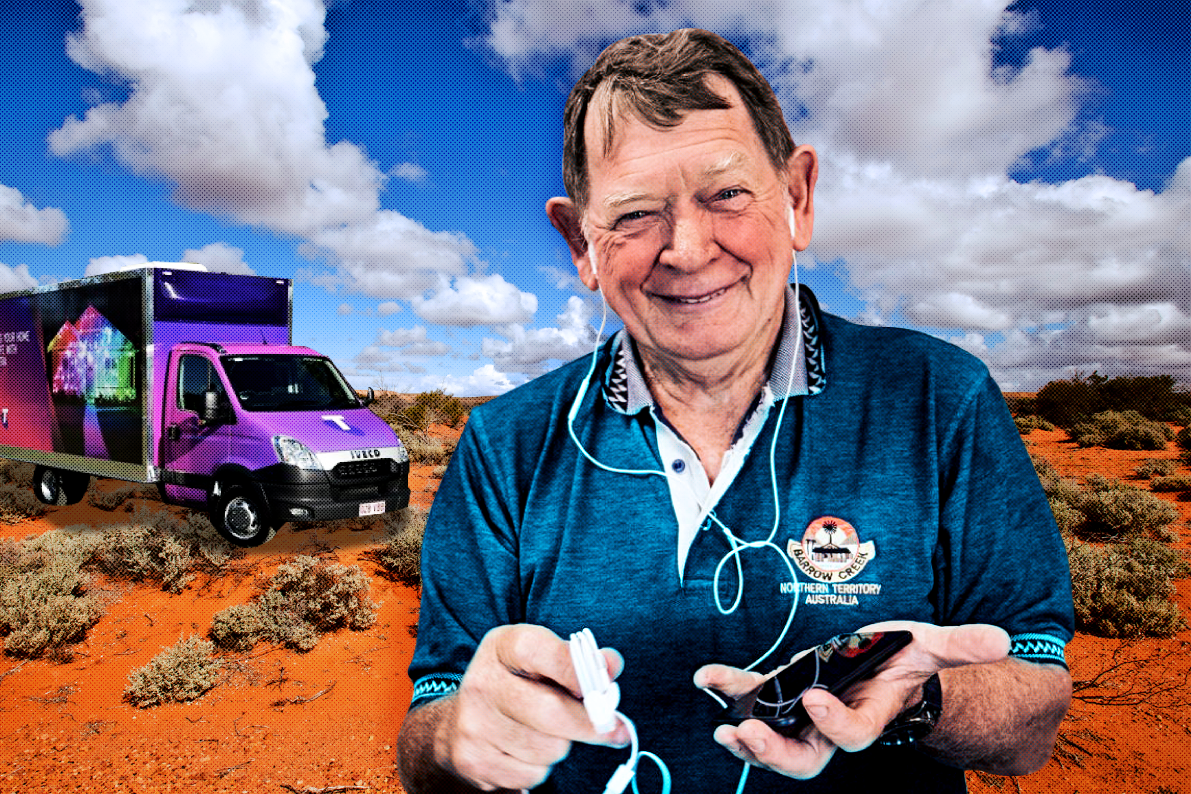 Les Pilton was among the first to get the new phone — Photo Illustration: Diana Quach
By Cassie Murdoch
Sep 17, 2016 at 10:28 AM ET

While many people had to wait in line for the new iPhone 7 on Friday, one lucky man sat back and let the phone come to him — all the way in the wilds of the Australian Outback. Les Pilton lives in Barrow Creek, a tiny town in the Northern Territory, and though the town is surrounded by 300 miles of wilderness, that didn’t stop Telstra, a local mobile carrier, from making sure he got his new phone first thing.

Pilton, who has owned his town’s only pub for the past 28 years, had been using an outdated Nokia flip phone. He finally made the decision to upgrade to modern times, and since it was a haul for him to get to the nearest store, Neale Wigney, Telstra’s manager for the Northern Territory, decided to bring the phone to him.

It wasn’t a totally selfless gift, as the company is getting some good publicity out of the trip. Nevertheless, Telstra dropped the phone off with Pilton promptly at 8:01 a.m. local time, meaning he got the iPhone before Apple Stores had even opened in most time zones around the world.

He seems thrilled with his fancy new gadget. While he’ll surely share it with the rest of the town (total population: 4), he told Mashable he plans mostly to use it to run his business. One thing he said he wanted to do is take some photos of the beautiful nature he’s surrounded by. It’s probably only a matter of time until he’s the Outback’s biggest Instagram star.